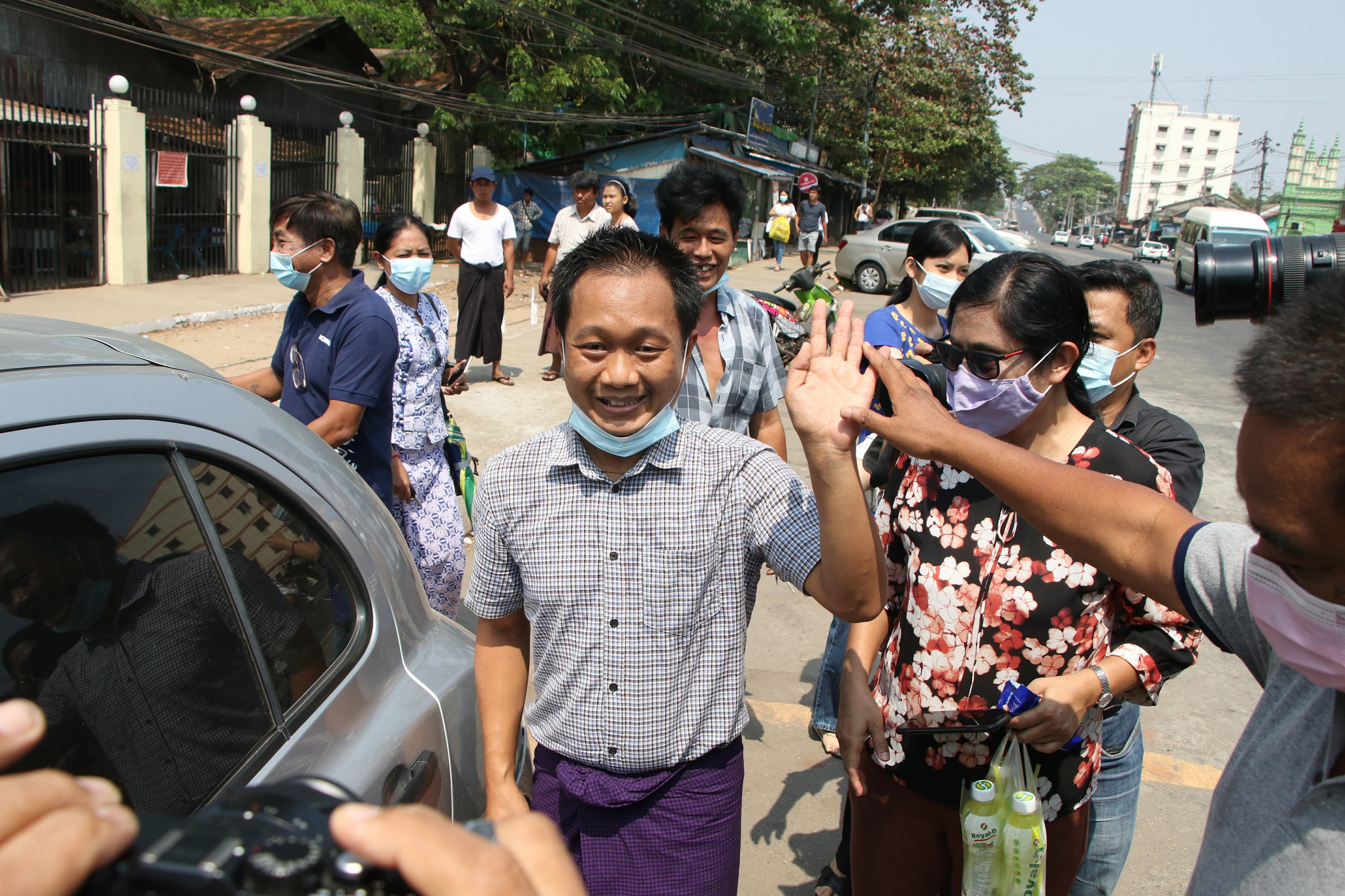 YANGON, Myanmar (AP) – Thein Zaw, an Associated Press journalist who was arrested more than three weeks ago while covering a protest against the Myanmar coup, was released on Wednesday.

Leaving a court hearing, Thein Zaw told the AP by phone that the judge in his case had announced that all charges against him would be dropped because he was doing his job at the time of his arrest. He also called his family.

“I am looking forward to meeting my family members,” he said. “I feel sorry for some colleagues who are still in prison.”

Thein Zaw had been charged with violating a public order law that carries a penalty of up to three years in prison.

He was one of nine media workers arrested during a February 27 street protest in Yangon, the country’s largest city, and had been detained without bail. Some 40 journalists have been detained or charged since the February 1 coup that toppled the elected government of Aung San Suu Kyi, about half of whom remain behind bars.

They are among the thousands of people who have been arrested since the inauguration, many of them protesters. On Wednesday, more than 600 protesters were released.

The AP and many press freedom organizations have called for the release of Thein Zaw and the other detained members of the press.

“The Associated Press is deeply relieved that AP journalist Thein Zaw has been released from prison in Myanmar,” said Ian Phillips, AP vice president for international news. “Our relief is tempered by the fact that more journalists are being detained there. We urge Myanmar to release all journalists and allow them to report freely and safely on what is happening within the country. “

Thein Zaw was arrested while photographing police, some of them armed, charging down a street against anti-coup protesters. A video shows that although he took a step to the side of the street To get out of his way, several policemen rushed up and surrounded him. One strangled him while they handcuffed him and then took him away.

He had been kept in Yangon’s Insein Prison, known for decades for holding political prisoners.

Thein Zaw’s attorney, Tin Zar Oo, saw his client for the first time since his arrest at a hearing on March 12 in which his pretrial detention was renewed, and even then it was via video link.

The Vienna-based International Press Institute welcomed the release of Thein Zaw, who said that “he was arrested for doing his job as a journalist and should never have been behind bars in the first place.”

“Myanmar must now immediately release all the other journalists it has,” said Scott Griffen, deputy director of the institute. “The military junta must put an end to all forms of harassment and intimidation of the media that cover the demonstrations against the coup and end restrictions on the publication and transmission of the media in the country.”