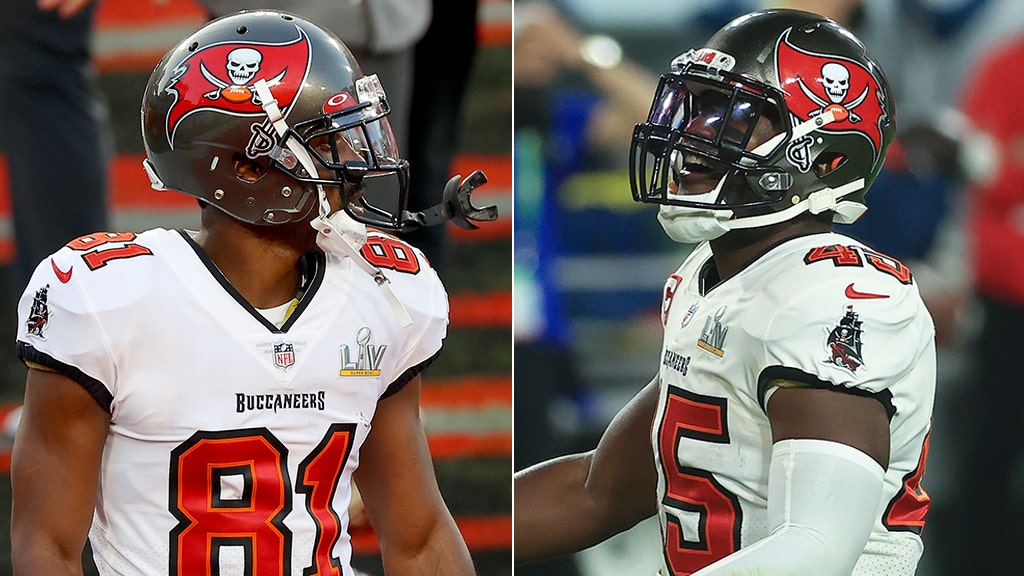 Antonio Brown asked the Tampa Bay Buccaneers to re-sign him on social media on Monday, but teammate Devin White chimed in to say they are “waiting” for him.

The Bucs celebrated being the first team since 1977 to bring back all 22 starters from a Super Bowl win in an Instagram post.

Brown, who remains a free agent despite being a key part of that success, commented under the “sign AB” message.

White, the team’s star linebacker, responded to Brown’s comment by saying “waiting for you.”

The back and forth between the two could be in reference to reports that Brown and the Bucs have been unable to agree on contract negotiations.

According to the NFL Network, the Bucs have expressed interest in Brown returning, but he is asking for more money than they are willing to offer. Brown made $ 2 million last season and the Bucs are looking for a similar number, while the veteran wide receiver wants something closer to market value.

Leonard Fournette, whose renewal earlier this month brought the last starter back, spoke about Brown’s status with the team and his hopes for him to return.

“I hope he comes back,” Fournette told ProFootballTalk last week. “Guys like that, you need to be around.”

“I think he’s just misunderstood, a lot. I didn’t know much about AB before we played together, but he’s a great guy to be with and I hope he comes back.”