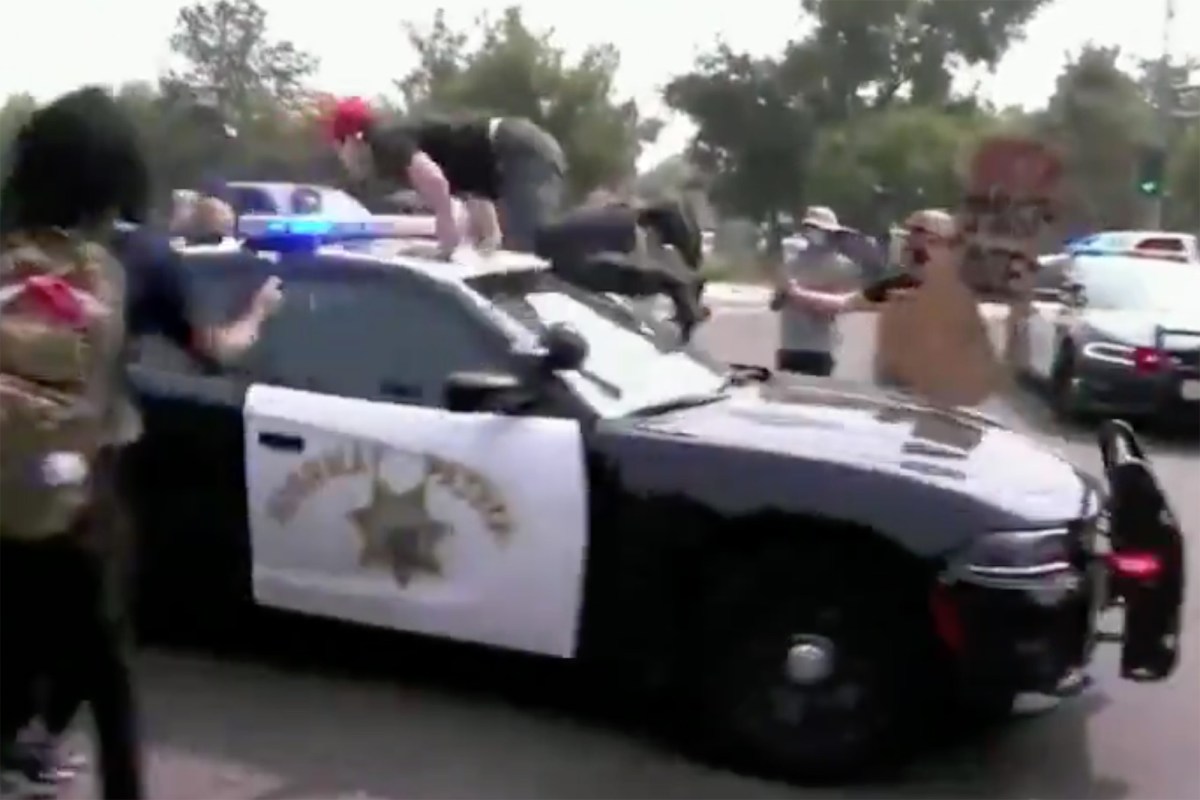 An anti-Trump protest in Sacramento hit a police vehicle on Monday, but was quickly thrown during the video show, when the driver sped away.

The incident came to light around 1:30 pm local time. A group of people were staging protests outside McClellan Airport, where the president met with the California government. Gavin Newsome discussed the ongoing wildfires in the state.

At one point during the demonstration, protesters surrounded a California Highway Patrol cruiser outside the airport, according to the video Posted on twitter By NBC Bay Area reporter Jodi Hernandez.

One of the protesters, who was wearing a red cap, then jumps on the hood of the car and later shows the footage when the driver retreats rapidly.

Some protesters ran to the aid of their fellow protestors, who lay on the ground as others were yelling at the driver of the cruiser, showing the video.

The newspaper said the man who fell from the police cruiser was taken from the ambulance.

It was not clear on Monday night that the person was seriously injured.