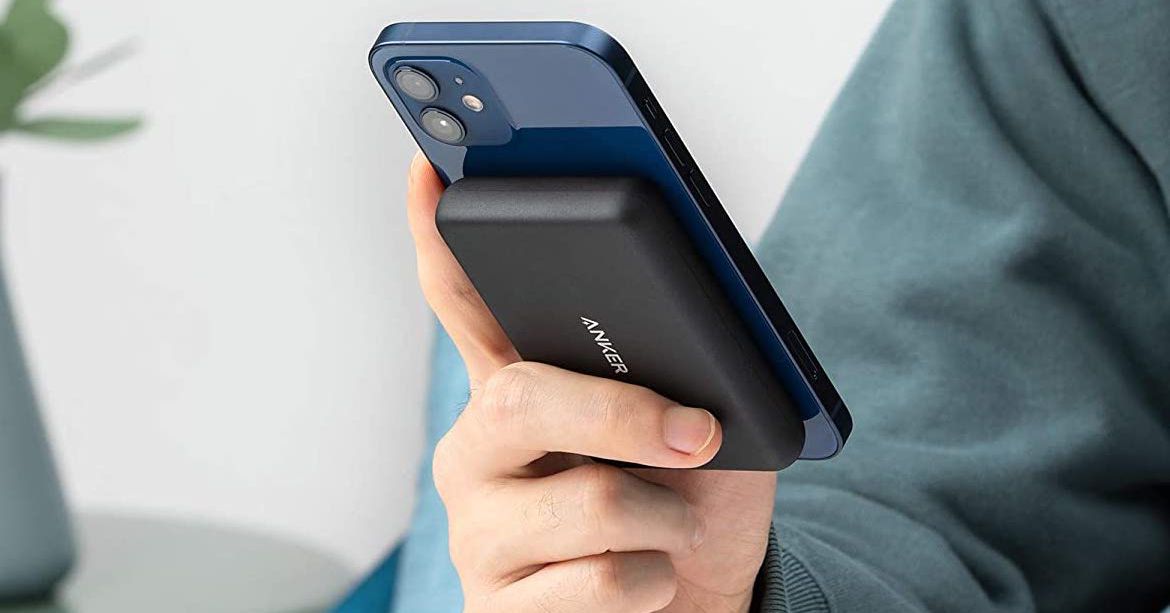 Anker has released a new MagSafe compatible battery pack that can be plugged directly into your iPhone to offer charging without the need for a cable. 9to5Google reports. The Anker PowerCore Magnetic 5K wireless power bank will launch on March 3 for $ 39.99, beating Apple’s own rumored MagSafe battery product on the market, with one big caveat.

The PowerCore Magnetic 5K Wireless Power Bank has a 5,000 mAh battery and the usual Anker power bank design, which includes an LED indicator light that lets you know how much power is left in the device. The device also has a USB-C output for charging with a cable. An extra 5,000 mAh is a significant boost, especially for the smaller iPhone 12 mini, but it’s limited by the device’s lack of MagSafe certification.

Certified devices, like Apple’s own chargers, can charge the iPhone at 15W, while the PowerCore is locked at a slower 5W charge. Your magnets can let it stick where other MagSafe accessories go, but the PowerCore cannot offer the usual MagSafe benefits.

Apple is rumored to be developing its own MagSafe battery accessory for iPhones, which would likely be capable of faster 15W charge times. The Apple device was initially mentioned in the iOS 14.5 beta, but that reference has since been removed. Until that accessory is released (if it ever is), Anker’s new PowerCore seems like a solid choice for more convenient wireless charging on the go.

The $ 39.99 PowerCore Magnetic 5K Wireless Power Bank was available to pre-order on Amazon, but has since sold out. The edge Anker has been contacted about refills of the device ahead of its launch on March 3 and will be updated if we get more information.