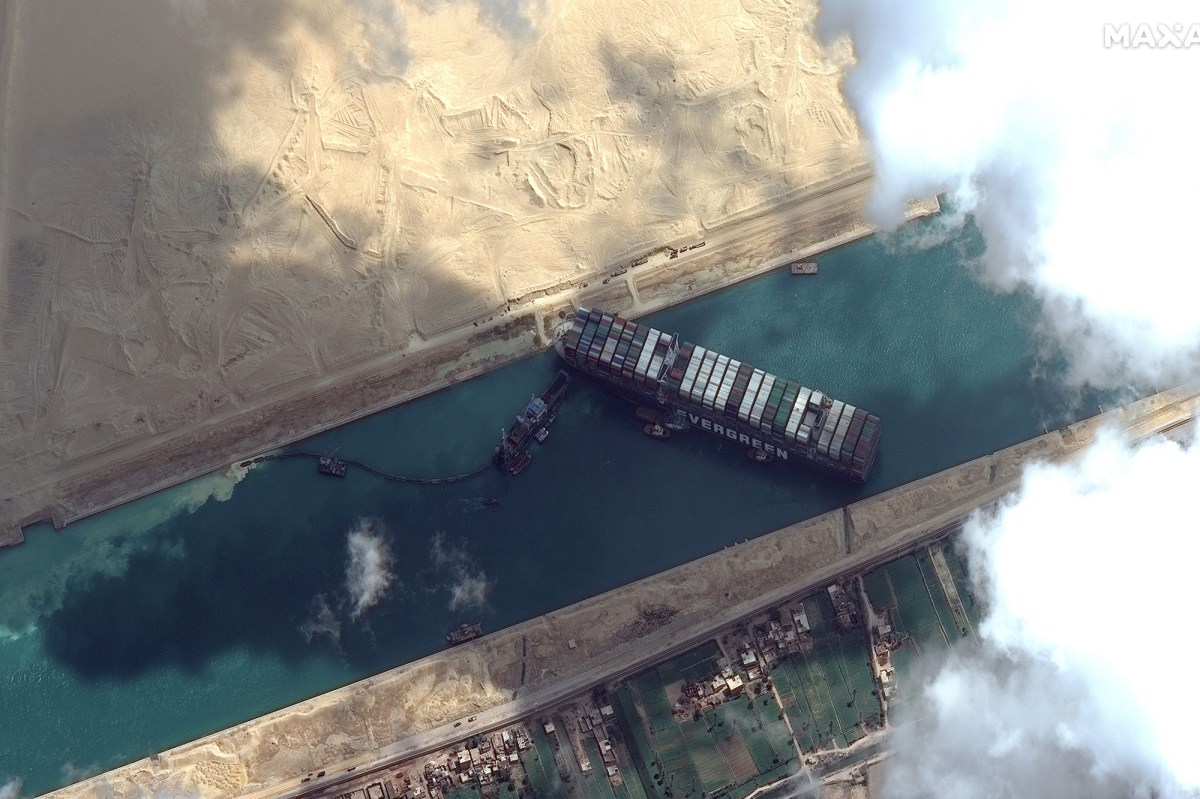 At least 20 boats stuck in the Suez Canal traffic jam are transporting livestock, raising concerns about the safety of animals on the fourth consecutive day of sea traffic blocked, according to a report on Friday.

The ships bound for the farm, some of which were loaded in Spain and Romania weeks ago, “appear to be all stuck at various points in the canal,” a spokesperson for the tracking website Marine Traffic and other sources told The Guardian.

“My biggest fear is that the animals will run out of food and water and get trapped on the boats because they cannot be unloaded elsewhere due to paperwork,” said Gerit Weidinger, European Union coordinator for Animals International.

“It’s basically a biohazard time bomb for the animals, the crew and anyone involved,” he said.

Floating farms have been stranded since the 1,300-foot-long Ever Given was wedged diagonally into the canal near Egypt on Monday.

About 200 ships, including Russian warships, bulk carriers and tankers, are still waiting to be freed from the clogged canal.

Authorities said there were no concerns about the animals’ immediate welfare, but Weidinger feared they would die if the trip was delayed much longer.

“Getting stuck on board means that there is a risk of starvation, dehydration, injury, accumulation of waste so that they cannot lie down and the crew also cannot dispose of animal carcasses in the [Suez] channel, ”he said.

The stranded cattle boats include the Omega Star and the Unimar that left Spain in mid-March, according to the outlet, which did not specify what kinds of animals are on board.

Five of the boats collected animals in Spain and nine had loaded them into Romania earlier this month, according to the NGO Animals International.

Spanish officials said Thursday they have stopped transporting livestock to areas where access to the canal is critical.

“We cannot tell you anything about these ships, but due to the blockage of the Suez Canal as a result of the freighter grounding, the Spanish administration has given orders not to load animal transport ships bound for Saudi Arabia and Jordan. until the canal can be navigated normally ”, said a representative of the Spanish Ministry of Agriculture.

Romanian agriculture officials did not respond to a request for comment, according to the outlet.