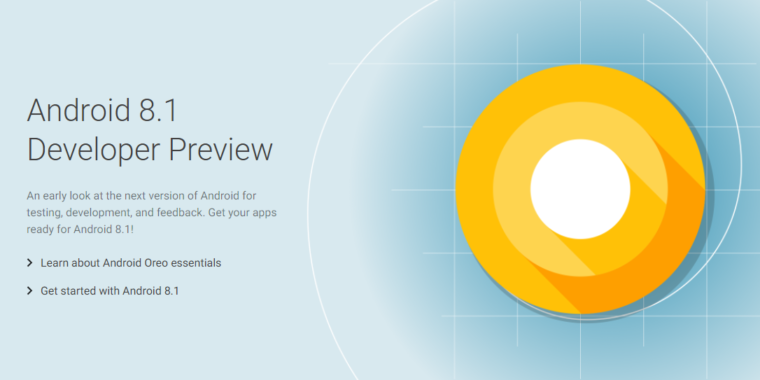 Google has released the second preview for Android 8.1 developers. This release brings an "almost definitive" version of Android 8.1 for Pixel 2 and 2 XL, Pixel 1 and 1 XL, the Pixel C tablet and Nexus 6P and 5X.

The first preview of Android 8.1, which was launched last month, was a disaster. The Google incremental update files did not work, and then the company had to remove them. The images of the complete system could not be flashed in Pixel 2 for a few days due to the need for a new version of the Android Development Tools that has not yet been published. When we finally got the files, we realized that the function's header – allowing Google's personalized SoC, the Visual Core Pixel – did not really work. After a little round trip with Google, the company confirmed that the Visual Core would be enabled in the second preview.

Except for any unforeseen inconvenience, this second preview should finally enable the Pixel Visual Core. The custom SoC designed by Google has been inactive in Pixel 2 and Pixel 2 XL. The eight-core chip will supposedly speed up Google's HDR processing and allow hardware acceleration for other machine learning tasks. Apparently, Google visualizes that all the Android phones have special hardware like this, since Visual Core is the first implementation of the new "Neural Networks API" (NNAPI) of Android 8.1. The new API allows application developers to write code for special neural network coprocessors such as Pixel Visual Core (and to provide a software backup for phones without special hardware).

In addition to enabling Pixel Visual Core, Google does not provide many details about this release. The first preview brought some minor UI settings, Bluetooth battery levels and the beginning of a "Connect SMS" function for Chromebooks. We will have Preview 2 installed and we will check if we find something interesting. This is the latest preliminary version of Android 8.1, and the final version will be sometime in December.