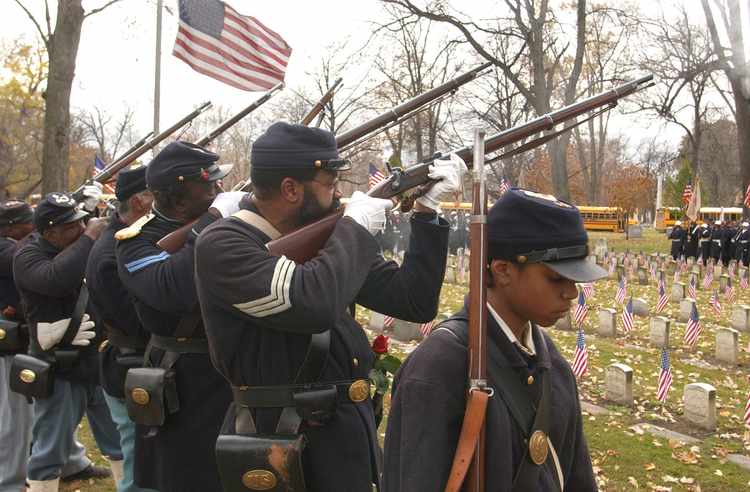 Independence Day has largely become a day for selling barbecue and furniture. For many Americans, however, it remains an important day of reflection, a day to celebrate the founding of this great nation. This Independence Day may be more important than any other in recent history, with continued protests and historical symbols under attack. America’s past sins are being dredged and re-examined. It is a good time, then, to look at the Declaration of Independence in its proper context.

I want to address my fellow African-Americans – this country is as much ours as anyone else’s, and has been from the beginning. Too many blacks believe that the United States is racist, that it does not promote equality, and that its founding principles do not include all citizens. This is evident in some blacks’ common response to Donald Trump’s 2016 campaign slogan, “Make America Great Again,” which was: “When was the United States great?”

The answer to this question depends on the definition of “great”. If “great” means “perfect,” then former Supreme Court Justice Thurgood Marshall’s judgment that our Constitution was “flawed from the start” seems true. However, when compared to other countries, all far from perfect, the United States was clearly unique. In the late 18th century, most of the world was ruled by tribal leaders who gained power through conquest or monarchs who inherited power through the family lineage and treated citizens as subjects.

The Declaration of Independence was special in the way it established the requirement for a new form of government. He, and the Constitution that followed, turned history around. Before the Declaration, leaders created laws to guide how people should act and live. The Declaration argued, on the contrary, that man was governed by the natural law that comes from the “God of nature”. The main objective of the government must be to protect these natural rights, granted to man by God. The document further stated that the power of government should be derived from the consent of the governed.

The argument that detractors make, and that we hear so often today, is that the Founders were racist and slave owners who did not believe that everyone should be included in the mission statement of the new nation. Applying such a gross general criterion to the Founders as a group is not very useful, since there were many differences between them; however, even if this judgment were true across the board, it would be unrelated to the greatness of idea on which America was founded. Regardless of the Founders’ failures, what they created was great and unique in history.

Furthermore, the best argument against slavery is the Declaration of Independence itself. If all men are created equal, then blacks cannot be excluded. If our rights are endowed by the Creator, they cannot be assigned or taken away by arbitrary leaders.

Because a younger America did not honor the freedoms granted to all, it does not deny the fact that blacks still had these rights; They were and are innate. Frederick Douglass, a former slave and abolitionist, said it best in 1864, at the height of the Civil War: “Abolish slavery tomorrow, and there is no need to alter a sentence or a syllable of the Constitution.”

The same is true of the Declaration of Independence. Did you promote equality? The answer is clearly yes. If you are not sure, here is a test. What if the government limited itself to laws that only ensured natural rights? Would it promote or suppress equality? That depends on what is considered equality. Natural law would dictate that a black man is free to pursue, for example, the role of NFL commissioner. However, it also suggests that those responsible for selecting the commissioner would have the same freedom of action and choice.

In an effort to rectify past mistakes, our culture has become obsessed with “diversity” and “inclusion”. Are these demands consistent with the virtue of equality? Any honest assessment of this enforced diversity movement would find it lacking. Phrases like “It’s time for a female president” or “We need more black trainers” are as antithetical to the goal of equality as John C. Calhoun’s argument that slavery was a “positive good” or the reasoning of the Supreme Court at Dred Scott case of 1857.

For the younger generation of Americans: You will inherit an undue burden. The new unequal vision of correcting mistakes, better described as “justifiable inequality”, will change the way you educate yourself. This means that to gain a full understanding of equality and the effect of human nature on it, you will likely have to study independently. Her studies will undoubtedly place great emphasis on slavery, Jim Crow, the treatment of Native Americans, unjust wars, gender inequalities, and many other failures. It is almost certain that you will not be given an idea of ​​the world of the past; Nor will it be told that the failures of the past are accusations of the elections of the men and women of that time, not of the principles that support our unique republic.

Without this perspective, one cannot help but have a biased view of America. What Thomas Jefferson (its main author) created in the Declaration is a document that would serve as the basis for the largest government experiment in human history. Unfortunately, our country is at risk today because too many citizens know little and appreciate less of this history and its context.

Finally, my son: I cannot protect you from the world. You will undoubtedly be subject to the harmful vision of America described above, often with the inference that you have fewer opportunities because of your race. This is a lie. I will do everything in my power to ensure that you understand the importance of freedom, liberty, and equality. If I do my job well, when you read this, you will know that you were blessed to have been born in America; and being black should strengthen, not weaken this belief. I hope that you uphold the principles of the Declaration of Independence and stand up to maintain our republic. He needs you