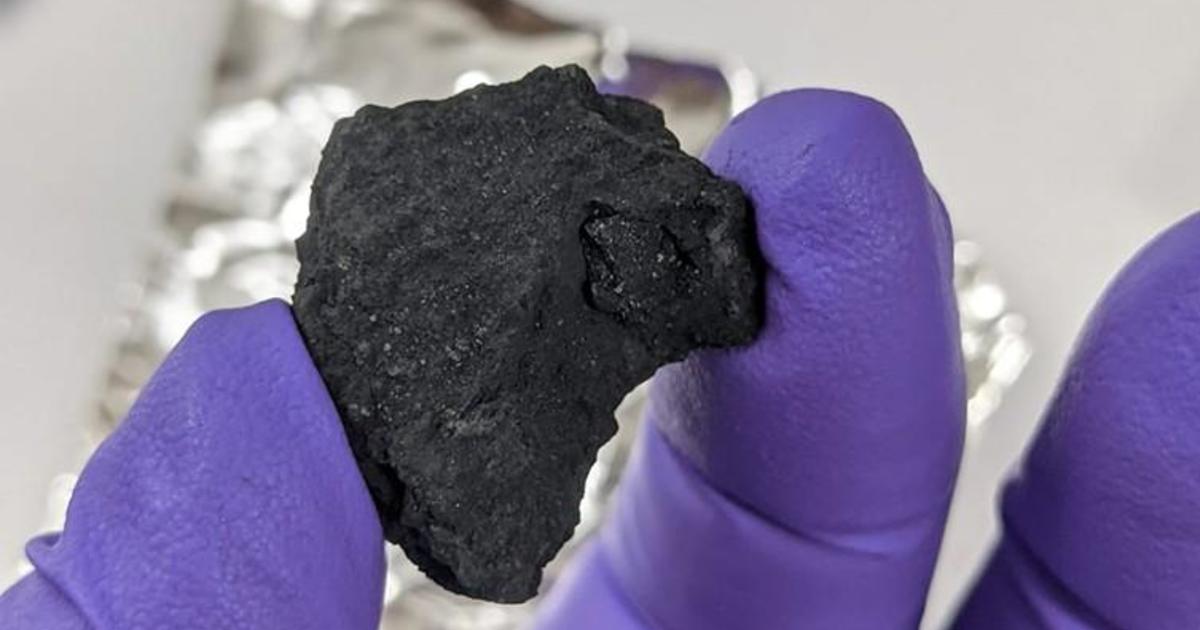 At the end of last month, a spectacular ball of fire lit up the night sky over the UK and northern Europe. Now, locals are beginning to recover leftover meteorite fragments, and scientists say they may contain the “building blocks of life.”

An extremely rare meteorite, found in an unassuming driveway of a house in Gloucestershire, marks the first piece of space rock discovered in the UK in 30 years, London’s Natural History Museum said in a statement on Tuesday. It will give researchers an idea of ​​what the solar system looked like when it was forming, about 4.6 billion years ago.

They have nicknamed it the Winchcombe meteorite, after the city where it landed.

The rare find is the result of a fireball detected on February 28, around 10pm, over the western part of the UK. The bright flash lasted about six seconds, the museum said.

The museum is now analyzing fragments of the meteorite, which weighs only 10.6 ounces. The special type of meteorite is known as carbonaceous chondrite.

“This is really exciting,” museum researcher Sara Russell said in a statement. “There are about 65,000 known meteorites around the world, and of those only 51 are carbonaceous chondrites that have been seen to fall like this.”

The researchers say the meteor’s relatively slow speed of about 8 miles per second may be due to the rock’s survival.

The man who found the meteorite had missed the entrance of the fireball and was surprised to wake up to a “black soot splatter mark” in the driveway. Researchers describe it as charcoal, but it feels much softer and more brittle.

The sample is in such good condition, it is essentially comparable to rock samples of space missions.

“For someone who really had no idea what it really was, the seeker did a fantastic job of collecting it,” museum researcher Dr. Ashley King said in a statement. “He picked up most of it very quickly on Monday morning, maybe less than 12 hours after the actual event. Then he kept finding pieces in his garden for the next few days.”

The museum said the rock likely contains soft clay minerals, suggesting that it once contained ice water. Carbonaceous chondrites are made up of a combination of minerals and organic compounds, including the building blocks of life: amino acids.

This type of meteorite comes from an asteroid that formed millions of years ago, when the planets of our solar system were forming. Scientists believe they have valuable information about our early solar system.

“Meteorites like this are relics of the early Solar System, which means they can tell us what planets are made of,” Russell said. “But we also think that meteorites like this may have brought water to Earth, providing the planet with its oceans.”

A record number of people saw and reported on the fireball, and there were a host of doorbell camera images, dashcam videos, and moments on social media to help scientists determine where the meteorite came from.

The UK Fireball Alliance determined that the alien rock approached Earth from the outer regions of the asteroid belt – located between the orbits of Mars and Jupiter.

So much space rock has been recovered, researchers can use the samples as a kind of test for the kinds of experiments they hope to conduct with meteorites returned from recent space missions.

“There are so many things that went well,” Russell said. “I was a PhD student when the UK’s last meteor fell and I’ve been waiting ever since. I’ve always daydreamed that there would be a carbonaceous chondrite, but you don’t really expect that to happen. It’s absolutely a dream come true.”