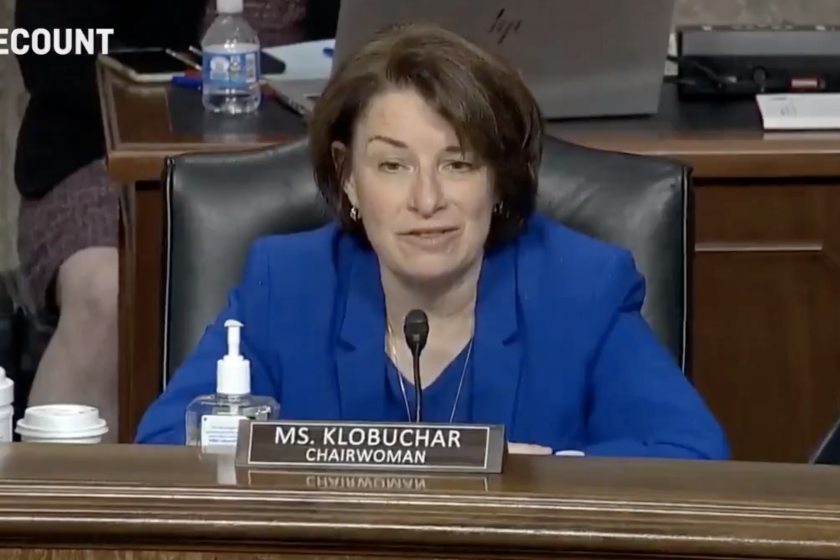 On Tuesday, former Capitol police leaders and other authorities tasked with protecting the Capitol building testified about the January 6 attack, telling conflicting stories about what happened that day. One thing that clearly did not happen was what Senator Ron Johnson (R-Wisconsin) shared during his opportunity to question law enforcement leaders: an account of the day published in the conservative publication Federalist, claiming that those who broke into the Capitol were apparently professional provocateurs and not the “working class” people seen protesting outside earlier in the day.

Ron Johnson is using his interrogation time during the Capitol security hearing to advance a conspiracy theory that the insurgents on January 6 were not actually Trump supporters, but were “provocateurs” and “bogus Trump protesters. “. pic.twitter.com/t72QkHDbaG

That suggestion went against the testimony of former Capitol Police Chief Steven Sund, who said Tuesday that the attack was “pre-planned” and that the insurgents were “well equipped, coordinated and prepared to carry out a violent insurrection in the United States. United”. Capitol. “And when the hearing ended, Rules Committee Chair Amy Klobuchar (D-Minn.) Made it clear that Johnson’s allegations were not correct.

Sen. Amy Klobuchar (D-MN) closes the insurrection hearing on Capitol Hill with what appears to be a nod to Senator Ron Johnson (R-WI):

“There is clear agreement that this was a planned insurrection, and I think * most * of the members here are very strongly on board with that.” pic.twitter.com/dyfeBCBcvZ

Around the same time that Johnson was sharing the conspiracy theory, federal prosecutors uncovered a case against a Capitol attacker who, in the weeks after the attack, had made it clear that left-wing provocateurs were not behind it. HuffPost reports. José Padilla allegedly used online forums to detail his experiences in the insurrection, making it clear that “the guy who broke the windows was not antifa” but “patriots.”