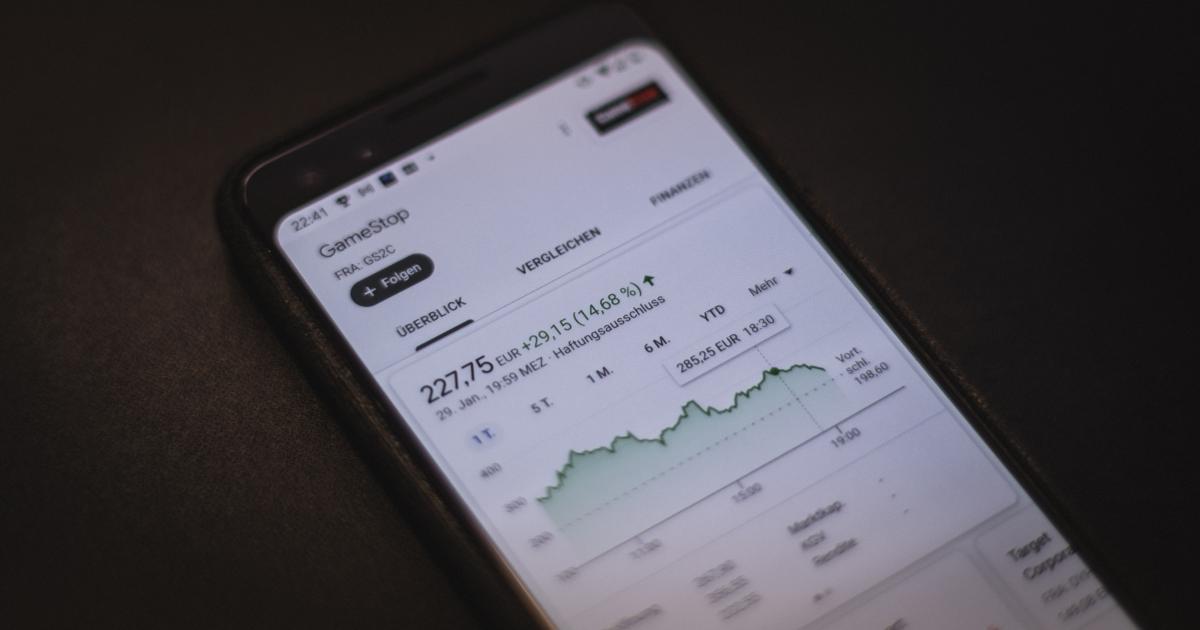 After several wild weeks in the spotlight, GameStop Corp. (NYSE: GME) released financial results for the quarter ended January 30th. On Tuesday, GameStop showed that it achieved its first quarterly sales increase in two years, but it fell short of Wall Street’s expectations. The game retailer also added an old Amazon.com, Inc. (NASDAQ: AMZN) and Alphabet Inc (NASDAQ: GOOG) Google executive for his team. However, the shares fell 33% due to a lack of transformation details.

Net sales were $ 2.1 billion for the quarter, down 3% from the same period last year due to coronavirus-related store closures in Europe and a 12% reduction in GameStop’s store base. The figure is also slightly below the $ 2.2 billion Wall Street analysts expected, according to Refinitiv. Net income for the quarter was $ 80.5 million, or $ 1.19 per diluted share, well below analyst projections.

However, it was a significant improvement from the $ 21 million in net income earned during the corresponding quarter last year. GameStop earned $ 1.34 a share on an adjusted basis, which is a penny less than analysts’ forecast. For the full year 2020, GameStop posted a net loss in excess of $ 215 million.

Global eCommerce sales were up 175% and featured a rare bright spot, generating 34% of the company’s total net revenue during the quarter compared to 12% during the same period last year. That bodes well for the company’s effort to transition to online sales, as it closed 693 net stores during 2020, and now has 4,816 stores worldwide.

Like-for-like sales grew 6.5% year-on-year during the quarter, compared with a 24.6% drop in the third quarter, driven by an increase in online revenue during the holiday period.

The retailer named former Amazon and Google executive Jenna Owens as its new chief operating officer, which is part of a broader restructuring of its leadership in an effort to end a years-long sales slump. GameStop has already won over Ryan Cohen, the co-founder of Chewy.com, who invested heavily in the company and became its largest shareholder, to lead an expansion of its e-commerce business.

In early February, Matt Francis, a former engineering lead for Amazon Web Services, was appointed as the company’s first CTO with responsibility for overseeing e-commerce and technology-related functions. Weeks later, the company announced that its chief financial officer, Jim Bell, will be stepping down and that it is seeking a new financial leader with the skills and qualifications to help accelerate the company’s ongoing transformation.

GameStop’s sales have fallen in recent years as it has struggled to adjust to the reality of digital downloads and free online games that have taken over the gaming world with shopping mall traffic declining as consumers have connected. But CEO George Sherman believes the company entered 2021 strongly, citing a 23% increase in same-store sales from February amid strong global demand for gaming hardware.

GameStop did not provide financial guidance for 2021. But Tuesday’s call was used to provide details of a number of other strategic initiatives aimed at turning the business around in 2021, such as a plan to establish a US-based customer service operation. Along with the expansion of its product. offerings beyond video games and consoles. By adding computers, monitors, mobile games, gaming televisions and other PC gaming products to its offerings, GameStop expects to expand its addressable market by more than fivefold.

In 2021, the emphasis will be on improving your e-commerce footprint, as well as the customer experience, by speeding up delivery, providing superior customer service, and expanding the catalog. The games retailer is obviously working hard to turn things around and transform into “a customer-obsessed tech company that delights gamers.” Many investors hope that Cohen can turn things around so that the game retailer can play the e-commerce game.

This article is not a press release and is a contribution from a verified freelance journalist to IAMNewswire. It should not be construed as investment advice at any time, read the divulgation. IAM Newswire does not hold any position at the listed companies. Press Releases – If you are looking for a full contact for press release distribution: [email protected] Contributors: IAM Newswire accepts submissions. If you are interested in becoming an IAM journalist, please contact: [email protected]

The publication GameStop needs to put its face in the game appeared first on IAM Newswire.

Photo by Michael Förtsch on Unsplash