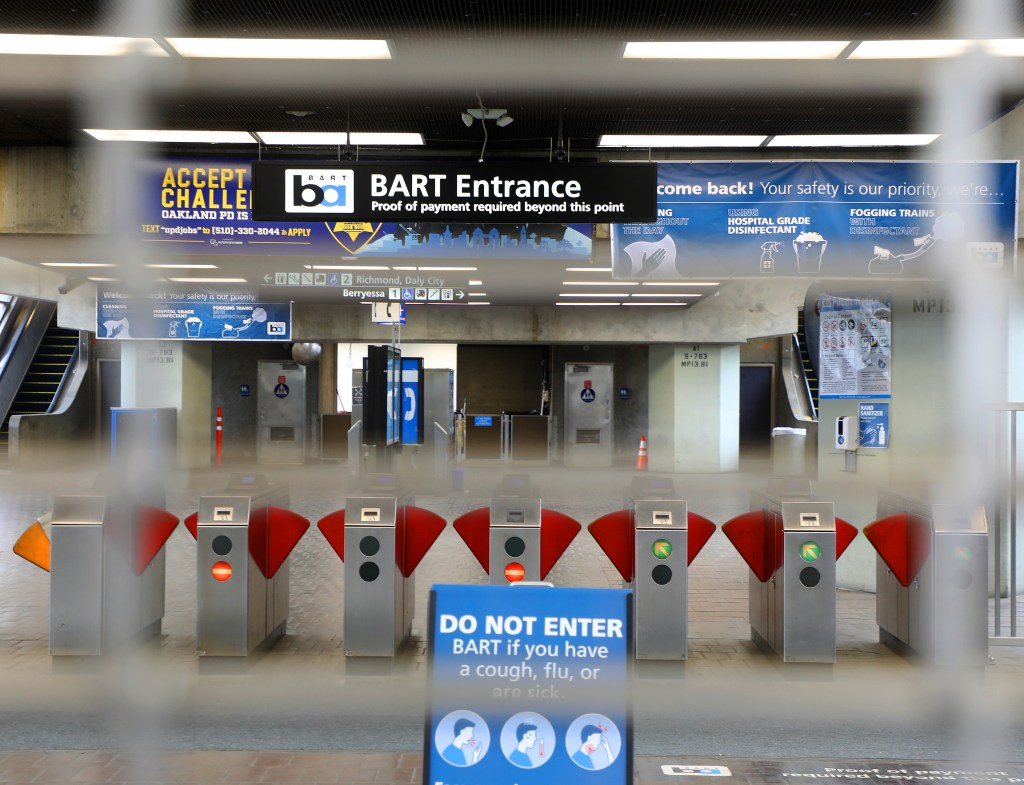 SAN JOSE – All BART stations were returned online by Sunday afternoon, when a computer problem shut down the transit agency in the morning.

BART spokesman Jim Ellison said the agency restored service to all San Francisco, Peninsula and East Bay stations. Employees were still gathering information about the computer communication problem. In a source posted on Twitter before 2pm on Sunday afternoon, BART officials said that one of the dozens of area network devices is “disrupting the operational communications network.” The system, BART said, “failed failed safe mode and shut down.”

“Engineers and technicians worked to locate the failed device and restore communication functionality,” BART officials said. “It is unacceptable that there is no service. Engineers have implemented a configuration change to the network that I hope to protect from future device failures that could possibly shut down the system. We apologize for not being able to provide the service first.

A few minutes after BART began service at 8 am Sunday, a service alert was sent to alert weekend commuters looking for alternative transportation options. The agency said that partner transit agencies including AC Transit, CCCTA, TRAI Delta, WHEELS and MUNI were providing bus services throughout their service area.

Service was restored at all East Bay stations, E-Bert and Oakland Airport Connector just before Sunday afternoon. The agency was able to send trains to San Montgomery Street station in San Francisco for the first time, but could not open service south until about 12:20 a.m. in the peninsula.

In an earlier statement posted on Twitter, BART said it had experienced a “computer communication problem”.