Ali Abdullah Saleh: Encounter with the man who thought himself invincible 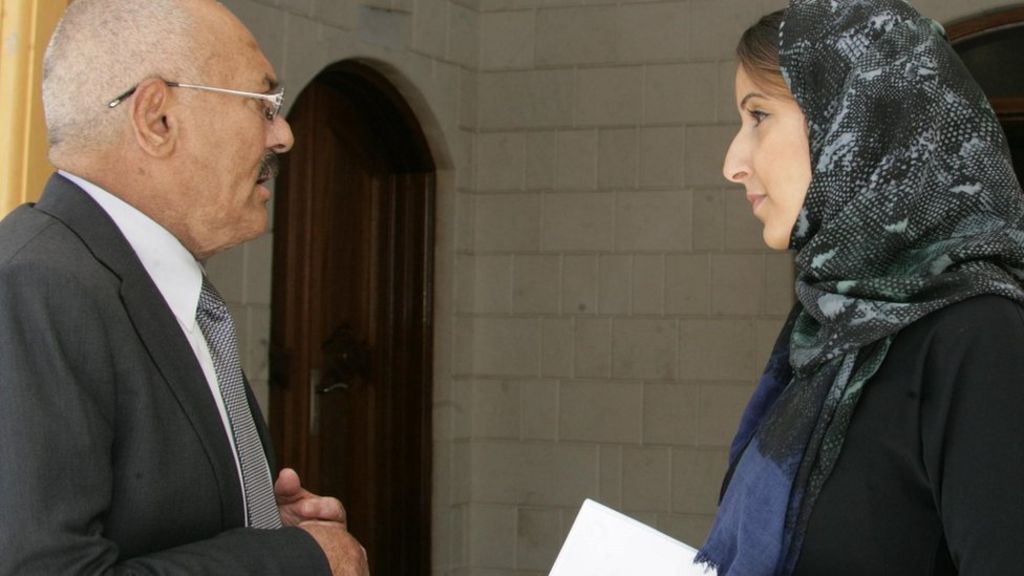 Seeing the grim images of former Yemeni President Ali Abdullah Saleh, his motionless, lifeless body wrapped in a blanket, with a deep wound on his head, brought back memories of the days after the attack on his local mosque in Sanaa six years ago

He had been badly burned and was flown for treatment in Saudi Arabia, but, to everyone's surprise, he reappeared a few weeks later with a bruised but combative look.

That's when I had my first encounter with him.

I asked him about the Arab Spring, the attack on the mosque, and how he felt listening to his Yemeni compatriots, in their hundreds of thousands, calling for his overthrow. He confidently told me that the day will come when those same Yemenis would beg for his return.

For four decades, Saleh was the central figure in the modern history of Yemen.

He was also a key culprit in the country's descent into civil war.

His reluctant abandonment of power in 2012, imposed by the Arab Spring after 33 years of government, led his deputy backed by Saudi Arabia, Abdrabbuh Mansour Hadi, to the presidency.

In 2014 Saleh forged an awkward and improbable alliance with his former enemies the Houthis to facilitate his taking of Sanaa and, finally, forcing Mr. Hadi to flee to Saudi Arabia.

Although most observers believed that the alliance was doomed to failure – it was after all, among political rivals who had fought no less than six wars between 2004 and 2010 – few predicted that it would end in such a bloody end, dramatic and tragic. fashion.

In December 2016, I met Saleh again. Days earlier, an air strike by the coalition led by Saudi Arabia in a funeral parlor had killed 140 people, the bloodiest attack of the conflict to date.

It was soon revealed that the attack had been directed at Saleh. Once again, he had escaped death.

I was anxious to meet the most wanted man in Yemen. They took me in a covered vehicle and I could not see anything.

The sound of fighter jets flying overhead was not rebaduring either, to say the least. But when I sat with him, he clearly was not afraid of the planes that ominously crossed the skies above us, and this made me feel comfortable.

Saleh told me about his last meeting with the Houthis, and joked about how, sooner or later, they would end up in their northern bastion of Saada, as if their destiny were decided by him.

When I asked him about the atrocities that he and the Houthis were responsible for, he insisted that he was not the one in control, placing the responsibility firmly at the door of his allies.

Thinking of me now, and considering everything that has happened in recent days, I doubt that I really believed that.

After the interview, as we were leaving the house, he looked around and told his personal badistant, Ali al-Shater: "This house is lovely, when the war is over, let's build two of these for myself".

They were the words of a man who thought himself invincible.

Famous Saleh claimed that governing Yemen was similar to "dancing on the heads of snakes".

Clearly he thought he would get away with changing loyalties one more time. On Monday, the Houthis showed him he was wrong.