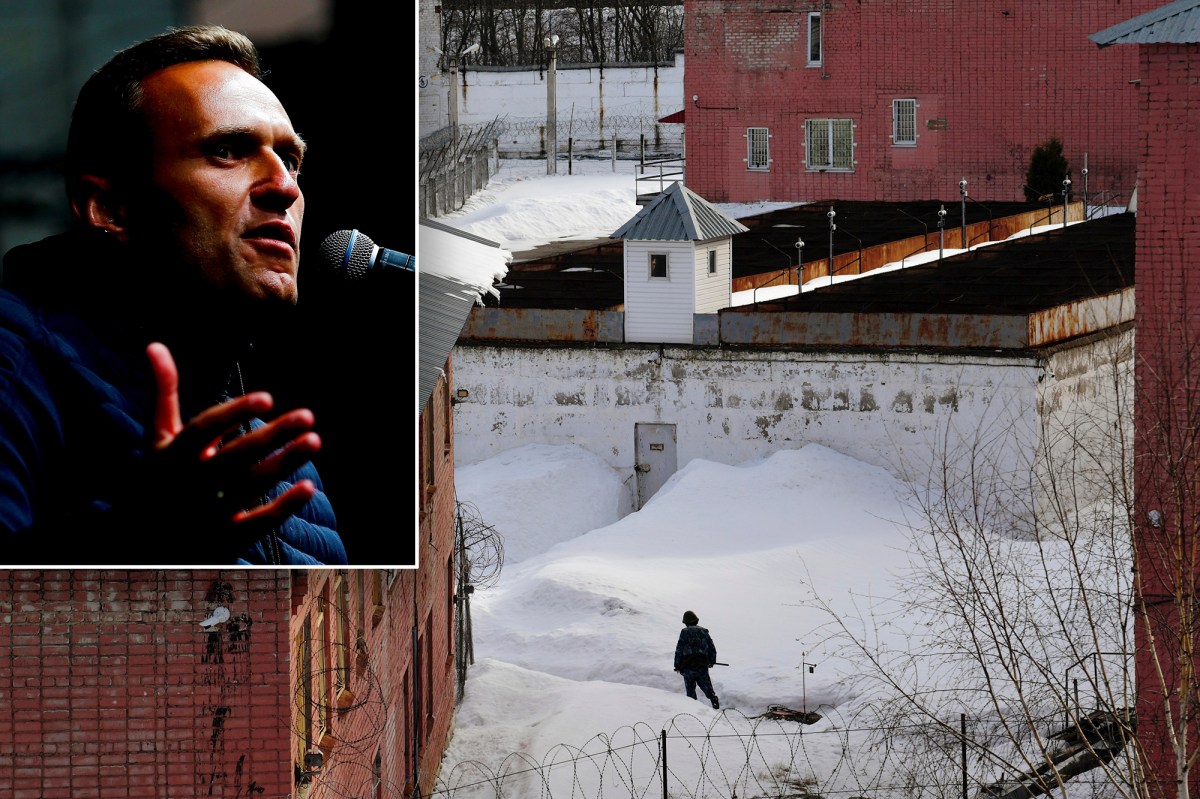 Russian opposition leader Alexei Navalny is “seriously ill” in the penal colony where he has been held and was recently transferred to the prison sick room to receive treatment for a respiratory illness, according to reports.

The long-time critic of Vladimir Putin, who had already been struggling with his health, said in a Monday note that he was coughing and had a fever of 100.6F, The Guardian reported.

Navalny has reportedly been tested for COVID-19, but it is unclear if the results have returned or if he tested positive.

However, several inmates in his ward have previously been treated for tuberculosis, the opponent said.

Olga Mikhailova, a lawyer for Navalny, told Echo of Moscow radio station that a member of Navalny’s legal team visited him on Tuesday and that he was “in pretty bad shape.”

“He has lost a lot of weight, he also has a bad cough and a temperature of [100.6F]Mikhailova said.

“This man is seriously ill. It is complete outrage that the IK-2 [prison] it has brought him to this condition. “

Navalny, 44, is serving a two-and-a-half-year sentence on charges of embezzlement that human rights defenders have called bogus and politically motivated and as a result of the lawyer’s attacks on Putin.

He was arrested in January after returning from Germany, where he was twice poisoned with a Soviet-era nerve agent.

Last week, Navalny declared a hunger strike when prison officials refused to allow him to see a personal physician to help treat pain and numbness in his back and legs that made it difficult for him to walk.

He previously described the prison as a “genuine concentration camp”.

On Tuesday, several supporters who traveled to the prison to protest the lack of medical care were arrested by Russian police, including Anastasia Vasilyeva, head of the Alliance of Doctors of Russia, and three other members of the group.

Reporters from CNN and Belsat, a Polish television station, were also detained, The Guardian reported.

“We come here today to offer help,” Vasilyeva told reporters before being handcuffed. “There is no war here. Let’s solve this problem as people. “

Navalny’s wife, Yulia, published a letter sent Tuesday by the prison director explaining that her husband could not be sent to a hospital because he did not have his passport.

In addition, she claimed that the warden made fun of her husband by roasting a chicken in front of him and handing out sweets to fellow prisoners, while Navalny continued his hunger strike.