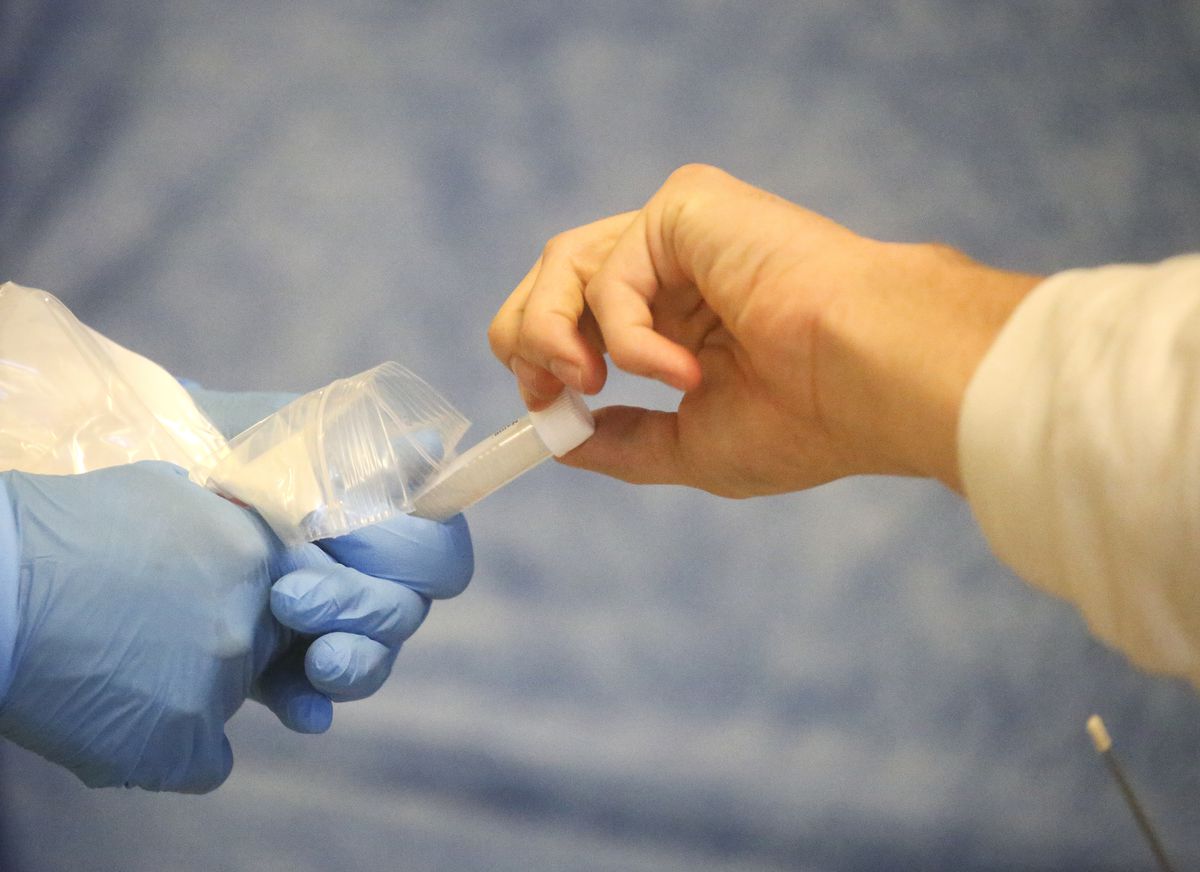 Alaska is in the midst of an unprecedented increase in COVID-19 cases: the current increase far exceeds any other previous increase and lasted more than three weeks.

Cases of new coronovirus-related disease are appearing in every corner of the state – eight of the state’s 11 areas are in high-alert zones – as of one more death in Alaska and 204 new COVID-19 cases Saturday. occurred to. Department of Health and Social Services COVID-19 Dashboard.

The number of cases of the virus has increased in many parts of the lower 48. Alaska reported daily reported triple digits for 24 straight days.

According to the state’s health department, the death on Saturday was reported to a Fairbanks man in the 90s who died recently. Altogether 67 Alaskans have died with COVID-19 since the epidemic began in March.

According to state data, on Saturday statewide, 50 people with COVID-19 were hospitalized, while 18 other hospital patients were awaiting test results. Hospitalization for COVID-19 is often referred to as a “lagging indicator”, meaning that people may show up in the hospital weeks after initially testing positive.

In new cases, it was unclear how many patients were showing symptoms of the virus when tested positive. While people may undergo an investigation more than once, each case reported by the state health department represents only one person.

The current boom is different from the state’s previous spike in July, state health officials told reporters on Thursday: There are more cases at the moment, but more tests are available now – though the state still needs more. In many rural communities, there are more cases across the state than concentrated outbreaks at fish processing plants occurring in July.

“We have better treatment and understanding of the disease now than we did in July, and so we think that it is playing a role in the hospital at the same time as the death,” Alaska’s chief medical officer, Dr. Anne Zink, said on Thursday, call with reporters.

But the biggest difference between the current spike and the summer boom is that it is colder, Gink said. More people are indoors and more people are tired. Challenges only mount as more people head for the season.

“We understand this disease better every day,” Zinc said. “And so we really want to encourage Alaskans to be optimistic (and) to be able at the same time. I think this fall and winter can be very challenging because cases are increasing.”

Health officials say it is not too late to slow the current upsurge in cases.

Many data points and indicators are the worst since the onset of the epidemic.

Between October 4 and October 10, a sustained spike was seen in Alaska cases, 40% more cases by week.

The state’s fertility number, which is the average number of people infecting a single person with the virus, recently saw a “significant increase” – as of 1.18 October. 10. More than one fertility number means that the state epidemic is increasing as each person is spreading the virus to more than one person.

The state’s positivity rate, or percentage of positive tests out of total tests, continued to climb this week with a 4.94% positivity rate on Saturday, slightly lower than the national average of 5.3%.

“While many states have higher positivity rates than Alaska, this increase is related to the fact that positivity rates are our best measurement of whether our testing capability can keep up with current affairs. State health officials have written in a recent report that the increase in positivity rate indicates that the test is not growing as fast as in current cases..

While Alaska has the lowest per capita death rate in the country, Vermont and Wyoming have seen lower overall deaths.

State health officials say they have no reason to think that the virus in Alaska is less severe than in other places. He says that recent studies suggest that COVID-19 strains in the state are just as severe, if not more so, than other parts of the western US

State health officials said, “This means that the virus present in many communities in Alaska has the potential to make people of all ages sick if allowed to spread.”

In the past week, Anchorage saw a 40% increase in new cases, with the Anchorage Health Department’s epidemiologist Dr. in Friday’s briefing. Janet Johnson said. This was the first week when anchorage was above 100 new cases per day on average, with an average of 102.2 new cases a day.

Noting that only one in 10 people with COVID-19 are identified as actually infected, Johnson said it is possible because 8,500 people in Anchorage are infected with the virus.

More than 10 cases per 100,000 people were reported in the last two weeks in many areas of the state. High vigilance levels suggest that there is widespread community transmission of the virus and several unwanted cases as well as frequent outbreaks, according to the state’s Department of Health.

Some places, such as Anchorage, Northwest Alaska and Fairbanks North Star Borough, tripled that limit, averaging in the low 30s. Other areas, such as Matanuska-Susitna Borough and Kenai Peninsula Borough, entered the Red Zone on Saturday, with more than 10 cases per 100,000 cases.

Only three areas on the state’s alert level map were not in the Red Zone as of Saturday, covering the southwestern region and southeast Alaska and much of Juno outside the city.

In communities smaller than 1,000 that were not identified to protect privacy, North Kenai Peninsula had one; One in Fairbanks North Star Borough; Two in the Yukon-Koyukuk census tract; One in the Nome census region; And three in the Bethal census tract.

Of the three illegal cases, two were in anchorage and one was in Wasilla.

The state’s test positivity rate as of Saturday was 4.94% above the seven-day rolling average.

[Correction: A previous version of this story incorrectly reported that the individual who died was from Anchorage. He was a Fairbanks resident.]