Alabama tornado kills three, homes are destroyed and thousands are without power | Alabama 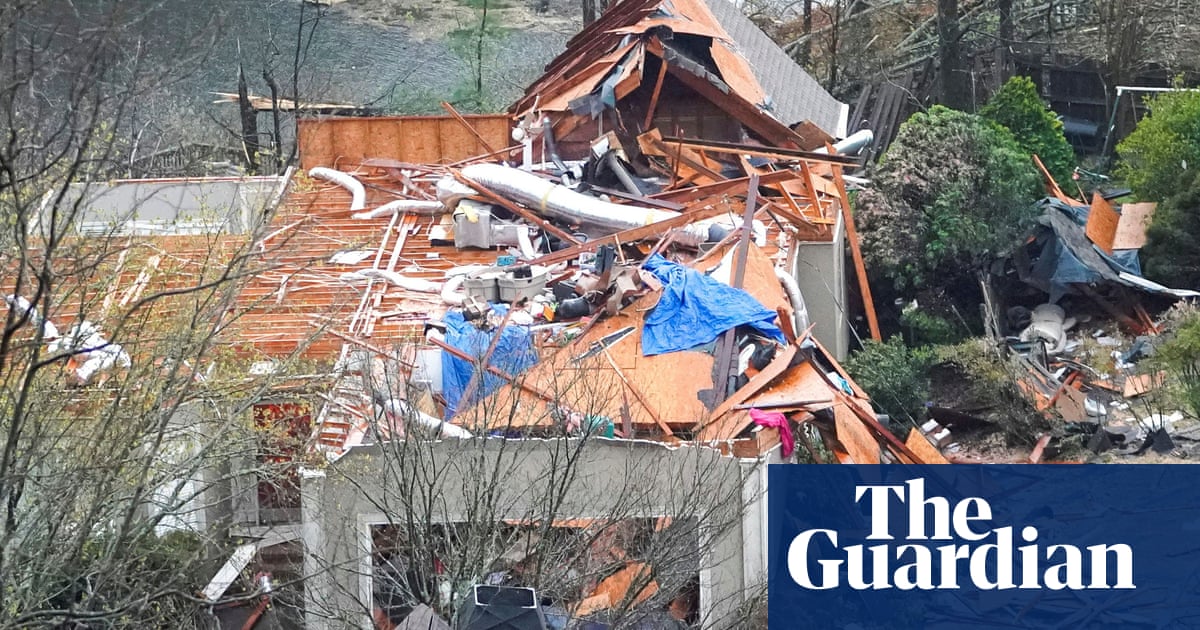 Fire officials said a family was able to safely escape their collapsed home in the Eagle Point subdivision near Birmingham. In the nearby Shelby County town of Pelham, authorities released videos and photos showing large trees blocking roads and damaged utility poles leaning threateningly over streets littered with debris from badly damaged homes. More than 20,000 customers were without power in the state.

“We can confirm that local residential structures have been completely destroyed,” Shelby County Sheriff John Samaniego told the Associated Press.

Search and rescue efforts were complicated as bad weather continued to hit the region.

The storm caused extensive damage, including to numerous homes and a civic center, police said. Utility lines had also been knocked down along several highways, police said, warning people to stay off the road and away from tornado-damaged areas.

At least three deaths and an unknown number of injuries were reported.

Maj Clay Hammac of the Shelby County Sheriff’s Department said they “have been told to be prepared for another round of storms.” Up to 4 inches (10 cm) of rain is expected with the largest amounts possible in northern Alabama, according to the National Weather Service in Huntsville.

The destruction was part of a wide swath of violent weather that swept through the Deep South. Forecasters had warned of dangerous thunderstorms, flash floods and possible tornadoes from eastern Mississippi to western Georgia and north to Tennessee and Kentucky. Flash flood warnings and alerts spread to the western Carolinas.

Mississippi also had a storm-related death on Wednesday. Ester Jarrell, 62, was killed when a large tree fell on her mobile home after heavy rain soaked the ground, a Wilkinson County official told the Associated Press.

Alabama Governor Kay Ivey issued an emergency declaration for 46 counties as severe weather approached and officials opened shelters in and around Birmingham. Ivey said that “significant and dangerous weather continues to affect parts of Alabama,” according to a statement on Twitter.

“Tragically, we are receiving reports of loss of life. Unfortunately, the day is not over yet ”.