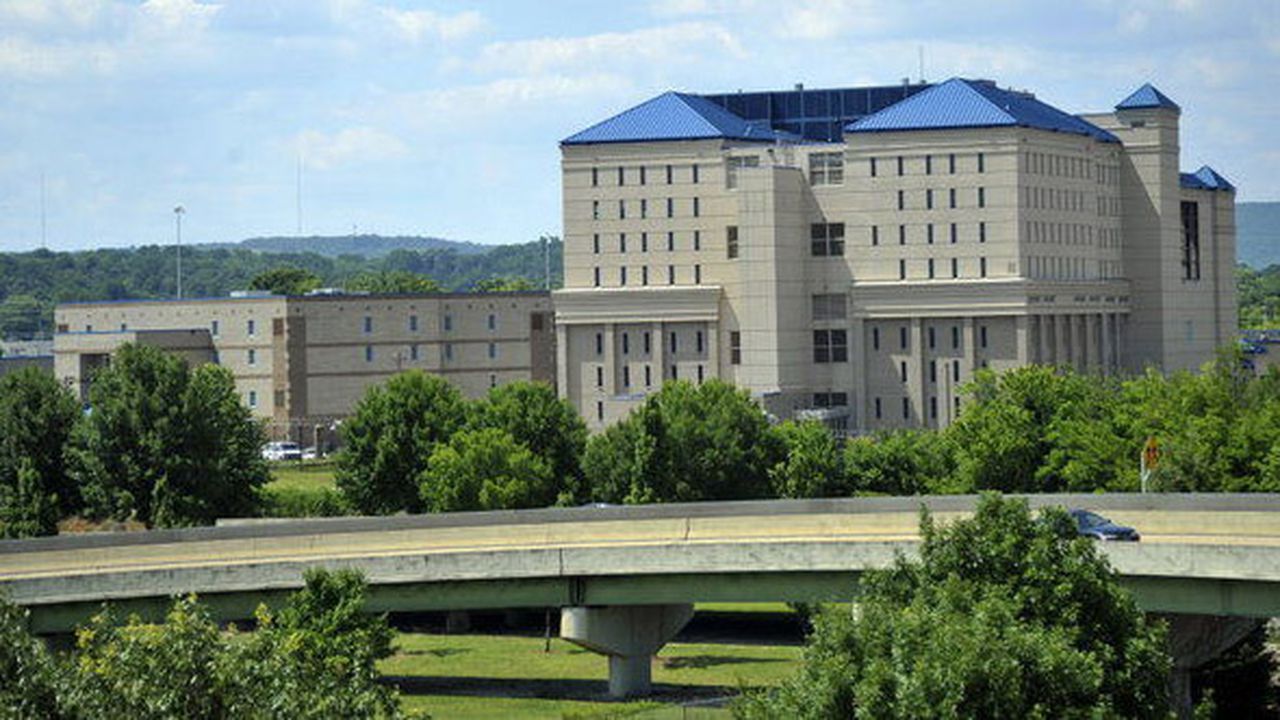 When Courtney Moore was arrested and taken to the Madison County Jail, she was wearing a mask to help prevent the spread of the coronavirus.

But the Huntsville police officers who arrested him were not wearing masks, Moore said, and neither were the employees inside the county jail.

Once Moore, a 33-year-old Huntsville man, entered the jail, he said staff confiscated his mask. Neither Moore nor the other inmates received masks or were allowed to wear theirs, he said.

“It’s ridiculous,” said Moore, who was arrested for misdemeanors at a protest in Huntsville on June 28. “I was exposed to an unsafe condition. I think it is very, very irresponsible of him, knowing how important the masks are, to continue arresting people and putting their health at risk.”

When Moore was arrested, the Madison County Sheriff’s Office, which operates the jail, had not reported any cases within the facility. But late last week, Sheriff Kevin Turner confirmed in a press release that a jailer had tested positive for the coronavirus.

Prison employees, the sheriff said, would now be required to wear masks. A Huntsville police spokesman said this week that officers also wear masks. However, in most cases, Madison County inmates are still not given masks or allowed to wear theirs.

Brent Patterson, a spokesman for the sheriff’s office, cited security concerns as reasons why inmates are not allowed masks. Inmates could harm themselves or others with masks that have metal nose pieces, he said, while other masks that do not have metal pieces could be tied to make ropes.

Outside the prison walls, a coronavirus health order now requires most people in Madison County to wear face covers in public. That order does not appear to apply to the jail, which houses prisoners arrested by the sheriff’s office, the Huntsville and Madison police and other agencies in the county.

“Prisons will have, as part of their mitigation plans for COVID 19, their own guidance regarding the use of masks or masks,” said Madison County Health Officer Karen Landers, who issued the local masking order.

Public health experts recommend washing or disinfecting hands, using face covers, and physical distance to avoid contracting or spreading COVID-19, which has killed more than 1,000 Alabamians and infected more than 48,000 people in the state.

[Related:[Related:[Relacionado:[Related:The Birmingham and Huntsville areas break coronavirus records, as all of Alabama sees an increase in July]

Inside prisons, physical detachment is difficult, if not impossible, but masks provide a layer of protection.

In some of Alabama’s other large counties, both inmates and jail staff wear masks inside the jail.

In Mobile County, where a COVID-19 outbreak occurred in April and May, the county jail is complying with a local mask ordinance, a spokeswoman told AL.com in an email.

“All correctional officers have masks and prisoners,” said Lori Miles, a spokeswoman for the Mobile County Sheriff’s Office.

At the Jefferson County Jail in Birmingham, masks are available, although not required, for inmates to wear in their cell blocks, the sergeant said. Joni Money, a spokeswoman for the sheriff’s office. Money said inmates should wear masks when they attend court, medical visits and at other times when they will be in contact with people with whom they are not normally housed. Jail staff members wear masks in accordance with the county ordinance that requires covering their faces, he said.

In addition to citing safety concerns about inmate masks, Patterson also said he doubts inmates want to wear them.

“If we give every prisoner in that facility a mask, they won’t wear them,” he said. “They will be on the floor. They will not be used. “

Moore and a local woman who was arrested during the coronavirus pandemic said they would have worn masks in prison if they had been allowed to do so.

Claire Tolomei, a 28-year-old from Huntsville, said she was wearing a cloth mask when she was arrested at a protest on June 3. But while she was being jailed for a misdemeanor, a jailer confiscated her mask. None of the jailers or police officers wore facial covers, he said.

Patterson said the jail has masks for inmates, but is using them for those in greatest need of protection and risk of exposure. Prisoners wear masks to go to court and while working around the jail, he said.

Moore and Tolomei were quickly released from prison and never sent to the general population, but both said they were being held in rooms with groups of other people, where they were not kept six feet away.

In establishing policies on COVID-19 masks and other procedures, Patterson said, the jail follows the advice and guidance of Southern Health Partners, the private Tennessee company that is contracted to provide medical care to inmates.

“And we feel that with our healthcare provider, they know what they are doing,” he said. “They are the healthcare professionals.”

Jennifer Hairsine, executive director of Southern Health Partners, did not respond to multiple requests for comment.

After Moore and Tolomei were released on bail, each had to attend court hearings the following morning. At the Huntsville Municipal Court, located at the opposite end of the justice complex on Wheeler Avenue, they were required to wear masks.

“It is as if within the prison walls they are pretending that the virus does not exist,” Tolomei said.

Patterson said the prison is taking the coronavirus seriously by cleaning, disinfecting and isolating sick inmates, to help prevent the spread of COVID-19. He said inmates who had release jobs before the pandemic now spend their days cleaning the facilities.

All inmates receive cleaning supplies every day, including hand-washing supplies, he said.

Tolomei said that while she and several other detainees were waiting to be admitted to the jail the night of June 3, a staff member gave them hand sanitizer. But between then and when he was fingerprinted, Tolomei said he used the bathroom and was not allowed to properly wipe his hands before touching the fingerprint screen that the other detainees used. Patterson said that was not true.

Tolomei and Moore expressed concern about the health assessment process they went through when they were admitted to prison.

Neither did Moore. He said staff did not ask if he had been exposed to the virus, if he recently traveled, or if he experienced symptoms of COVID-19.

Patterson said he believes it is due to steps being taken by the sheriff’s office and Southern Health Partners that none of the inmate population has tested positive for the coronavirus. Patterson was not sure if any inmates had been screened for the virus, but said test kits are available if necessary.

“We are doing everything we are supposed to do,” said Patterson. “We are going further. We are using all available resources known to man to combat this. “

But Moore and Tolomei said more can be done: inmates should wear masks.