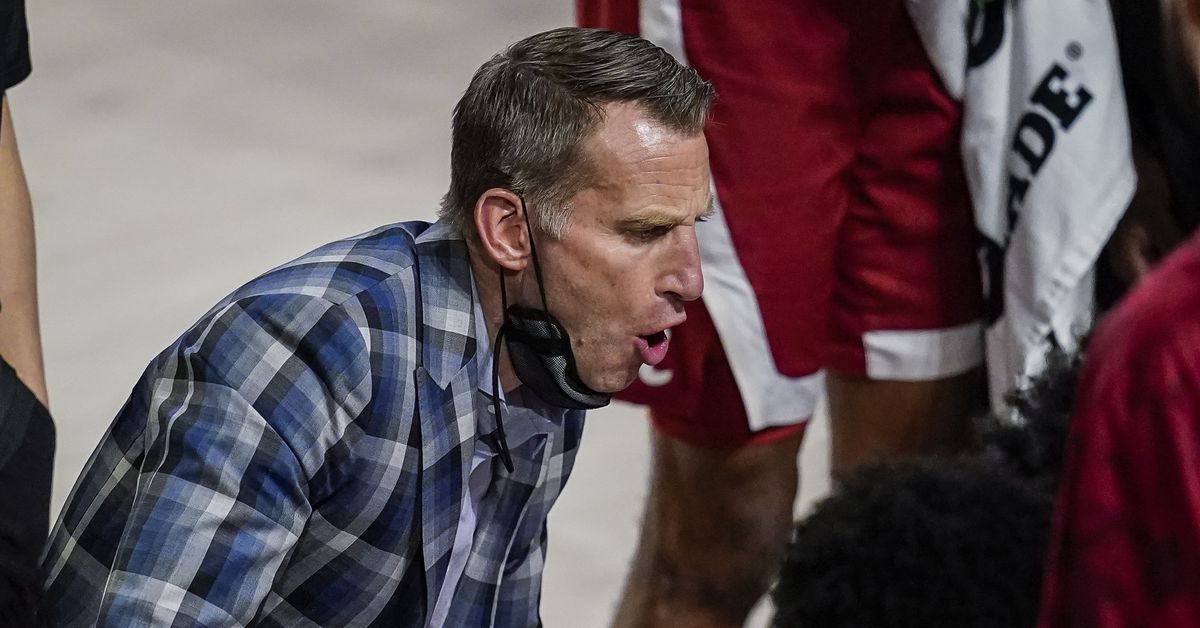 The Crimson Tide came out on Saturday as if they really didn’t want to be in Athens, GA, falling 29-15 behind in the first 12 minutes of the game. With nothing to play for but pride, Coach Nate Oats rallied his troops and put together a fantastic final 28 minutes for his team. The Tide improved to 21-6 and 16-2 in the SEC. Georgia fell to 14-11 and 7-11 in conference.

The Tide began to change with the inspired play of starter John Petty and Keon Ellis, Jahvon Quinerly and Darius Miles off the bench. Shots weren’t falling, but effort and defense helped the team cut the deficit to just 36-30 at halftime, finishing the half with a 15-7 run.

The Crimson Tide swept through the second half with a new team, taking control of the game with a 15-2 streak in the opening minutes of the half. Oats was asked what he said at halftime to facilitate that run, and he replied, “I don’t know, I guess I’ll make some shots.” The team listened. The Tide took the lead at 37-36 when Jordan Bruner nailed a three-point attempt with 18:56 left. Herbert Jones played limited minutes in the first half due to surprise! – Foul trouble, but scored eight quick points. The Dogs couldn’t stay in front of Jones and he went to the basket with impunity.

Alabama was able to hold a three to ten point lead for most of the way, but Georgia did not walk away. Bulldog point guard Shavir Wheeler did much of the work, scoring in the lane, taking free throws and delivering the ball to open shooters. KD Johnson made several three-point attempts to get the Dogs close just as the Tide was ready to fire.

Bama also shot himself in the foot with sloppy turnovers just as the opportunity came to take full control. With 11:48 to play, UGA had cut the lead to 57-54, then 59-57 with 11 minutes to go. The Tide took him back to a 10-point margin, 71-61, 8:34 left, but the tough dogs kept coming back. With 46 seconds to go, Keon Ellis hit the biggest shot of the day, hitting a triple from the corner to take the lead six at 85-79. The shot was reminiscent of James Rojas’ SEC title securing three at Starkville last weekend. Petty and Quinerly made a pair of free throws each in the closing seconds to secure the 89-79 victory.

Quinerly continued his strong game of late and led the team with 18 points on 5-8 shots and 6-6 from the free throw line. Jelly added four rebounds and four assists. Petty had a strong game with 15 points and seven rebounds on 5-8 shots. Jaden Shackelford scored 15 points and added six rebounds, two assists and two steals. Joshua Primo broke his funk to score 11 points and had five rebounds. Jones did Jones stuff, 10 points, six rebounds, four assists, one steal and one block. Ellis scored nine points and had five rebounds. Alabama had 33 bench points, 46 points in the paint and 21 turnover points.

Oats praised his team for their disinterest, mentioned that he went small with Jones playing “the 5”, which limited the minutes for Bruner, Alex Reese, James Rojas and Juwan Gary, but they were all a team, saying “they just wanted to win. the game, and they didn’t care about their minutes. This whole group is team first. ” Gary was active as always and had four rebounds in just eight minutes. Oats also had great respect for the minutes Darius Miles gave the team in the first half. The rookie has a rebound, steal and block in his limited time on the court.

Considering the circumstances, this was a huge road win for The Tide. Playing for pride alone, and going down early, the team showed their courage and maintained their composure to come back for the win.

The best season in years will continue next Friday at 11am CT in Nashville. The Tide will play Kentucky or Mississippi State for the third time this season in their first game of the SEC Tournament. Bama swept both teams this season.