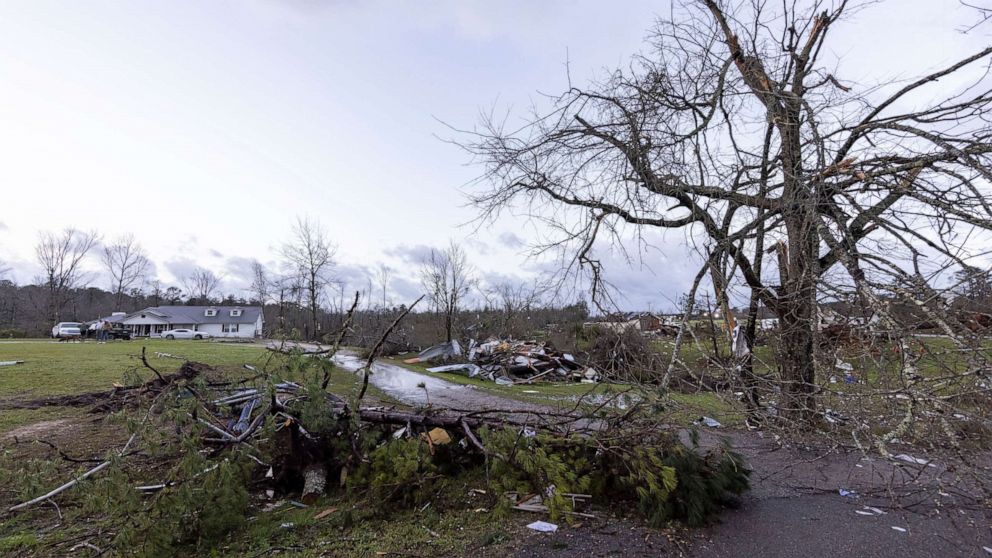 A tornado was confirmed in Alabama in the same place struck eight days ago.

A major storm is looming over Alabama and Mississippi, as well as parts of Tennessee and Georgia, where “violent” and “long-track” tornadoes are possible through Thursday night.

“Violent” means that the winds of a tornado can be 166 mph or higher, with ratings of EF-4 or EF-5. These tornadoes are typically “long-trajectory,” meaning they can be on the ground for at least 25 miles.

The greatest risk is in eastern Mississippi and northern Alabama.

A tornado was confirmed at 12:30 pm local time near Moundville, Alabama, outside Tuscaloosa, the same place that a tornado struck eight days ago.

Alabama Governor Kay Ivey issued a state of emergency for 46 counties and announced that the health department rescheduled its Alabama National Guard vaccination clinic in Hale County due to the storm.

In Mississippi, more than two dozen people have taken shelter in an elementary school in Lowndes County ahead of severe weather. Two other schools, each of which can house about 400 people, are also open as shelters, the Lowndes County director of emergency management told ABC News.

Multiple rounds of intense afternoon and evening thunderstorms are also expected in eastern Mississippi, northern Alabama and much of Tennessee, from Nashville to Knoxville.

Damaging winds are expected, especially in Tennessee and Kentucky. Wind gusts can reach 80 mph and very large hail is possible.

By midnight, storms with damaging wind gusts will move through Atlanta and into parts of the mid-Atlantic and the Ohio Valley.

Storms could also bring heavy downpours, so people should be aware of potential flash floods.

Elwyn Lopez of ABC News contributed to this report.