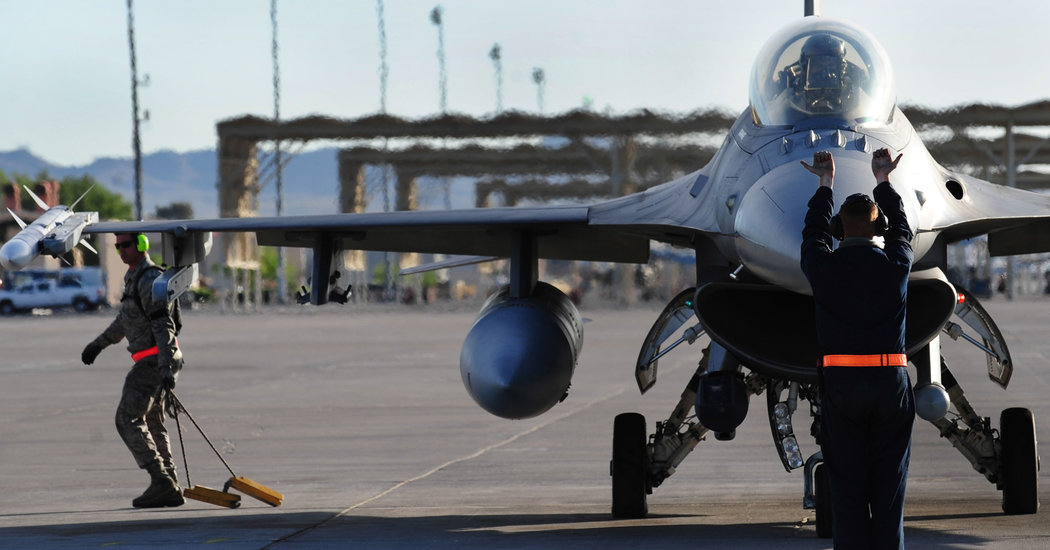 A military plane crashed during a training exercise at Shaw Air Force Base in South Carolina on Tuesday night, killing its pilot, authorities said.

Colonel Lawrence T. Sullivan identified the pilot as First Lt. David Schmitz, and said in a Facebook video that the plane, an F-16CM Fighting Falcon, had crashed at 11:30 p.m. Tuesday at the base.

The base said the pilot was on a “routine training mission,” and Colonel Sullivan called the crash a “plane crash.” Lt. Schmitz was preparing to deploy overseas for combat operations, he said.

It was not immediately known what caused the accident.

Lt. Schmitz was a member of the 77th Fighter Squadron, Colonel Sullivan said, and the plane, a single-seat aircraft, was assigned to the 20th Fighter Wing. Colonel Sullivan called Lt. Schmitz “one of our best,” saying that he had received his pilot’s license when he was 17 and that he “graduated best in class in pilot training.”

According to a spokeswoman for the base, more than 6,000 active-duty airmen are assigned to Shaw Air Force Base, which is located in Sumter, SC, about 40 miles east of Columbia.

Last month, an Air Force pilot, 27-year-old First Lt. Kenneth Allen, died when his fighter jet crashed in the North Sea off the northeast coast of England on a training mission. He had been stationed at the Royal Air Force Lakenheath, a base in eastern England.

And in May, an Air Force F-35A crashed during a landing at Eglin Air Force Base in western Florida. The pilot was successfully ejected from the plane and taken to a base hospital, according to officials.