After police drowned in petrol, the crowd ‘highlighted them’ 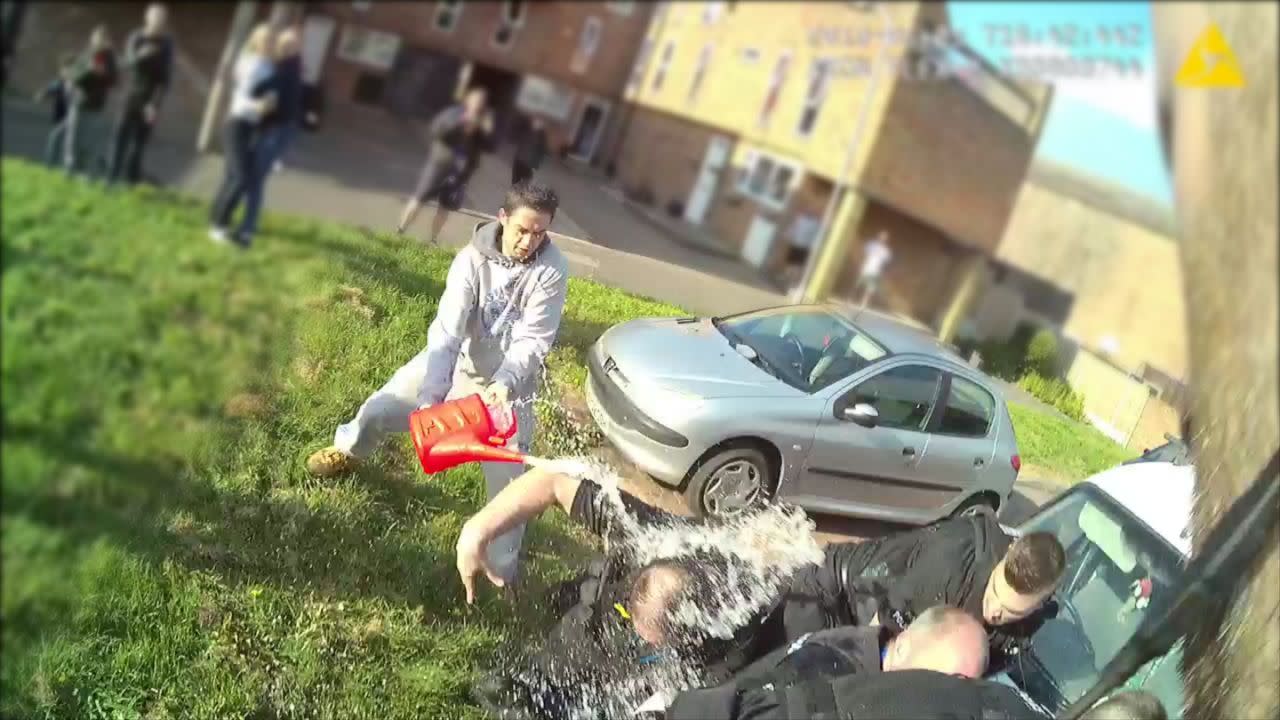 He was “lighted” by a mob after eight police officers chased a motorbike and dissolved in petrol.

Officers were covered in fuel as they made an arrest on Ward’s Close Estate in Basildon, Essex last May.

He recalled the horrific incident for the BBC One documentary Critical Incident, which aired on Monday evening.

Officers were chasing a motorbike, which was riding dangerously in nearby Canive Island.

After chasing Ryder for eight miles, with a police chopper, he attempted to make an arrest in Basildon, which attracted a large crowd.

A woman threatened officers with a hammer before a man threw petrol at them.

Officers said they heard people in the crowd shouting, “Who’s got it?” And “light them”.

Two officers were admitted to hospital after refueling in the incident and fire personnel had to wash petrol from their eyes.

A total of 90 officers arrived at the scene to assist their colleagues.

PC Andrew Bird said: “From the corner of my eye I saw a gentleman coming down a street. He was just running at full speed where we were. “

After stopping the man, the pair fell to the floor.

“I was very much at the bottom of the pile,” PC Bird said. “You officers are trying to get him away from me, he wrapped his hands in my legs and was trying to hold me.

“As I was trying to control this gentleman, who walked out of the middle this other arc appeared with a watering can.”

PC Matthew Cuts said he did not know what was in the water, but suspected it could be acid.

He said, “I could smell the petrol, so I threw my baton around to get it out, but once I got it I put it in the back of my head and just hit it according to my training.”

“This is not a random act of violence, it is a controlled measure we are taught to use to distance ourselves from people.”

PC Cutts said he felt his skin tingling and sunburn on the front of his body where he was immersed in petrol.

Chief Inspector Jonathan Baldwin said: “A match, a lighter, a spark can cause us to go up in flames and die for life or maybe even dead.

“I was listening to them ‘lighten them up’.”

“I don’t know how we didn’t just cut and run, but then the way we’re being wired – we’re all stuck together.

“There’s something going on in our core that says you don’t run from danger, you run towards it.”

Residents helped officers rinse with water until a fire service arrived and knocked them down.

28-year-old Justin Jackson of Ward Close, who threw petrol at officers, was jailed for three years and nine months.

A 17-year-old from Basildon was disqualified from driving for 12 months and fined for driving a motor vehicle in a dangerous way.

Jenny Justine, 47, of Basilan, was convicted of possessing an offensive weapon and sentenced to nine months in prison, suspended for 18 months.