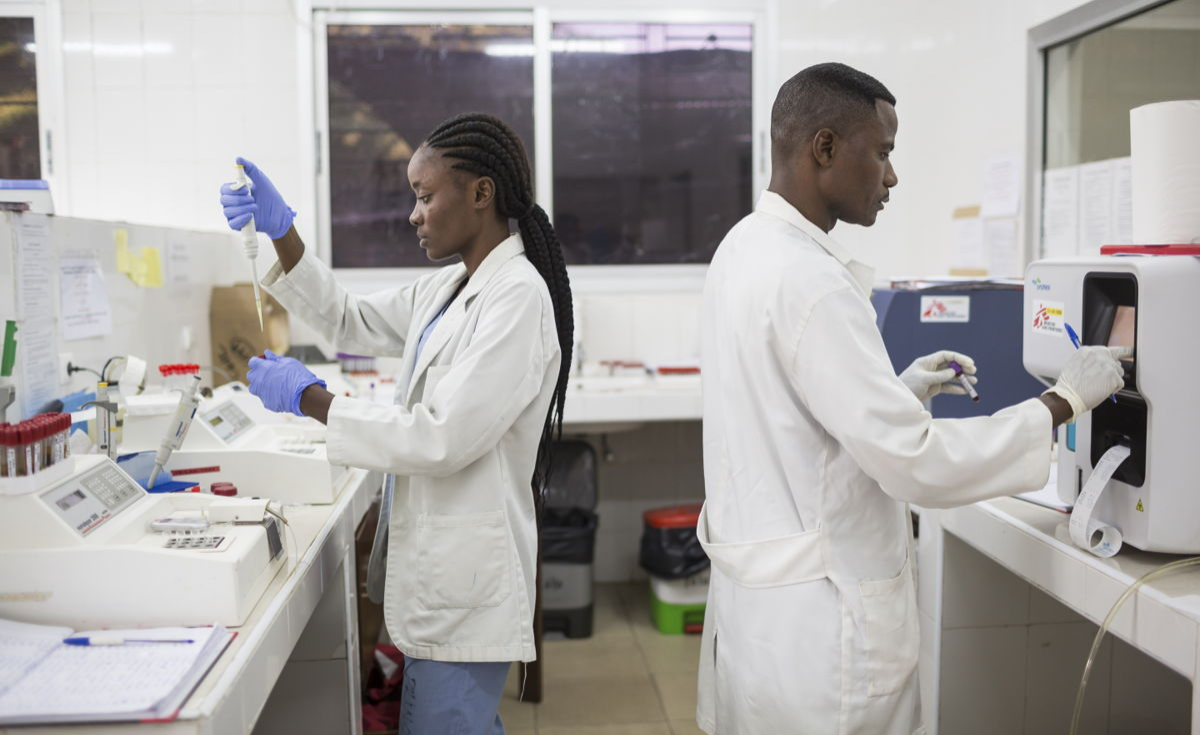 In South Africa today, almost 4 million people take antiretroviral drugs (ARVs), the largest cohort of HIV patients in the world. At the same time, in West and Central Africa (WCA), where researchers, legislators, doctors and activists are meeting at the largest AIDS conference in Abidjan this week, 4 million people remain undiagnosed or treated for the disease.

In an era of antiretroviral therapy that saves lives for free and "tries and treats everyone," my MSF colleagues still see too many people dying of AIDS.

In WCA, at the end of 2016, only 42% of people living with HIV had access to tests, 35% of people diagnosed received ARVs that saved lives, and only 25% were & # 39; virally suppressed & # 39; In our clinics in the region, we see more and more people who have been in treatment, but have stopped. When they return to badistance, they are likely to be resistant to your treatment. We are failing patients if we do not provide them with an efficient and timely treatment.

In fact, every person with AIDS in the waiting and emergency rooms of MSF in the Democratic Republic of the Congo (DRC), Guinea and the Central African Republic (CAR) tells a story of terrible failure: the failure of the system of health to administer ARVs that save lives on time and without interruption.

Among people living with HIV and their access to life-saving treatments there is still an astonishing variety of obstacles, including widespread stigma. Legal and political blockades and reluctance to include civil society and communities in the improvement and expansion of the HIV response. The ongoing conflicts in countries such as the Central African Republic or parts of the Democratic Republic of the Congo increase the complexity.

However, by far the biggest obstacles are the recurrent problems of supply and stock-outs of anti-HIV drugs; the high costs faced by patients; and the ever-decreasing levels of international funding, which contrast sharply with the political commitments made to boost the region's response to HIV. In July, for example, African heads of state endorsed the UNAIDS-led Emergency Update plan to accelerate HIV treatment at WCA. Now, five months later, that commitment is worth little more than empty words if it does not coincide with the action.

On the ground, our staff witnesses the impact of shortages and lack of funds. In the Democratic Republic of the Congo, the shortage of medicines and diagnostics means that people can not be tested or start treatment. Those who are already in treatment face the risk of developing opportunistic infections or viral resistance, which greatly reduces their chances of survival.

Many WCA supply systems are not flexible or reactive to the demands of people living with HIV. Supplies often remain blocked at central distribution points, and never really reach those who need them.

User fees in clinics also make access to treatment difficult. In several countries of the region, patients are asked to pay for consultations, access to their files or the tests and medicines required against opportunistic infections. These payments prevent them from starting ARV or continuing treatment. Those who – avoiding treatment due to high costs – fall ill and require hospital care, face catastrophic expenses.

At the MSF AIDS center in Kinshasa, Democratic Republic of the Congo, a 2016 study found that payment for treatment and drugs was an important factor. Advanced stage AIDS patients developed advanced stages of the disease and They delayed the search for attention.

In Bangui, CAR, people living with HIV recently told MSF that the cost of US $ 2.7 (R37) for HIV testing and US $ 9 (R122) costs one month's ARV supply , a fortune for many people. As a result, many remain without being evaluated or, once in treatment, are defeated and abandon attention.

In general, the resources needed for a credible HIV response remain well below what the region needs to achieve the goals agreed upon by governments. A "substantial financial gap" (according to UNAIDS) threatens the progress of the region today and could even jeopardize the positive results obtained.

In addition, there is much uncertainty about whether the upcoming Global Fund allocation will provide sufficient support to ensure the necessary acceleration in WCA. As most countries' allocations are expected to remain the same or decrease, some fear that they will have to reduce initiation rates instead of planned acceleration, which will have drastic consequences for people living with HIV.

Funding and support for society, including badociations of people living with HIV, is also under threat, despite widespread recognition of their key role in the response, as did the Action for Treatment Campaign in South Africa. In the WCA, this will further undermine the key role of civil society in the expansion of HIV testing, treatment and monitoring services.

Without addressing these challenges quickly and effectively, it is clear that the regional emergency recovery agreed in July remains nothing more than an empty meeting call. More importantly, it means that people will not receive the treatment they need, and the lives of millions in WCA will remain desperately "out of focus".

How to better address HIV in West and Central Africa, according to SPS: [19659018] – Implement innovative models of care and community mobilization to enable people living with HIV to stay healthy in treatment, particularly in areas of conflict .

– Use differentiated and focused care packages to quickly identify and provide efficient and timely treatment to people with AIDS to help them return to regular care.

– Free HIV and TB care, since the financial burden on affected people and their families threatens access, retention and quality of care.

– Ensure greater and sustained funding to implement key strategies to accelerate the response to HIV in WCA. [19659023] Dr. Mercedes Tatay is International Medical Secretary in Doctors Without Borders (MSF)

Doctors Without Borders (MSF) currently supports more than 230,000 people living with HIV in 19 countries in Africa, Asia and Europe of the East, with a focus on free quality care. This includes the test approaches and better adherence support and differentiated attention models.