admin 4 days ago Others Comments Off on Going To India, Donald Trump Tweets, quotes Mark Zuckerberg on Who’s No. 1 on Facebook 179 Views 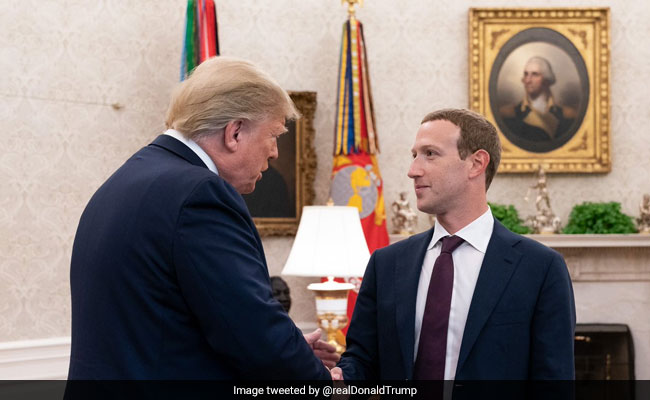 US President Donald Trump tweeted today that he is looking forward to going to India to meet Prime Minister Narendra Modi.

The meeting of the two leaders is important because they are aimed at rebuilding ties between the world’s largest democracies.

President Trump and First Lady Melania Trump will be in India during a two-day visit on 24 and 25 February. They are expected to visit Ahmedabad and New Delhi.

President Trump is expected to be welcomed by a multitude of people when he arrives in Ahmedabad. Together with PM Modi, he is expected to give a speech to thousands of people at the newly built Motera stadium, announced as the largest cricket stadium in the world.

However, industry analysts are keeping a close eye on whether trade disputes between the two countries are being resolved.

India has offered to partially open its poultry and dairy markets in a bid for a limited trade agreement during President Trump’s first official visit to the country this month, Reuters news agency reported Friday. India, the world’s largest milk producing nation, has traditionally restricted imports of dairy products to protect the livelihoods of 80 million rural households involved in the industry.

President Trump’s trip to India has given him hope that he would restore some of the country’s trade preferences in exchange for tariff cuts and other concessions.