Accountant faces pressure to turn on Trump in criminal investigation 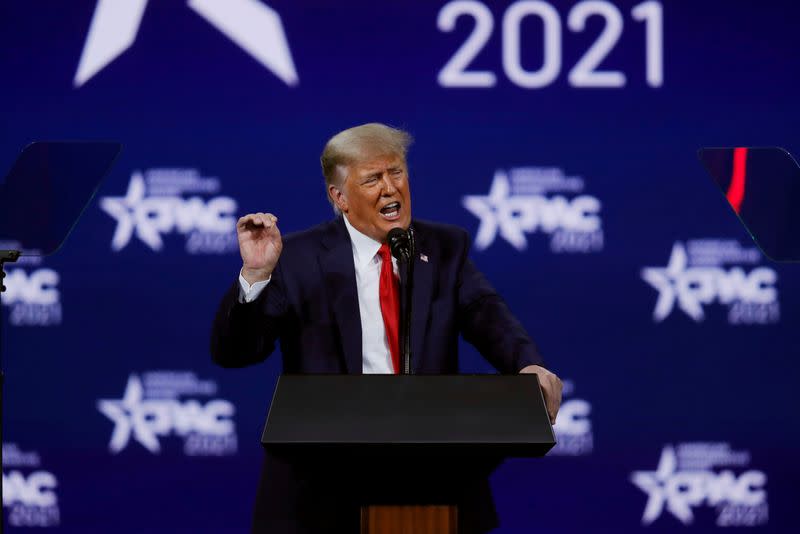 By Joseph Tanfani and Jason Szep

(Reuters) – When lawyers asked Donald Trump more than a decade ago to identify who estimated the values ​​of some of his exclusive properties, he shrugged and pointed to his former accountant, Allen Weisselberg.

“I think ultimately, probably, Mr. Weisselberg,” he said, testifying in 2007 in a defamation lawsuit he filed against a journalist, a case that hinged on whether Trump had inflated the value of his business empire. “I never got too involved, apart from giving my opinion.”

A judge dismissed that lawsuit, but Trump’s comments illustrate the challenges Weisselberg, 73, now faces when he comes under scrutiny in Manhattan District Attorney Cy Vance’s investigation into whether the former U.S. President and his Trump Organization committed. financial crimes.

Few people have been as involved in Trump’s finances as Weisselberg, a trusted figure in Trump’s family business who began working for Trump’s father, Fred, in 1973 at the company’s Brooklyn office, paying bills and tracking rental payments from apartment towers.

Legal experts and a source familiar with the criminal investigation say the apparent goal of prosecutors is to convince Weisselberg to cooperate with the investigation into Trump’s dealings.

“They want him to come back,” said the person familiar with the investigation.

A spokesperson for Vance declined to comment. Attorneys for Weisselberg and Trump did not respond to requests for comment.

The Manhattan district attorney said in an August filing that the office is investigating “possibly extensive and protracted criminal conduct” at the Trump Organization, although it has not fully disclosed the scope of the investigation. In a September filing, he said the “mountainous” misconduct allegations could warrant a grand jury investigation into possible tax fraud, insurance fraud and falsification of business records.

Vance’s office and a separate civil investigation by New York Attorney General Letitia James are examining whether Trump misrepresented the value of his assets for tax benefits, among other possible violations.

Weisselberg’s unique position in the Trump Organization places him among a small number of people who could provide prosecutors with crucial evidence of intent to commit fraud. Legal experts say Trump may attempt to distance himself from any controversial valuations of his properties and businesses by citing Weisselberg’s role as financial guardian, as he did in the 2007 defamation case.

“It’s very possible that Weisselberg is Trump’s defense in a criminal case,” said Michael Bachner, a defense attorney who once worked as a prosecutor with Vance in the Manhattan office.

If Trump argues that he simply relied on the advice of his accountants and lawyers, Weisselberg could be in the position of having to take the pressure himself for any potentially fraudulent deals, Bachner said, unless the accountant makes a deal with prosecutors. and implicate Trump.

“If I’m Trump, I have to be nervous about this,” he said.

The source familiar with the investigation said that in addition to scrutinizing Weisselberg, prosecutors also asked questions about his sons, who also had connections to Trump: Jack Weisselberg, a director at Ladder Capital, a real estate investment firm that has been a creditor for four years. years. Trump properties, and Barry Weisselberg, who ran skating rinks under Trump contracts with New York City.

Ladder Capital did not respond to requests for comment. Other Ladder executives, but not Jack Weisselberg, appear in the loan documents involving Trump.

Jack and Barry Weisselberg did not respond to requests for comment.

As the Trump Organization’s chief financial officer and executive vice president, Weisselberg developed a unique position of trust with Trump, according to interviews with four former Trump Organization officials. The accountant handled Trump’s personal finances as well as the company’s most sensitive financial information, officials said.

Barbara Res, Trump’s former construction manager, said Weisselberg was part of the Trump family’s inner circle, but kept a modest profile. “He was the only one of the executives who referred to Donald as Mr. Trump,” he said. “He was that kind of guy.”

Res said Trump trusted Weisselberg as a pair of eyes to make sure that Trump’s other accountants and lawyers were doing their jobs. “Allen would not leave the company,” he said. Allen didn’t want to speak; Allen can be trusted to keep things quiet. “

Vance could seek a court order granting him access to Weisselberg’s testimony in the federal case against Cohen, legal experts said.

During the 2019 committee hearing, Cohen identified Weisselberg as one of Trump’s executives who knew that Trump inflated assets in returns to insurance companies for the purpose of lowering premiums. Responding to questions from Democratic Rep. Alexandria Ocasio-Cortez, Cohen said she could not confirm a New York Times report on whether Trump underreported inherited real estate to lower his taxes.

“Who would know the answers to those questions?” she asked.