About a fifth of adults in the US have moved due to Covid-19 or know someone who did, new study shows

July 7, 2020 U.S. Comments Off on About a fifth of adults in the US have moved due to Covid-19 or know someone who did, new study shows 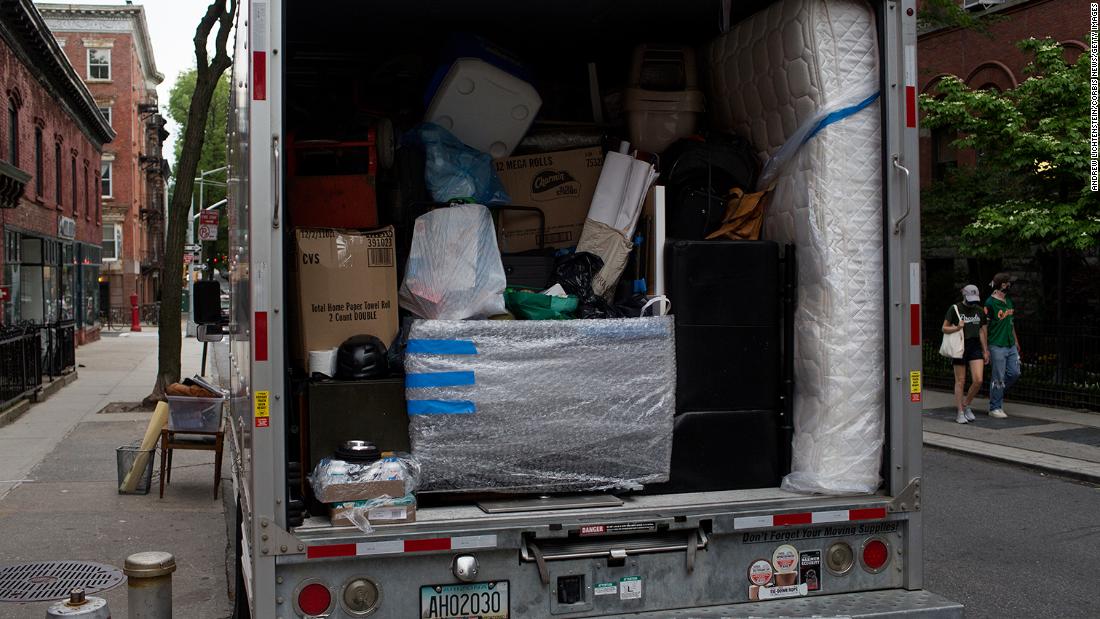 About one in five adults in the US has moved or knows someone who did because of the Covid-19 outbreak, according to a new study published Monday by the Pew Research Center.

While many of those who moved were students who lived on campus and were forced to leave when their campus closed, 28% of American adults who moved said they moved to reduce the risk of contracting the virus.

Other reasons include financial, such as job loss, or being with family. According to the study, some needed larger quarantine space, especially those who now worked from home, while one person said they were traveling and unable to return home.

“We certainly found that young adults are more likely to have moved due to the pandemic,” D’Vera Cohn, the study’s author, told CNN. “The impact Covid-19 has had on young adults was the most surprising thing to me. The fact that many of them had to move, that someone moved into their homes, or that they knew someone else who moved just shows the phenomenon that people have to leave their homes because of the pandemic. “

Race and ethnicity also played a role in who moved due to the pandemic. Seven percent of Asian adults and 6% of Hispanic adults said they moved because of the outbreak, compared to 2% of whites, according to the study.

More than 60% of the adults who moved said they moved to a family member’s home, while the rest moved to a vacation home, with a friend, or a temporary home. About 9% moved to a new permanent home.

A search for security and space.

For 36-year-old Evan White, the coronavirus pandemic could not have come at a worse time. With a 4-year-old daughter and another baby on the way, Los Angeles residents White and his wife knew that quarantining the home meant needing much more space than usual.

After their daughter, who was born nine weeks premature, was discharged from the hospital, the family of four moved from a 50-unit apartment in Venice to a 6-unit house in Santa Monica in May.

“It was stressful, scary and difficult to do in the middle of the pandemic, but we are happy we did it,” White, who runs his own business, told CNN. “We feel safer and more comfortable where we live now. But it has been incredibly difficult: losing a job, babysitting and seeing friends, family, the church and our community in real life.”

In addition to needing safer distancing from neighbors and space for her children, White said her family also needs a washer and dryer in the unit to limit how much they had to leave the house and interact with people, especially with a new baby. . at home.

White is just one of the millions of people who have moved because of the impact the coronavirus has had on their lives. But now, with cases on the rise again and many states reverting to previous restrictions to stem the increase, more people are likely to find themselves reevaluating their life situations.

“While it is difficult to say what will happen next, there is talk of a wave of evictions that can affect people and force them to move,” Cohn told CNN.

“What happens to public schools and colleges in the fall will likely affect the way students move as well. Another question we need to ask is whether the people who moved are going to return where they came from or decide to stay. There are many of unanswered questions and we’ll have to wait and see what happens. “