About 30% of Utahns now have immunity to coronavirus, experts estimate 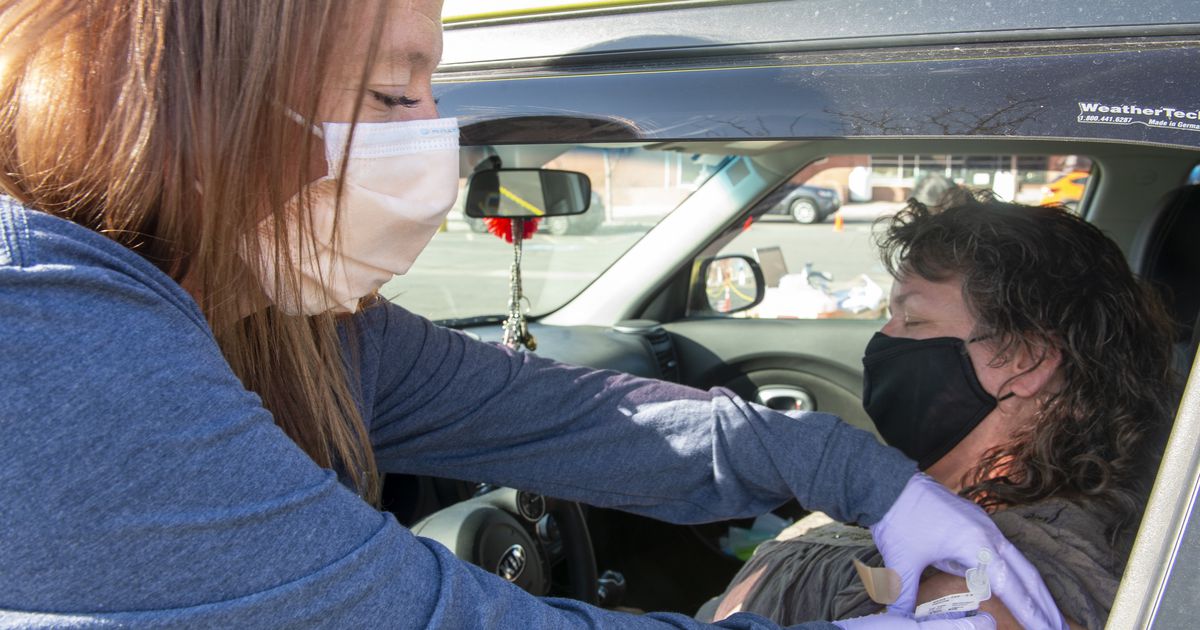 Editor’s Note: The Salt Lake Tribune offers free access to critical stories about the coronavirus. Enroll in our featured newsletter, delivered to your inbox every weekday morning. To support journalism like this, please donate or become a subscriber.

An infectious disease physician at Intermountain Healthcare estimates that nearly a third of Utahns have immunity to the COVID-19 virus, but cautions that this is not the time to cut back on the use of masks and other precautions too quickly.

Dr. Brandon Webb said that among the more than half a million Utahns who have received at least one dose of a coronavirus vaccine and the “thousands of others” who have contracted and recovered from COVID-19, ” it is reasonable to estimate that our herd immunity … is around 30%, maybe a little more. ”

That, he said, “is fantastic. And we hope to see that number continue to rise. But it is still not enough for us to completely pass the witness. “

The “wisest course of action” is to “stage a reopening” of the state, he said, warning against lifting restrictions and scrapping face masks too quickly.

“We are still in a race between vaccination and variants,” Webb said. “It is important to remember that the virus is just a machine … whose sole purpose is to survive by infecting others. And it will continue to do so as long as there are susceptible individuals in the population. He does not sleep, he does not care about politics. It doesn’t matter that we are all so tired of these precautions. “

Only when the number of Utahns who have been vaccinated increases will the state “be able to safely pass the baton of the things that we are doing to our immunity. And right now, we haven’t gotten to that point yet, ”he said.

“That is why it is important,” Webb said, “that we continue to abide by the social restrictions and precautions established by the Health Department and the governor’s office.”

[Read more: Why does Utah rank as the one of slowest states at vaccinating residents against COVID-19?]

On Friday, for the 15th day in a row, the Utah Department of Health reported fewer than 1,000 new cases of COVID-19 in the state. The average number per day since February 18 is 634.

The state also reported five more deaths, one of which occurred before February 12 and was only recently identified as related to the coronavirus.

Deaths reported the day before • Five.

Cache County reported two deaths: a man and a woman between the ages of 65 and 84.

Three other counties each reported one death, all in the 65-84 age range: a man in Salt Lake County and women in Utah and Weber counties.

Hospitalizations reported the day before • 203. That’s the same as Thursday. Of those currently hospitalized, 85 they are in intensive care units, two less than on Thursday.

Tests reported the day before • 6,601 people were tested for the first time. A total of 16,934 people were evaluated.

Percentage of positive tests • Under the state’s original method, the rate is 8.3%. That’s lower than the seven-day average of 9.8%.

His new method counts all test results, including repeated tests on the same individual. Friday’s rate is now at 3.2%, lower than the seven-day average of 4.6%.

On Friday, the University of Utah Health announced that it was opening registration for COVID-19 vaccines for any American patient age 50 and older, following new eligibility guidelines established Thursday by Governor Spencer Cox.

Previously, U. Health would review its electronic records and invite its existing patients who were eligible to receive the vaccine to schedule an appointment.

According to Kavish Choudhary, senior director of pharmacy at U. Health, the U.’s online registry is scheduled to update on Friday to allow patients in eligible groups to register.

Eligible groups added Thursday include adults age 50 and older and people 16 and older with diabetes, chronic kidney disease, or a body mass index greater than 30. Those groups join a list that includes healthcare workers. , teachers, first responders, people with certain medical conditions, and residents and staff of long-term care facilities.

Choudhury said that starting Monday, three U clinics, in Sugar House, Farmington and South Jordan, will have the single-dose Johnson & Johnson vaccine available. The Pfizer and Moderna two-shot vaccines will be available at the University of Utah Hospital and the Redwood Health Center at U.

“If you have a chance to get an appointment, don’t delay and get vaccinated,” Choudhury said.

“As an anecdote,” Webb said, “… there certainly seems to be a lot of excitement” about the 50-plus-year announcement. That represents a very large fraction of our population. And it encompasses a group of people who, again, in general, have been taking more precautions than others because they are at higher risk. … This is a breakthrough as we continue to accelerate the deployment of our vaccines. “

Still, he cautioned, “the vaccine is less likely to be fully effective in some people” with weaker immune systems. “Not everyone should see the vaccine as a ticket to total freedom yet,” he said, “while we still have fairly high community transmission.”