A woman dies of a brain hemorrhage in Japan days after the vaccine, but the link is uncertain 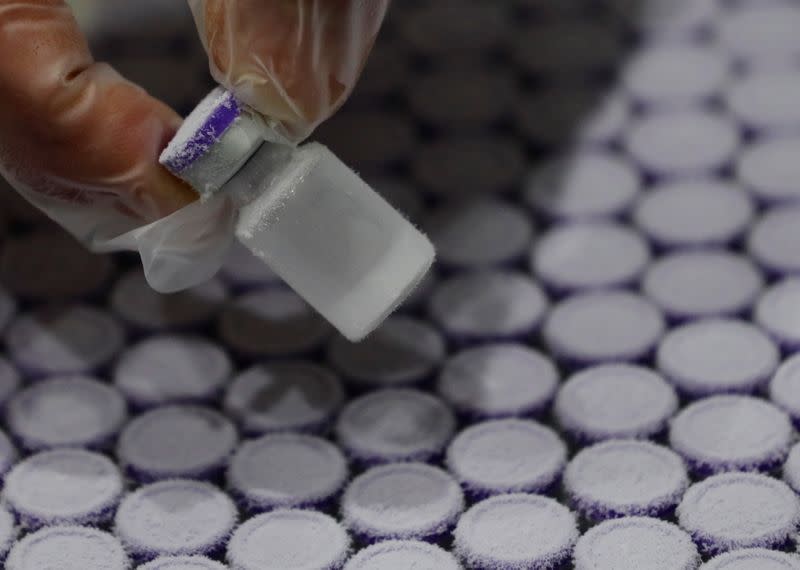 TOKYO (Reuters) – A Japanese woman in her 60s died of a brain hemorrhage three days after receiving a coronavirus vaccine from Pfizer, the Health Ministry said on Tuesday, adding that there may not be a link between the two. two.

The woman was vaccinated on Friday and was suspected of suffering a brain hemorrhage three days later on Monday, he said. It was the first reported death in Japan after a vaccine.

“Brain hemorrhage that is suspected as a cause is relatively common among people aged 40 to 60, and at this time, based on examples abroad, there does not appear to be a link between brain hemorrhages and the coronavirus vaccine,” the report said. The ministry cited Tomohiro Morio, a doctor who advises the government.

“It may be a coincidental case, but more information needs to be gathered and an assessment made in the next working groups.”

Pfizer officials in Japan were not immediately available for comment. Pfizer said in November that the efficacy of its vaccine was consistent across all ages and ethnic groups, and that there were no major side effects, a sign that immunization could be used worldwide.

Japan became the latest member of the Group of Seven Leading Industrialized Countries to begin its vaccination campaign, on February 17.

So far it has received three shipments of vaccines developed by Pfizer and BioNTech.

Japan officially approved Pfizer’s vaccine last month, the first such approval in the country as it intensifies efforts to control infections in the run-up to the Summer Olympics.