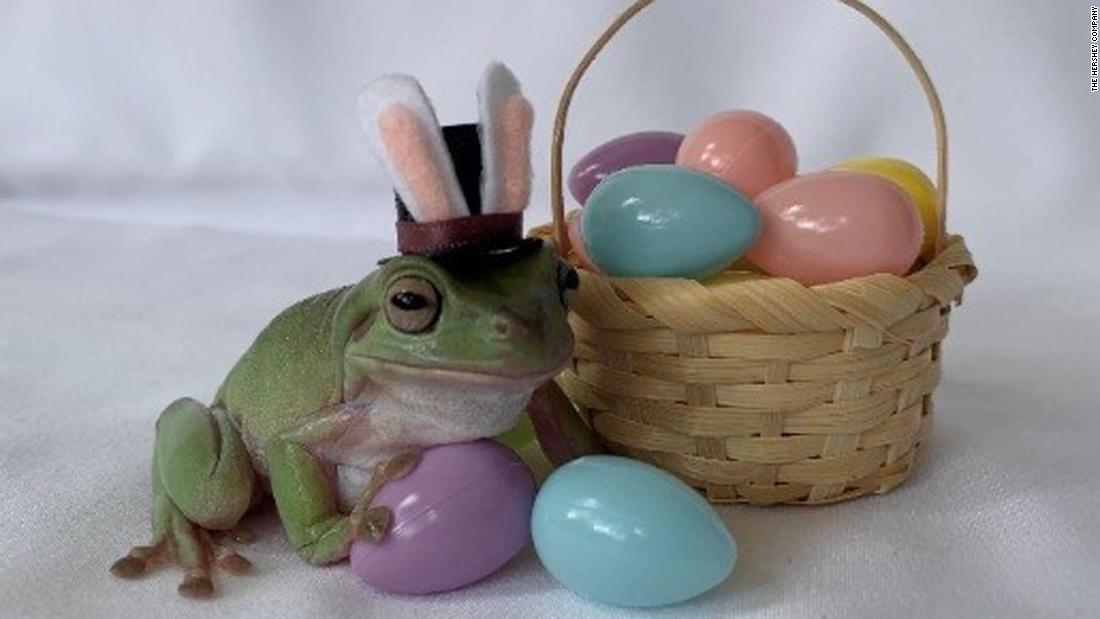 White’s tree frog, originally from Australia, defeated more than 12,000 contenders for the coveted title, the Hershey Company announced in a press release this week.

Betty will be Cadbury’s mascot in a national commercial this spring. Kaitlyn Vidal, a college student and owner of Betty, will receive $ 5,000.

“Thank you to all of our amazing finalists in the Cadbury Bunny Trials this year and congratulations to Betty the Frog, our new Cadbury Bunny!” Trevor Jakubek, senior associate brand manager, said in the statement. “We are very excited to pass our coveted ears to him and learn that he will be a great addition to our Cadbury Bunny ‘hall of fame’.”

Not only did Betty beat out more than 12,000 other applicants, including donkey, miniature horse and goat finalists, but she is also the first amphibian to be named the company’s Easter bunny.

She follows in the (much larger) footsteps of Lieutenant Dan, the two-legged hunting dog who took home last year’s title.

Less than a year old, this will be Betty’s first Easter. According to the statement, he likes to “eat sandwiches, bathe in his favorite bowl, jump and hang out with his frog friends.”

Beyond being the first amphibian in the contest to win, she is also the first female winner. And the smallest winner to date.

“Betty has been a great addition to our home and we are so excited to be able to share her with the rest of the world!” Vidal said. “She has been a wonderful classmate in college and thanks to the support of my friends, family and the amphibian community, I know that she will make Cadbury proud by inheriting the rabbit ears.”

Thanks to Betty, amphibians everywhere can now see themselves in the Cadbury Easter Bunny mascot.

The Hershey Company is also donating $ 15,000 to the American Society for the Prevention of Cruelty to Animals.