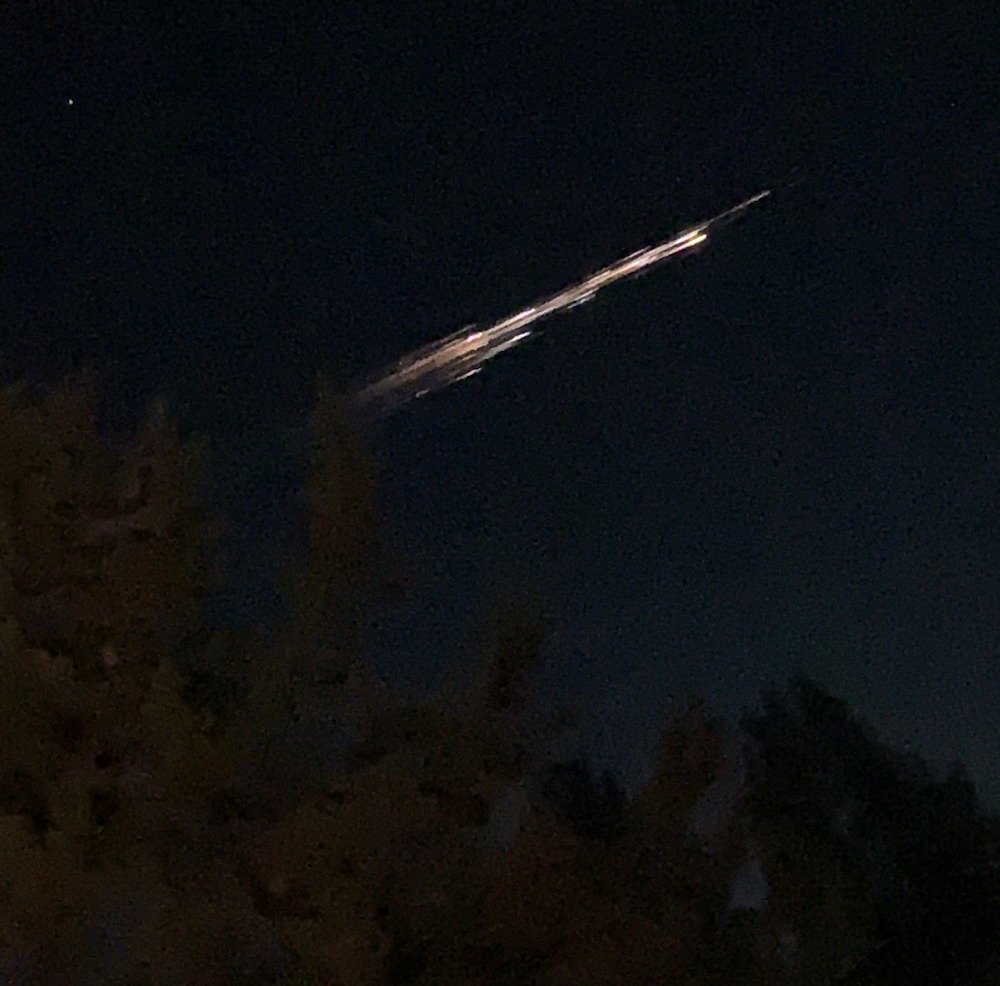 BEND, Pray. (KTVZ) – A wide, colorful swath of pulsing lights seen shooting across the Pacific Northwest sky just before 9 p.m. Thursday was apparently the descending and burning second stage of a rocket that launched Starlink satellites earlier. of this month.

We have received several calls about this! This is similar to what we have seen in all his videos. It’s not official, but this fits the bill. https://t.co/UX3SMtYwP0

Astronomer Johnathon McDowell said the Falcon 9 rocket second stage, from a Starlink satellite launch on March 4, “failed to deorbit and is now re-entering after 22 days in orbit.”

Kristin Collins, who lives in the Tetherow area of ​​Northwest Bend, was sitting on the couch and looked through a front door window when she saw a band of colored lights moving slowly across the sky.

“I was turning around yelling at my husband, standing there with a dog on the street, thinking, ‘Have I seen too many science fiction movies?’ Did it last forever, like 25 seconds?

Jeff Stoltenburg said he saw what appeared to be “a HUGE bright, multi-striped meteorite” from his home on Lower Bridge. “It was unreal.”

There were no reports of damage or other impacts to the ground.

The Seattle Times reports that the rocket put the Starlink satellites, built in Redmond, Washington, into orbit earlier this week. SpaceX says the first stage of the Falcon 9 returned to Earth and landed as planned on its oceanic barge off the coast of Florida.