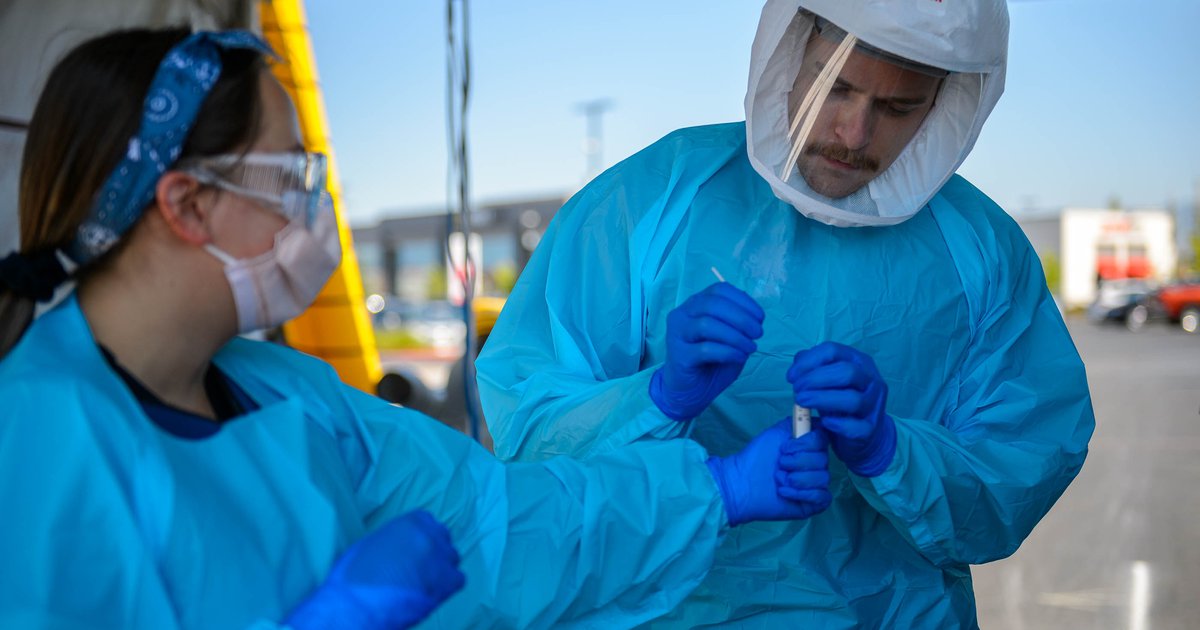 Utah health officials reported 572 new cases of coronavirus on Saturday for the worst period of two days of new infections in the state since late July.

Compared to Friday, the number of Saturday cases ranged from 24 to 24 due to a sharp increase from 15 to 24, which accounted for 245 cases. This was driven by an increase in infections in Salt Lake and Utah counties – both of which saw 205 new coronovirus diagnoses. As of Friday, Salt Lake County’s new case numbers had not exceeded 200 since mid-August, while Utah County is seeing the two-day largest increase of the entire epidemic.

Utah County currently faces the highest COVID-19 infection rate in the state, apparently operated by Brigham Young University in Provo, where scores of new cases have been reported in recent times.

For the past seven days, Utah has averaged 421 new positive test results per day, the Utah Department of Health reported. Gory Gary Herbert said he wanted the state to bring down 400 new cases per day by Septic 1, a benchmark that Utah met in mid-August but surpassed again last week.

Utara’s death from Coronavirus was at 433 on Saturday, with two fatalities occurring after Friday. One was a person from Davis County, age 65–84, who lived in a long-term care facility, while the other was a person from Salt Lake County, aged 45–64, who was hospitalized.

UDOH reported that hospitalization decreased slightly compared to Friday, with 120 Utah patients admitted. In total, 3,311 people have been hospitalized, 23 more than the day before the outbreak began.