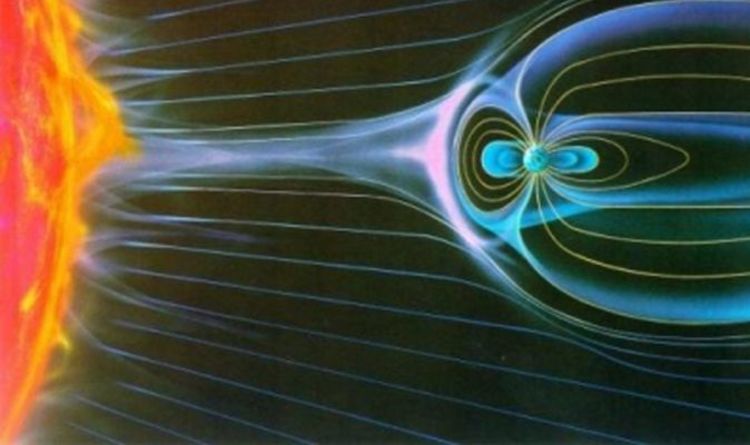 Astronomers predict that a “high-speed stream of particles” is on its way to Earth. The particles were released from a hole in the southern hemisphere of the Sun and travel at the astonishing speed of 600 kilometers per second, or 2.1 million kilometers per hour. The particles are currently traveling through the solar system and will reach Earth on March 20.

When they do, the researchers believe it could cause problems for satellite technology.

It has been classified as a G1 class storm that can cause “weak fluctuations in the power grid” and may have a “minor impact on satellite operations”.

“The gaseous material flows at more than 600 km / s from a southern hole in the sun’s atmosphere.”

Some experts have warned that a major solar storm is a question of “when, not if.”

Every now and then, the Sun releases a solar flare which in turn sends energy into space.

Some of these solar flares can hit Earth, and for the most part, they are harmless to our planet.

However, the Sun can also release solar flares so powerful that they can cripple Earth’s technology.

READ MORE: Solar winds are forecast to hit Earth after a hole opens in the Sun’s corona

As such, experts have lamented the lack of preparation for an extreme space weather event, warning that it could cost billions and cause widespread panic.

Risk consultancy Drayton Tyler said: “A solar superstorm is a ‘when, not if’ event.

“At worst, direct and indirect costs are likely to be in the trillions of dollars with a payback time of years rather than months.

“The UK Royal Academy of Engineering estimates that the probability of an event of that size occurring is one in ten in any decade.”