A single dose of AstraZeneca or Pfizer COVID-19 vaccine reduces risk of hospitalization by more than 80%, study shows 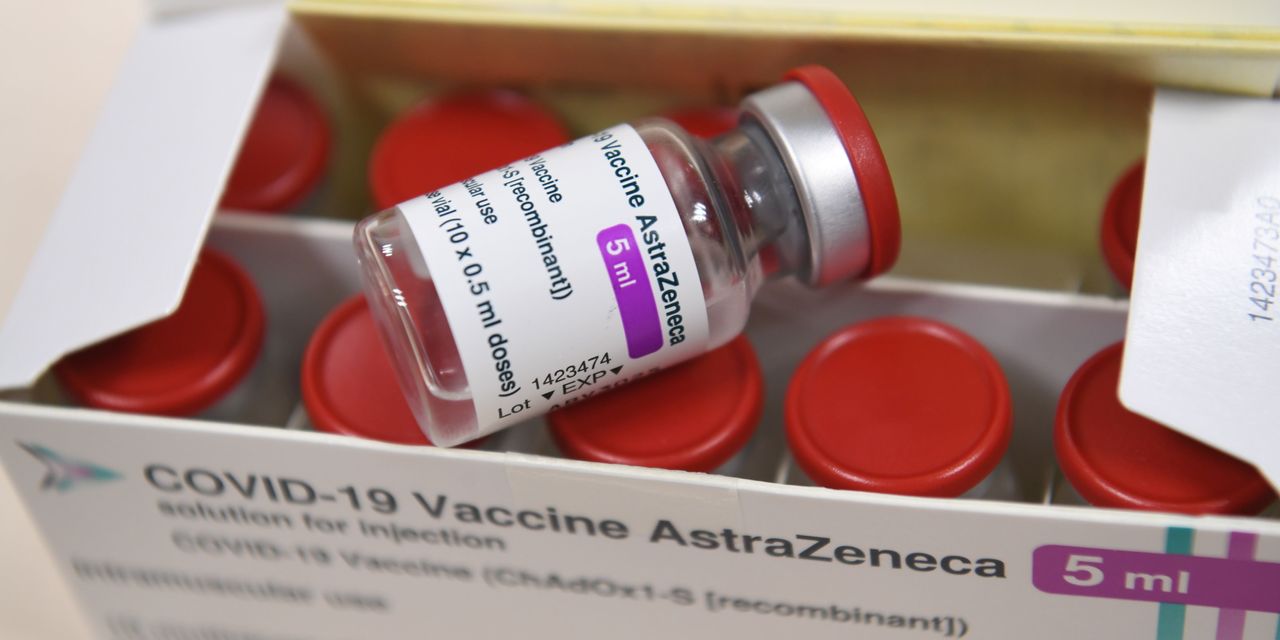 The real-world study, which was published Monday and has not yet been peer-reviewed, showed that protection against any COVID-19 symptoms in people older than 70 ranged from 57% to 61% for one injection dose Pfizer-BioNTech. and between 60% and 73% for AstraZeneca – Oxford one four weeks after the first injection.

caused an 83% reduction in deaths from COVID-19 among those over 80 years of age. There were no equivalent data for the vaccine from the Anglo-Swedish pharmaceutical company AstraZeneca AZN,
,
which began to be administered at a later date.

“This adds to mounting evidence that vaccines are working to reduce infections and save lives,” said Dr. Mary Ramsay, PHE’s director of immunization.

“While there is much more data to follow, this is encouraging and we are increasingly confident that vaccines are making a real difference,” he added.

are investigating the efficacy of vaccines against new strains of the coronavirus that causes COVID-19, such as those identified in South Africa and Brazil. Last month, AstraZeneca said it could take six to nine months to produce COVID-19 vaccines that are effective against new variants.

UK Health Minister Matt Hancock described the study results as “very robust” and said they “may also help explain why the number of COVID admissions to intensive care units among people over 80 in the UK has been down to single figures in recent weeks. “

More than 20 million people, or more than 30% of the UK population, have received their first dose of the COVID-19 vaccine, and the elderly and those most at risk top the priority list.

Nearly 816,000 people have received their second dose, according to the latest government data.

Read: France will not administer the AstraZeneca coronavirus vaccine to those over 65

The new data should also help allay concerns in some European countries, including France, Germany and Italy, which recommended that the vaccine developed by AstraZeneca with the University of Oxford should not be used for people over the age of 65, citing insufficient data on its efficacy for older people. people.

On Tuesday, the French government revised its position and said that older people, including those between 65 and 74 years old, with pre-existing conditions, could receive the AstraZeneca-Oxford vaccine in primary care surgeries, hospitals and “in a few days” in pharmacy. .

Those over 75 in France will continue to be offered the Pfizer-BioNTech vaccine or the injection made by American biotechnology Moderna MRNA.
,
at a vaccination center, said French health minister Olivier Véran, speaking on television.

Germany’s vaccine commission is also reviewing its recommendation. On Sunday, Professor Carsten Watzl, general secretary of the German Society for Immunology, urged the country to start allowing those over 65 to receive the AstraZeneca – Oxford vaccine.

“We know that the vaccine works in that age group. Recent data from Scotland clearly shows that it elicits an immune response, the elderly are protected from serious diseases with this vaccine, ”Watzl said in an interview with the BBC.

Preliminary findings from a study published last week, which was conducted by the Universities of Edinburgh and Strathclyde and Public Health Scotland, and covered the entire Scottish population, showed that by the fourth week after the initial dose, Pfizer – BioNTech and AstraZeneca – Oxford Vaccines were found to reduce the risk of hospitalization by up to 85% and 94% respectively.