A lunar mission for all Israelis.

April 21, 2019 Science Comments Off on A lunar mission for all Israelis. 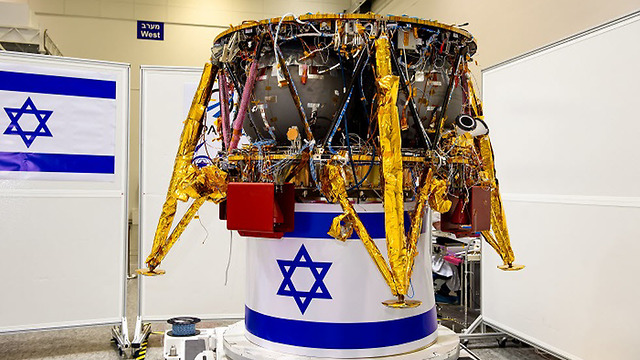 Legend has it that when George Mallory was asked why he decided to climb Everest, the British mountaineer replied: "Because it's there."

Mallory was never hailed as the first person to reach the top of the highest mountain in the world. He disappeared in 1924 and his frozen body was discovered 75 years later, about 250 m from the top.

The fact that they have done it or not is something historians must debate, but it led the New Zealander Sir Edmund Hillary and the Nepalese Sherpa Tenzing Norgay to claim the title of the first people to climb Mount Everest and return alive in 1953.

A few years later, on May 25, 1962, President John F. Kennedy announced that by the end of the decade, the United States would throw a man to the moon.

When the Israeli ship Beresheet began its journey to the moon, there were many criticisms: why spend so much money to send a ship to the moon instead of investing in health, education and welfare?

Similar criticisms were heard when manned flights to the moon began 50 years ago. The Apollo project was dozens of times more expensive than the modest Israeli spacecraft, and was fully funded by the government.

When Beresheet crashed into the moon last week, the internet was flooded with jokes about Israeli drivers, the electoral victory of Benjamin Netanyahu and even the misstep of politicians Naftali Bennett and Ayelet Shaked who saw them leave the Knesset.

But despite the criticism and ridicule, it is reasonable to badume that if Beresheet had completed its mission, raising the flag of Israel on the Moon and becoming the fourth nation to land a spacecraft there, it would have filled us with tremendous pride. , crossing political and sectorial borders.

However, for some hours, perhaps even days, we would all have been proud. Each of us would feel that we participate in the achievement, although most of us have no idea how to update the software on the computer, much less send a spacecraft to the Moon.

For a few hours, maybe even days, we would all have been Israelis together. No rightists or leftists; not "just Bibi" or "just not Bibi" – only Israelis. And in these bad times, that's no small thing.

Morris Kahn, on the left, with the Beresheet team (Photo: Yariv Katz)

Over the weekend, Morris Kahn, the billionaire who sponsored the project, announced the launch of Beresheet 2 and promised that the Israeli flag would remain on the moon. Netanyahu also promised that the state will participate in the project this time. Here he is waiting for him to keep his word.

It is true that a landing on the moon will not add a single bed to a hospital ward or help a single disabled person living on a scarce subsidy, but it will inspire hundreds of thousands of young people and show them, and all of us, that The sky really is the limit.

It is as inspiring as the Israeli scientists who conquered their own personal Everest this week when they created a living heart with a 3D printer.

If you want to save the moribund health system and the collapse of the welfare system, I can propose a variety of alternative sources of funding. But that is a subject for another time.

Of course, there is another reason why Israel should go to the moon. Because it is there.