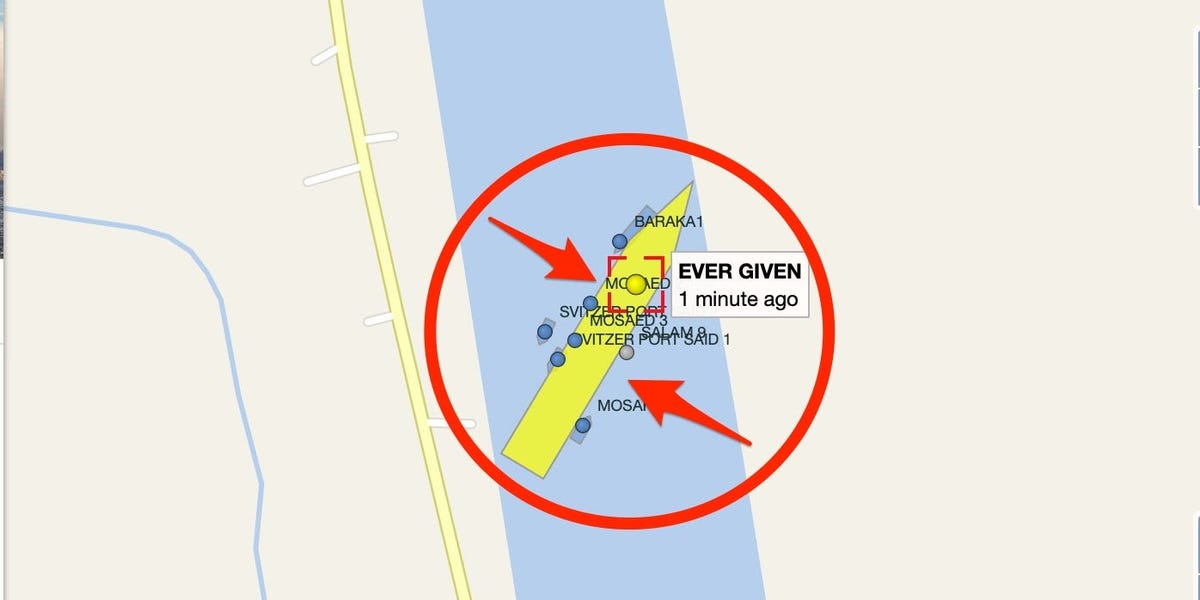 One of the most important shipping routes in the world, the Suez Canal, has been blocked by a huge container ship for a day.

Ever Given, a nearly 200-foot-wide and 1,300-foot-long freighter sailing under a Panamanian flag, has caused a transcontinental traffic jam in Egyptian waters, which directly connects Europe to Asia.

The ship is heading to Rotterdam, the Netherlands, from the Yantian district in China, according to Vessel Finder.

The ship had traveled through Taipei and Malaysia and had planned to reach the Netherlands on March 31 before ending perpendicularly and blocking hundreds of freighters from both sides.

The Suez Canal was initially built in 1869, connecting the Mediterranean and the Red Sea, and allows the shortest possible trade route by water between Europe and Asia. In 2015, the Egyptian government completed an $ 8 billion canal renovation to attract more business and allow for smoother navigation.

An image shared by a crew member aboard a ship trapped behind Ever Given gave a glimpse of the colossal traffic jam that was taking place.

And in Vessel Finder, the maps show Ever Given’s slow progress in detaching itself from its current position.

An enlarged shot in the tweet below shows the small bulldozer previously used to try to undock Ever Given from the bank of the Suez Canal in which it is stuck.