A heroic penguin escapes from killer whales in nail-biting video 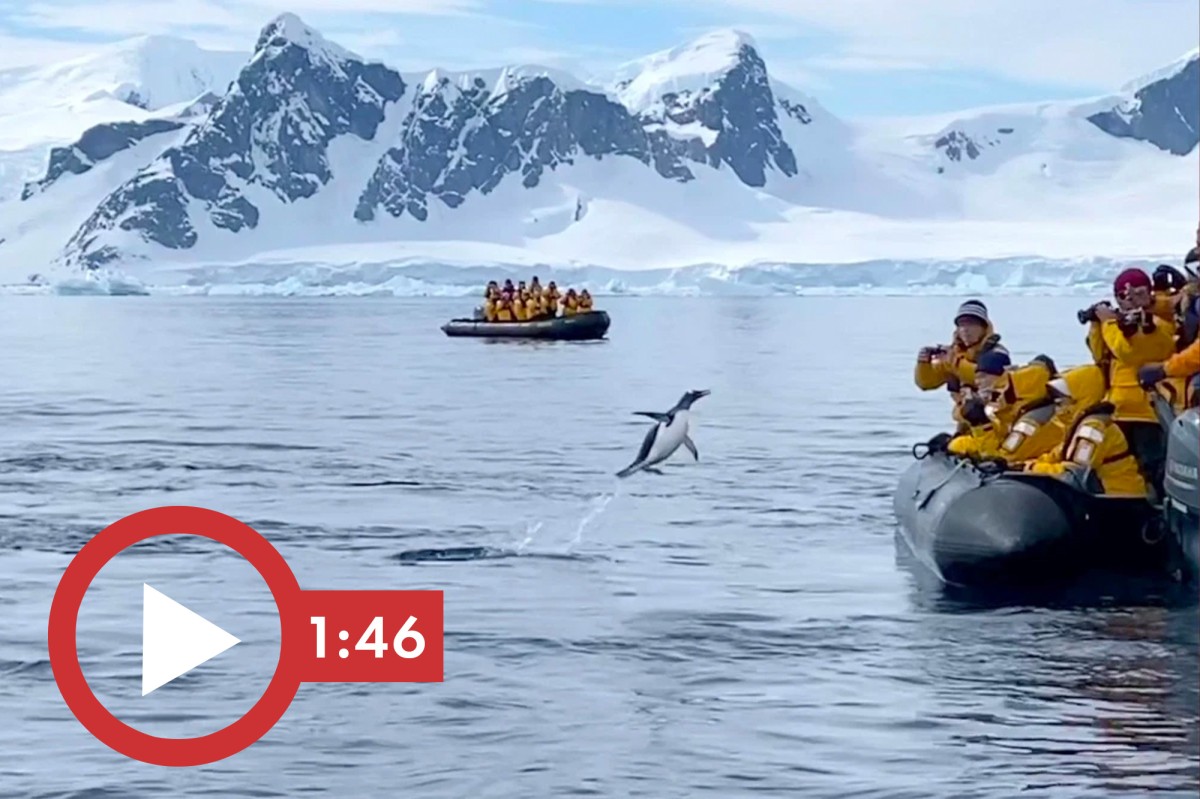 Matt Karsten, 40, and his wife Anna, 32, have captured heartbreaking footage of a Gentoo penguin narrowly escaping the jaws of a few hungry killer whales in Antarctica.

The Karstens were whale watching aboard a boat in the Gerlache Strait, near the tip of Antarctica, when they spotted a penguin rushing for his boat, followed by a pod of killer whales just behind.

For several minutes, tourists watched as the penguin struggled to swim past some of the ocean’s fiercest predators, known to prey on flightless birds, as well as fish, seals and even sharks.

But just when the eager passengers were sure the penguin was finished, he leaped out of the water into the boat and finally assisted on board in a successful killer whale escape – and a once in a lifetime experience for the traveler.

“It was crazy to see him in person. It was like watching an episode of National Geographic in one place, ”Karsten, a Yucatán-based travel writer in Mexico, told the Kennedy news agency. “I imagine the penguin was very relieved to escape.”

Antarctic travelers were scouring the icebergs when they first noticed the pod of killer whales “playing in the water next to us” that Karsten began filming.

“They swam up to the camera and said hello,” he added. But their interest in his camera quickly ceased when they began to chase the gentoo penguin.

“They came and went with the penguin swimming fast with the killer whales on their trail. Finally, the poor penguin tried to jump into a nearby zodiac boat, ”he said, referring to the boat.

The penguin’s second attempt to land on the boat was successful, although the whales were hard-pressed to give up immediately.

“The killer whales followed the zodiac ship for a while,” Karsten said. “After sailing for a while, the penguin said goodbye to the boat and jumped back into the freezing water,” he told Kennedy News.