‘A Biological Fukushima’: COVID-19 deaths in Brazil on track to overcome worst US wave – tech2.org

‘A Biological Fukushima’: COVID-19 deaths in Brazil on track to overcome worst US wave 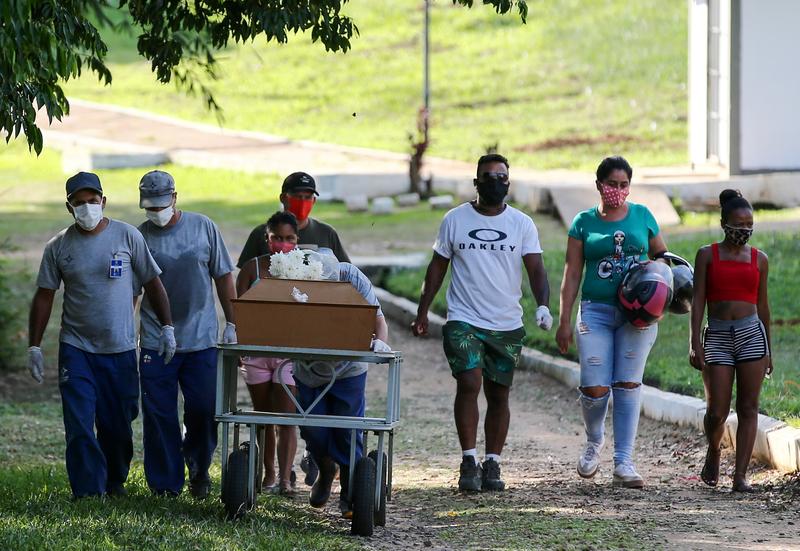 RIO DE JANEIRO (Reuters) – Brazil’s brutal surge in COVID-19 deaths will soon surpass the worst of a record January wave in the United States, scientists predicted, with deaths rising to more than 4,000 in one day for the first time Tuesday as the outbreak. overwhelms hospitals.

While the president has changed his tune on immunizations, promoting vaccines he had recently scorned, the far-right former army captain continues to fight in court against state and municipal restrictions on economic activity.

With weak measures failing to combat contagion, COVID-19 cases and deaths in Brazil are accumulating faster than ever.

Nicolelis and Christovam Barcellos, a researcher at the Brazilian medical institute Fiocruz, separately forecast that Brazil could surpass the United States in both overall deaths and the record for average deaths per day.

As early as next week, Brazil could break the record for seven-day average deaths from COVID-19 in the United States, according to a model from the influential Institute for Health Metrics and Evaluation (IHME) at the University of Washington. The US average of daily deaths peaked at 3,285 in January.

The IHME forecast does not extend beyond July 1, when it projects that Brazil could reach 563,000 deaths, compared to the 609,000 total deaths in the United States expected by then.