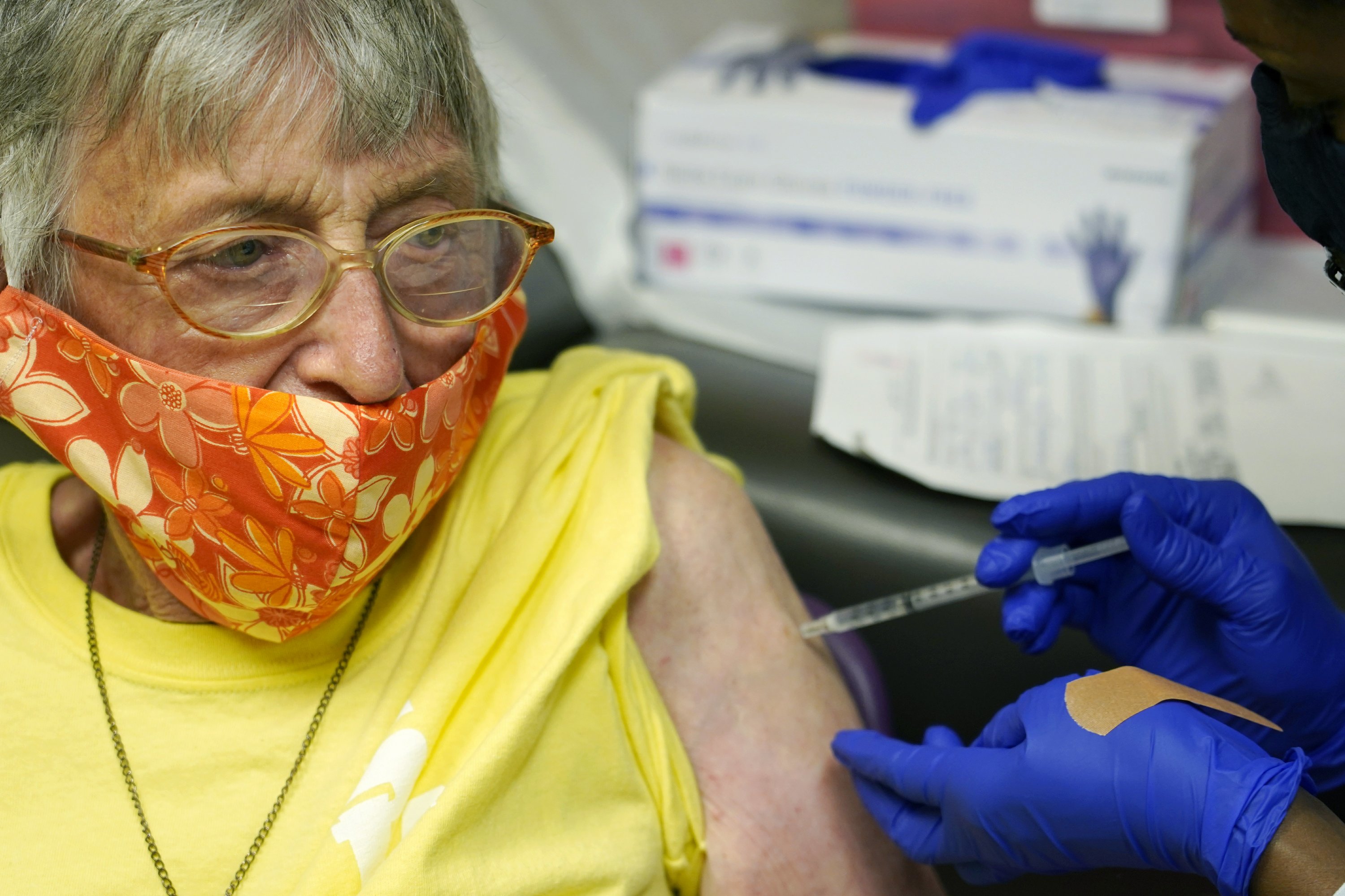 CLARKSDALE, Miss. (AP) – The first obstacle was getting on the bus. Seventy-four-year-old Linda Busby hesitated in front of a community center where seniors were charging to go get vaccinated against the coronavirus.

“I was scared, I’m not scared to say that,” she said Wednesday after receiving her Johnson & Johnson vaccine injection after a staff member and her brother cheered her on. “I thought I wasn’t going to get it at first. Nobody likes to get shot. ”

Busby’s hesitation is just what the Biden administration and its allies in the states are fighting, one person at a time, as the White House intensifies calls for older people to get vaccinated. The vaccination rate for this top priority group is reaching a plateau despite expanding supplies.

About 76% of Americans 65 and older have received at least one injection of the COVID-19 vaccines since authorization in December, according to the Centers for Disease Control and Prevention. But the rate of new vaccines among the group most vulnerable to the adverse outcomes of the virus has dropped dramatically.

It is a growing source of concern, not only because of the potential for preventable deaths and serious illness among older people in the coming months, but also because of what it could portend for the general population of the United States. 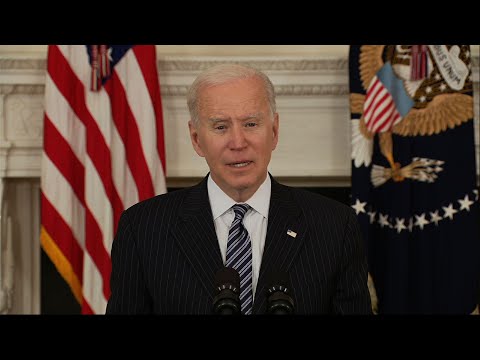 “I want to make a direct appeal to our seniors and all who care about them,” President Joe Biden said Tuesday, citing “incredible progress” but stating that it is still not enough.

According to government estimates, about 12.9 million older Americans have not yet received their first vaccination. Although they were the first age group prioritized for vaccines, more than 23% of those older than 75 years have not yet been vaccinated.

Supply constraints initially slowed the pace of vaccines for seniors, but not for months for those in high-priority age groups. Instead, officials say, the slowdown is due to a combination of problems, with people having a hard time finding and getting to vaccination sites. to vaccinate vaccinations.

Closing the gap will require taking into account all obstacles for seniors, whether they be technological, transportation or personal hesitations, said Sandy Markwood, executive director of the National Association of Area Agencies on Aging, who acknowledged that vaccination rates “For older adults they have stagnated a bit. ”

It’s a potential harbinger of the challenges to come with other demographics. All adult Americans will be eligible for vaccination in the next two weeks.Although the process of giving enough injections to start getting back to “normal” will take more months. Many states, even as they open doors to eligibility, continue to maintain priority vaccination systems, or dedicated distribution channels, to keep seniors who want the vaccine at the front of the line.

Dr. Anthony Fauci, the nation’s leading infectious disease expert, has predicted that between 75% and 85% of the population may need to be vaccinated to achieve “herd immunity” and end the outbreak in the US. .

That’s one reason the White House and states have moved to intensify senior assistance programs and public education campaigns.

Markwood credited the administration’s $ 1.9 trillion bailout plan for providing the necessary funds “to go out and do that more intensive, sometimes one-on-one approach” with older people, saying, “It’s the last mile, the last group that needs the extra support, that’s going to take more time and scope. “

Even more help is on the way.

Starting next week, the administration will launch a $ 100 million effort to fund community organizations that provide “high intensity” support to seniors at risk and people with disabilities through the Department of Health and Human Services. That includes assistance with booking appointments, traveling to vaccination sites, and other support during the vaccination process.

Similar programs are already underway at the state level.

In Clarksdale, Mississippi, the state organized its first mobile vaccinations for homebound older adults on Wednesday. That’s where Busby was picked up by a bus outside of a senior daycare and community center located next to a low-income senior housing complex.

When Busby resisted, a staff member encouraged her to join the group that was waiting to get on board. She later said that one of the main factors that motivated her to receive the vaccine was the support of her brother, who called her to encourage her to get vaccinated.

“I’ll call him as soon as I get home and tell him I did,” she said, as she walked back to the bus to return to the community center.

In reality, older people doubt less than many. According to an AP-NORC poll in late March, 11% of Americans 65 and older say they probably or definitely will not get vaccinated. That compares with 25% of all adults.

The White House has repeatedly singled out family members and community leaders as the best validators for overcoming doubts. It is also moving to create more vaccination sites closer to homes, recognizing that concerns about access span demographic groups. On Wednesday, the White House announced that the more than 1,400 federally qualified community health centers will be able to begin administering vaccines. It also aims to expand mobile vaccine clinics.

A disproportionate number of unvaccinated older adults come from black or Latino communities, or people without easy access to health care, said Kathleen Cameron, senior director of the Center for Healthy Aging at the National Council on Aging, reflecting disparities in the general population. And about 6% of older people are homebound.

“These are the most difficult people to reach, and they are the ones we must work the hardest to reach, either to take them to the vaccination centers or to bring them the vaccines,” he said.

Aurelia Jones-Taylor, executive director of the Aaron E. Henry Community Health Services Center, Inc. in Clarksdale, said one of the main aids, but sometimes barriers, to vaccinating older adults is family members. Some encourage their family members, helping them take them to clinics and making sure they receive their vaccinations.

But in many cases, younger family members are misinformed about the vaccine and discourage older relatives from getting it.. Other than that, older adults can be harder to reach because they are not social media savvy and live alone.

“They are trapped in the house and they are scared,” Jones-Taylor said. “We have to overcome fear.”

An important help in Mississippi, especially among older adults, is encouragement from pastors and church communities, Jones-Taylor said.

Julia Ford, 71, spends most of her days at the Rev. SLA Jones Activity Center. She said her faith was an important factor that motivated her to get the vaccine.

“He wasn’t sure what he would do: ‘Will I make it or not?’ I spoke with the Lord to give me understanding about it, ”said Ford, whose brother died from the virus. “I thought about the verse, ‘All that was made was made by him.’ There was nothing done that was not done by him. He made the virus and the antidote. ”