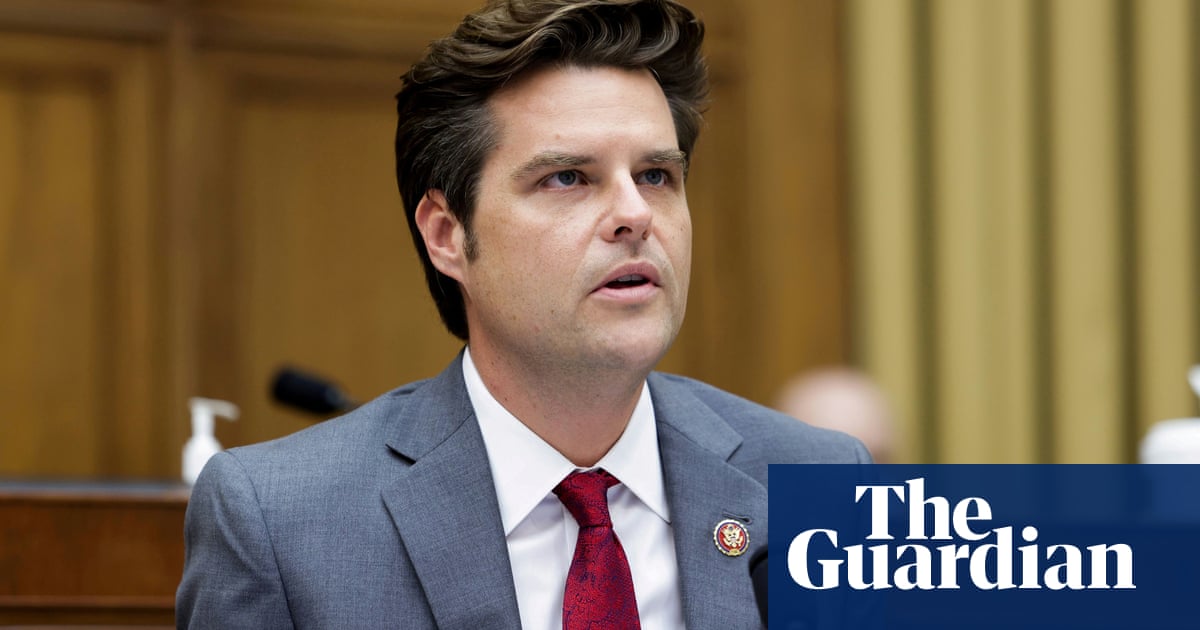 Federal prosecutors are reportedly examining whether Gaetz and a political ally facing sex trafficking allegations may have paid underage girls or offered them gifts in exchange for sex.

Few Republicans have been quick to offer any support to Gaetz, a three-term conservative provocateur known for his support of Trump, high-volume attacks, sometimes against those of his own party, and frequent media appearances.

The Associated Press reported that several lawmakers and advisers who spoke on condition of anonymity said Gaetz’s prospects of remaining in Congress were complicated by his unpopularity in his own party.

Meanwhile, The Daily Beast reported that advisers were begging the former president to keep quiet. Trump was reported to have said the matter looked “really bad,” though he also thought the allegations could be “libel” against Gaetz.

“I don’t expect anyone to be guilty of anything, but it seems like [Gaetz has] I have a lot to explain, ”Barry Bennett, a former Republican operative and former Trump adviser, told the website.

“People underestimate Donald Trump’s political ear… For something like this, a 10 foot pole is not long enough. The former president should stay as far away from this as possible. “

Fox News has also been silent. As Vox reported, the Gaetz affair was not mentioned on the right-wing network on Thursday or Friday until news anchor Brett Baier covered the allegations on his late-night show.

Gaetz has been a familiar presence on Fox News, according to Mediate who appeared on the channel 18 times in March. Shortly before news of the allegations against him broke, it was reported that he was considering retiring from Congress to pursue a career in the media.

Any of those plans is now under threat. Gaetz’s scrutiny reportedly stems from a Justice Department investigation of Joel Greenberg, a former Florida tax collector indicted last year and charged with several federal crimes. He has pleaded not guilty.

In addition, CNN has reported that Gaetz allegedly showed photos of naked women with whom he slept with his colleagues on the floor of the House of Representatives.

Republican leaders have been largely silent. But Gaetz spokesman Luke Ball has resigned.

Part of the investigation is examining whether the 38-year-old Gaetz had sex with a 17-year-old girl and other underage girls and violated federal sex trafficking laws, sources told the AP, adding that federal agents suspect that Greenberg may have attracted the girls and introduced some to Gaetz. Researchers are reportedly examining whether the two men had sex with the same girls.

The details of the investigation were first reported by the New York Times, which also said that Gaetz took ecstasy, an illegal drug, before having sex.

Gaetz has said, “None of the allegations against me are true.”

Among the few lawmakers who voice their support for Gaetz is Georgia’s freshman Marjorie Taylor Greene, another rising figure fueled by unfounded media appearances and conspiracy theories.

House Minority Leader Kevin McCarthy told reporters that the allegations against Gaetz were “serious.” Nancy Pelosi, the Speaker of the Democratic House, told reporters: “If in fact these allegations are true, of course being removed from the judicial committee is the least that can be done. From what we’ve heard so far, this would be a matter for the ethics committee. “

The investigation into Gaetz has been around since at least the summer of 2020 and has reportedly reached the highest levels of the justice department. Investigators have interviewed several witnesses and have been examining travel and financial records.

Greenberg was the elected tax collector in Seminole County, near Orlando, when he resigned last June after his arrest on charges including stalking a political opponent, sex trafficking of a minor and illegal use of a state database. to create fake driver’s licenses and other identification cards.

Since then, the case has skyrocketed to more than 30 charges, including wire fraud and charges involving efforts to divert at least $ 400,000 from the tax collectors office to cryptocurrency for Greenberg’s own use. Other charges accuse him of fraudulently trying to obtain coronavirus relief funds.

The justice department has a separate investigation into the extortion allegations, AP reported. Gaetz has said that his family has been cooperating with the FBI.