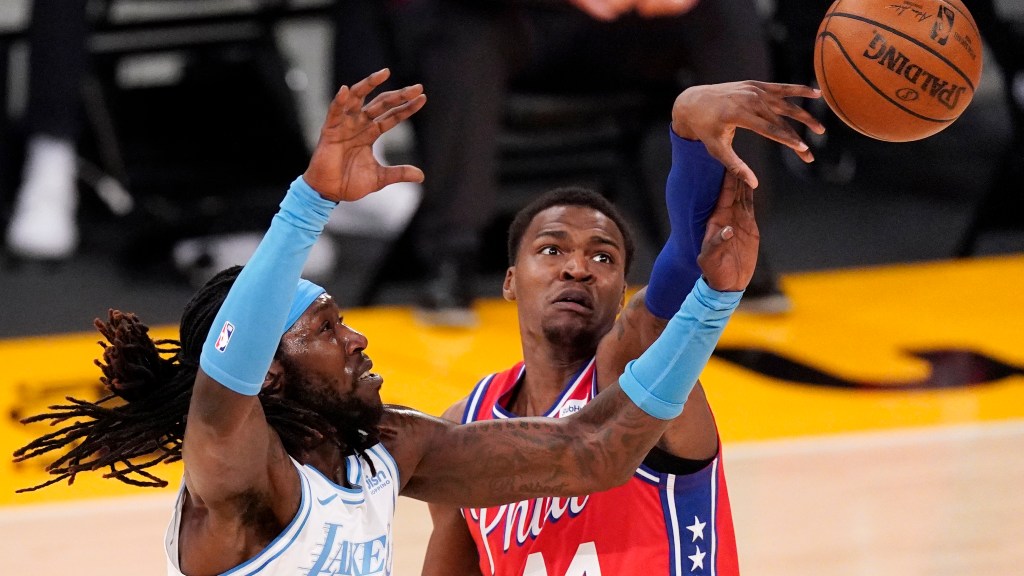 The Philadelphia 76ers have been happy with their rookie class in the 2020-21 season. Tyrese Maxey looks like he has potential as a backup point guard, Isaiah Joe looks like he can be a player on both sides, and Paul Reed won the G League MVP and Rookie of the Year.

Reed was on a two-way contract all season and will now become a standard NBA contract. The team announced the news Friday night after he scored four points off the bench in the team’s win over the Los Angeles Lakers on Thursday.

Philadelphia announced that they are converting Paul Reed to a standard contract and signing Mason Jones to a two-way deal. #Sixers

To replace Reed, the Sixers will sign Mason Jones to a two-way deal. Jones, a rookie from Arkansas, played 26 games for the Houston Rockets in the 2020-21 season. He averaged 5.8 points and 2.0 rebounds while shooting 35.9% from deep in Houston and will join Rayjon Tucker as the two-way players.

The Raptors believed they had a Kyle Lowry deal with the Sixers, the difference was the draft