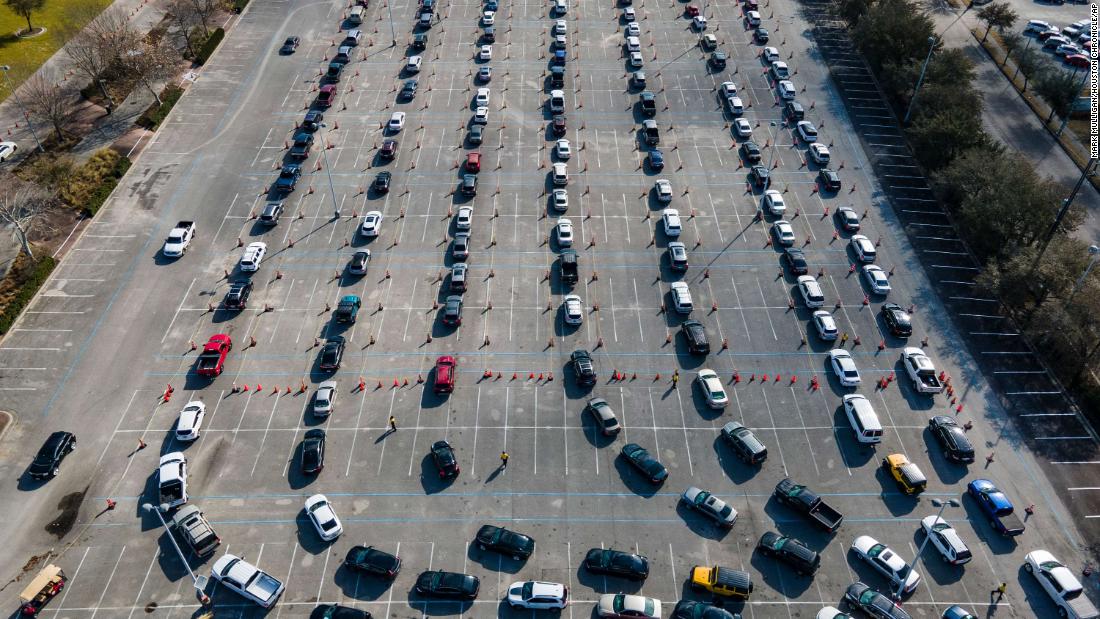 The Senate MP ruled against including the proposed minimum wage increase in the coronavirus stimulus bill, saying it would violate the budget process known as reconciliation that Democrats are using to advance the measure. That’s a blow to progressives, but it means there is less division on the bill now and it could be easier to pass in the Senate. The House is expected to pass the $ 1.9 trillion bill today. Everyone interested in getting this done wants it to happen before March 14, when federal unemployment benefits will expire.

The US military carried out airstrikes on a site in Syria used by two Iranian-backed militia groups. The attacks mark the first known action by the US military under Biden and were in response to rocket attacks against US forces in the region in the past two weeks. A rocket attack on February 15 against coalition forces near Erbil International Airport in Iraqi Kurdistan killed one civilian contractor and wounded nine others; Iran denied its involvement in the attack. The US attacks come as Washington and Tehran position themselves for negotiations on Iran’s nuclear program, which could complicate an already fragile process.

At any moment, the Biden administration will release a long-awaited US intelligence report on the murder of Saudi journalist Jamal Khashoggi. The report is expected to further implicate Saudi Arabia’s powerful crown prince Mohammed bin Salman in the death of the Washington Post columnist. Biden spoke by phone with Saudi King Salman bin Abdulaziz Al-Saud yesterday, implying the report’s imminent release. Both parties said the call, which did not mention Khashoggi by name, went well. Democratic lawmakers are expected to introduce legislation today to hold Saudi Arabia accountable for Khashoggi’s death, but for the White House, it’s a delicate balance. Saudi Arabia is an ally of the United States, one with close ties to former President Trump, and Biden is interested in revising expectations in the two countries’ relationship.

John Geddert, who coached the United States Olympic women’s gymnastics team in 2012, committed suicide yesterday after being charged with 24 felonies in connection with the abuse of young gymnasts. The 63-year-old was facing charges that included human trafficking and criminal sexual conduct, and was expected to turn himself in yesterday afternoon. Geddert was the former owner of Michigan’s famed Twistars Gymnastics Club, one of the places where Larry Nassar, the disgraced former gymnastics doctor, had admitted to sexually abusing young athletes. Geddert was also a supporter of Nassar, who in 2018 was sentenced to up to 175 years for his decades of abuse. Sarah Klein, who identified herself as the first to be abused by Nassar, called Geddert’s suicide an “escape from justice.”

The Golden Globes are this weekend

Take off your fancy slippers to watch TV for the start of awards season.

Mr. Potato Head is dropping the ‘Mr.’ and ‘Mrs.’ in favor of gender neutrality

We are all Potato Heads.

PepsiCo knows that everyone drinks cocktails at home. So he’s throwing a booze mixer

Anything is a mixer if you commit to it.

An openly gay black man during the Jim Crow era, Rustin faced prejudice even within the civil rights movement. Still, it was he who convinced Dr. Martin Luther King Jr. to adopt nonviolence as a tactic of protest. Rustin’s greatest achievement was organizing the March on Washington, which drew more than 200,000 peaceful protesters of different races and religions to the nation’s capital in 1963. Rustin also became more outspoken about his sexuality later in life and has been hailed as an LGBTQ hero.

That’s the number of electric cars Hyundai is recalling to replace their batteries after 15 reports of fires involving the vehicles. Although the number of cars involved is relatively small, the recall remains one of the most expensive in history.

TO National security officer, who told CNN that concern is growing as increasing numbers of unaccompanied children arrive at the southern border of the United States. Shelters’ capacity is limited due to coronavirus restrictions, leaving the feds scrambling to find space to house them.

How to make 3D puzzles

Alright folks, it’s the weekend. Party time! And by party, we mean settling down with a puzzle and a cup of tea or something. (Click here to see.)