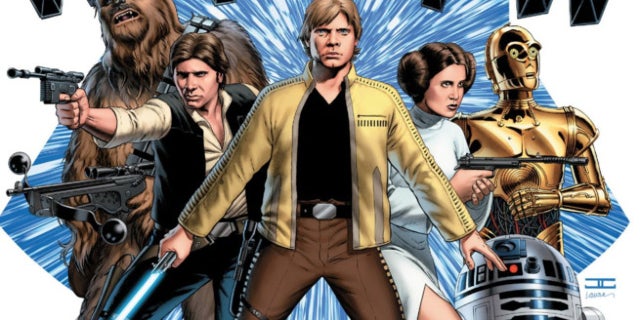 The Last Jedi is less than a month away, and the need for a Star Wars solution has never been so strong. Whether you're looking for something while you wait for the latest movie to come out or Star Wars to continue, there are many excellent derivative stories produced within the new Disney continuity. There are some excellent TV shows and novels, but nothing compares to the Star Wars comics produced by Marvel Comics at this time. Since the line was revitalized in 2015, he has been one of the publisher's best sellers, and his most praised set of titles.

That's why we're here to give you some recommendations on where to start. Although Marvel Comics has continued to print some of the clbadic collections, we remain focused on the current continuity and what is available now rather than long, long ago. These are our top five selections for Marvel Star Wars comics for anyone interested in exploring more of the myths between movies. It's a collection of ongoing series, mini-series and a single shot, but they all have one thing in common: they capture the magic of the movies. It's not an easy thing to achieve, but these comics are the best thing to sit in a theater for The Last Jedi or what comes next.

Who does not love Chewbacca? It is not a rhetorical question, if you know someone who does not like Chewbacca, please indicate so we can help you. Furball has been a fan favorite since the first movie and his Marvel miniseries only helps clarify why that love is so well earned. On a solo mission Chewbacca is left stranded and decides to help a group of workers abused by the empire. [19659002] The combination of lush and pictorial art of Noto and Duggan's clever script (which never translates a single word of Chewbacca) makes this one of the best matches of any St. ar Wars comic to date. The lack of language also helps to show the middle of the comics as Noto makes every action and emotion of Chewie perfectly clear. This is a good story that is still loaded with action and humor, in other words, a great Star Wars story.

This one-shot with C-3PO and the story of how he got his red arm in The Force Awakens is all Darth Vader is not. It has one of the least loved characters in Star Wars and answers a question that nobody was really asking. However, it is the best Star Wars story published by Marvel Comics to date.

This single issue tells the stories of a diverse set of droids struggling to survive in dangerous conditions. Not all of them succeed, but their true characters reveal themselves and their actions inspire hope and courage. It is a minor story within the Star Wars universe, but all the key elements of the series can be found on its pages. The creative configuration, the great personalities and the focus on individual courage make each story unique and digestible. While C-3PO may not be anyone's favorite character, this story could be your new favorite Star Wars comic.