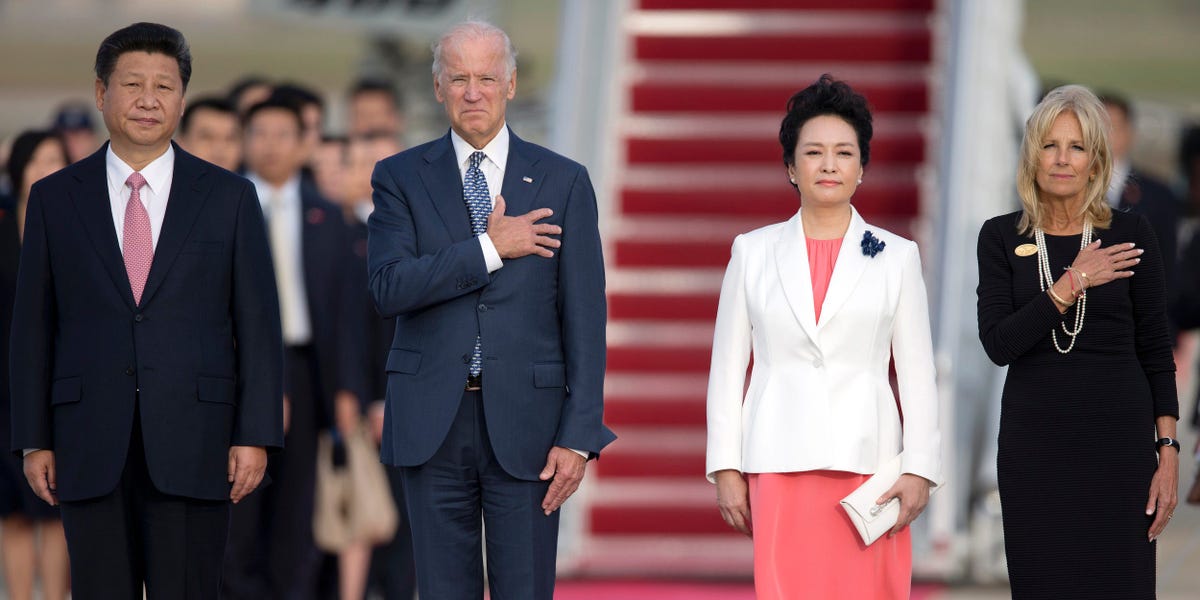 Nearly four in 10 respondents (36%) in a new Insider poll said President Joe Biden’s policy toward China is weak or too weak.

Survey participants were asked: How do you feel about the Biden administration’s stance towards China?

Here’s a breakdown of the survey’s findings on how the United States feels about Biden’s policy in China:

The survey found a significant disparity in the way respondents answered the question based on their apparent political affiliation.

Of the respondents who said they would likely vote in the Democratic primary or their state caucus, for example, a majority (about 55%) said that Biden’s position on China is “more or less correct.” Slightly less than 15% of this cohort said Biden’s policy in China is “weak” or “too weak.”

Comparatively, about 46% of respondents who said they would likely vote in the Republican primary or their state caucus said Biden’s policy in China is “too weak.”

Since his presidential campaign, Republicans and right-wing pundits have repeatedly accused Biden of being too soft on China. But the president’s policies toward Beijing have not changed dramatically from those seen under President Donald Trump. Biden, for example, has not gotten rid of the Trump-era tariffs on China that were at the center of a controversial trade war.

The Biden administration has made the challenge of China’s ever-expanding global influence a top priority, and has also targeted human rights abuses in Xinjiang, Tibet and Hong Kong.

“Competition with China is going to be tough,” Biden said during the Munich Security Conference last week, calling on the United States and Europe to “reject the economic abuses and coercion of the Chinese government.”

Secretary of State Antony Blinken has said Trump was right to take a tough stance on China, but has questioned the former president’s methods.

Meanwhile, some progressives in Congress have warned Biden not to get swept up in a new Cold War with China, as Republicans seek to portray him as weak toward Beijing.

SurveyMonkey Audience surveys of a national sample balanced by census data for age and sex. Respondents are encouraged to complete surveys through charitable contributions. Generally speaking, digital surveys tend to lean towards people with internet access. SurveyMonkey Audience does not attempt to weight your sample based on race or income. The survey data collected 1,154 respondents on February 22, 2021 with a margin of error of 3 percentage points.