29 Argentines sentenced to life imprisonment in the trial of Death Deaths & # 39; 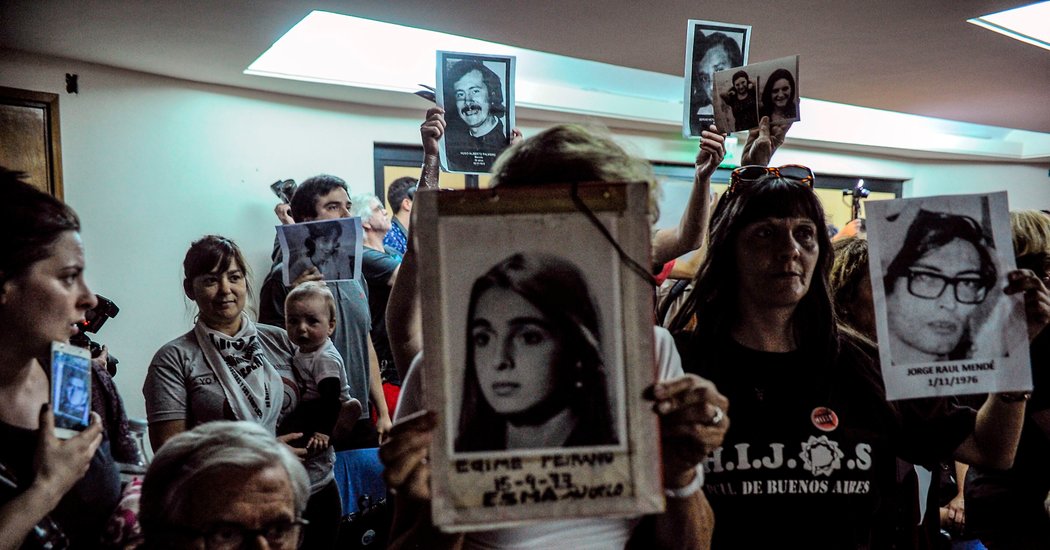 The five-year trial highlighted the systematic torture and killing of thousands of people suspected of opposing the military government. They were held in a clandestine detention center in a naval base in Buenos Aires by order of the junta that governed Argentina between 1976 and 1983.

In a series of hearings, witnesses told with chilling detail how the citizens were drugged, charged in planes and thrown into the waters off the coast of Buenos Aires. Although this practice has been known for a long time, prosecutors managed to cross testimony and documents to detail how one of the most atrocious tactics of the Argentine dictatorship was carried out.

The trial also shed light on the complicity of the Roman Catholic Church in the crimes of the junta. No member of the clergy was charged in the trial, but prosecutors alleged that church officials were complicit in the concealment of detainees of international human rights inspectors.

"We are very satisfied with the verdict," said Abel Córdoba, a prosecutor. "We believe that this is a just decision that demonstrated the methodology of death flights as a form of extermination."

Of all the secret detention centers in Argentina at that time, the most infamous was at the Superior School of Mechanics of the Navy, known as ESMA, its acronym in Spanish. According to the testimony, some 5,000 people were arrested and tortured at the base, which is now a monument to human rights.

High-profile defendants in the case included former naval officers Alfredo Astiz, Ricardo Cavallo and Jorge Acosta, who were already in the verdict. The verdict comes when Argentine human rights organizations question the commitment of President Mauricio Macri with the legal calculation of the human rights abuses committed during the dictatorship, an effort defended by its predecessor, Cristina Fernández de Kirchner. .

Mr. Macri has endeavored to emphasize his support for the cases. However, activists say their administration has sent contradictory signals by dismantling human rights departments in the ministries; by questioning whether the often cited estimate of the victims of that time has been exaggerated; and emphasizing the need for Argentina to turn the page in that dark chapter of its history.

Mr. Córdoba said he was confident that the country's changing policy would not hinder the pursuit of justice in dozens of pending human rights cases. "We believe it is important that the courts continue to send a message about crimes against humanity," he said Wednesday night.

Argentina has done more than any of its neighbors to punish people for crimes committed during the era of military rule. Until last month, 818 people had been convicted and 754 accused were being prosecuted in Argentine court cases, according to the Attorney General's Office.

The Argentine junta has been considered the most ruthless of the time, as it has arrested, tortured and killed some 30,000 people it considered "subversive". In addition to killing people suspected of being dissidents, military officers kidnapped hundreds of babies who were later raised by families loyal to the government.