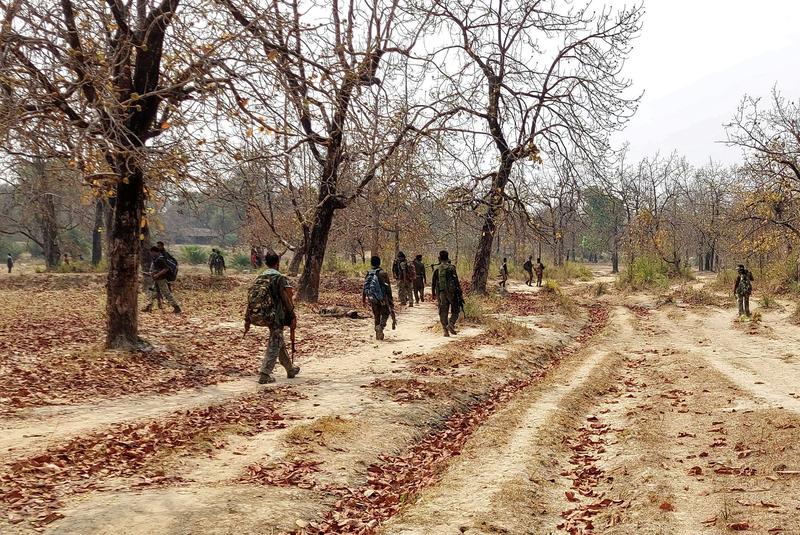 (Reuters) – At least 22 members of the Indian security forces were killed in a central Indian state by Maoist fighters in one of the bloodiest attacks by the far-left insurgent group this year, officials said on Sunday.

Security personnel belonging to the elite CoBRA unit of the Central Reserve Police Force, the District Reserve Guard and the Special Task Force were attacked on Saturday in the tribal-dominated state of Chhattisgarh during an operation against the insurgency.

“We can confirm that 22 of the members of the Indian forces have been killed by Maoist fighters,” said a senior government official in Raipur, the mineral-rich capital of Chhattisgarh.

They were killed in a four-hour shooting in the Sukma border district, 540 kilometers (340 miles) south of Raipur.

Om Prakash Pal, a senior police official in Raipur, said combing operations were underway to track down a missing member of the security forces.

The death toll was the highest for Indian security forces fighting far-left guerrillas since 2017.

Interior Minister Amit Shah said the government will not tolerate such bloodshed and that “an adequate response will be given to prevent such attacks.”

The Maoists, also known as Naxals, have waged an armed insurgency against the government for decades. Leaders of the hard-line leftist militant group say they are fighting on behalf of the poorest, who have not benefited from a long economic boom in Asia’s third-largest economy.

Since 1967, the group considered the greatest threat to the country’s internal security has assumed control of vast tracts of land in central and eastern India, establishing the so-called “red corridor”.

The militant group operates from thick forests and its operations against the Indian administration and forces are shrouded in secrecy. The group has not claimed responsibility for the latest attack.

Hours after the attack, Prime Minister Narendra Modi wrote on Twitter that “the sacrifices of the brave martyrs will never be forgotten. Let the injured recover as soon as possible. “

Last month, five policemen were killed and several more injured in an explosion in what police said was a Maoist attack on a bus carrying more than 20 security personnel.