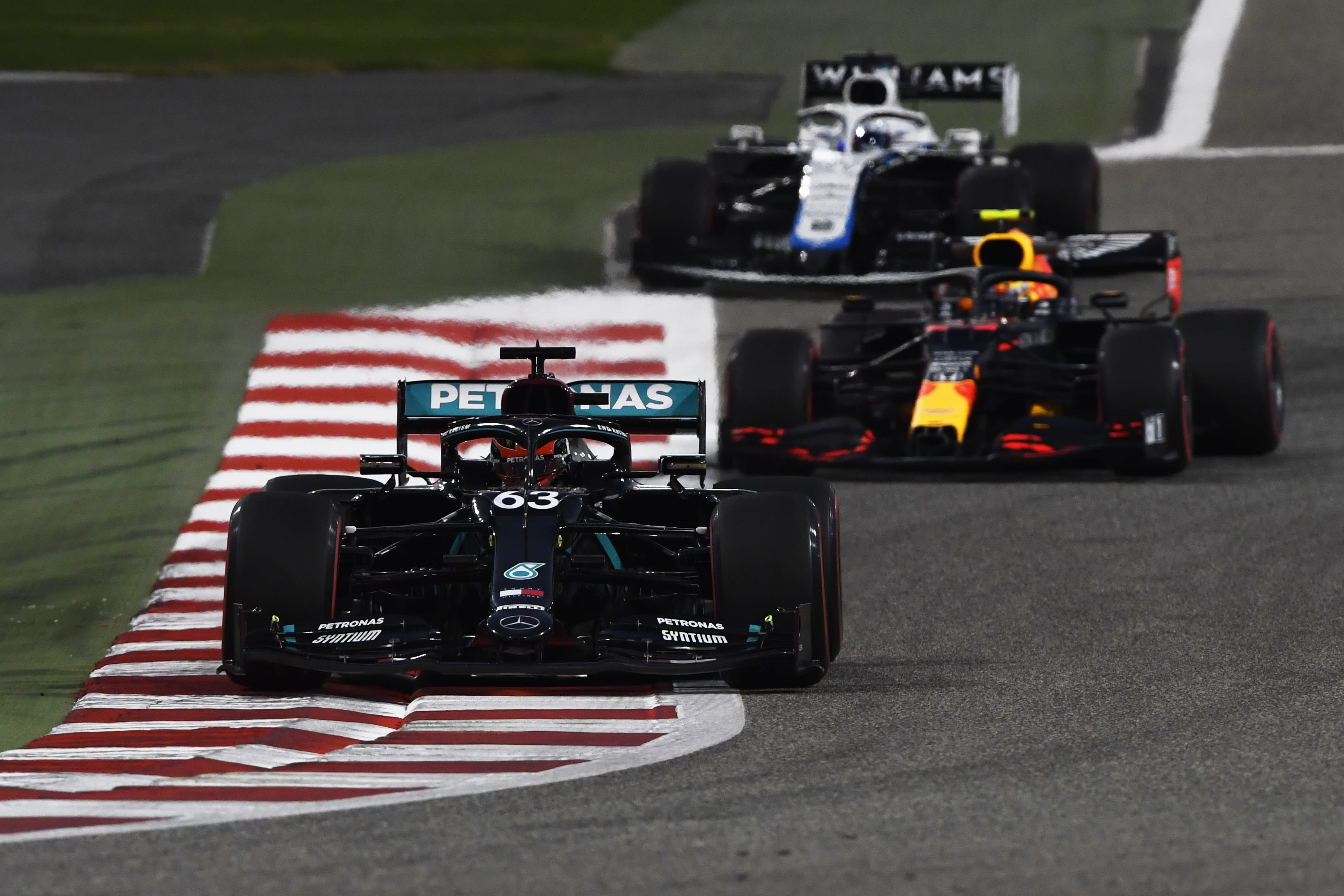 George Russell began his weekend flight as Mercedes super-sub in the first practice session of the Sakhir Grand Prix ahead of Max Verstappen of Red Bull, as drivers got their first taste of the ‘Outer Loop’ track configuration. In Bahrain.

In the absence of Lewis Hamilton, who is sidelined with the Kovid-19 this weekend, Russell has taken his place at Mercedes this weekend and has a 54.546 lap on this fast layout of the Bahrain International Circuit. Finished their first season with. Russell’s lap was 0.332s faster than Team Met Valerie Bottas’ best effort, fourth fastest after Russell and the two Red Bulls.

READ MORE: When will he return and who will replace him? Major questions answered by Hamilton after testing positive for Kovid-19

Red Bull captured P2 and P3, with Russell speeding Verstappen at 0.176 and Alex Albon at just 0.265 points. Albon had a high-speed spin at Turn 2 at the end of the season, but his RB 16 was fortunately left unsaturated.

Fifth-ranked Daniel Keewat was a half-a-second away from Russell and was tenth compared to sixth-placed teammate Pierre Gasly as Alfatouri had an encouraging season. In a bizarre moment, Galli found himself sticking to his right hand mirror at one point, as it threatened to cause the car to fall back into the pits.

Renaults and Ferraris lined up in sequence with Estebon Okon seventh and Daniel Ricciardo ninth; Sebastian Vettel eighth and Charles Lechler 10th – both teams were hoping for more after finishing behind McLaren’s in last week’s Bahrain Grand Prix.

Racing Point therefore missed the top 10, with Lance Stroke 11th and Sergio Perez, who retired from podium contention for the last time on the 12th.

McLaren was also absent from the top-10 in FP1, with Carlos Sainz spending a lot of time in the garage to repair bumps of this circuit layout and heavy curbs. Lando Norris was 16th overall.

Between McLarenes was Kimi Raikkonen of 14th place and Alpha Romos of Antonio Giovinazzi in 15th place.

As Romain Grosgen recovered from his dreaded crash in the last race, Pietro Fitippaldi was named as his replacement and finished P19 for Haas this season. He was just under second teammate Kevin Magnesen, who finished 17th after being ready to make the jump to the States Sports Cars in 2021.

Behind Fitipaldi was Williams’ reserve driver, Jack Eitken, who stood in for Russell this weekend. Aitken finished the standings, 2.157 from Russell to Mercedes, and 18th from teammate Nicholas Latifi.

Williams’ Latifi and Aitken were the only drivers not to set their fastest times on soft tires, with Latifi using mediums for his personal best and Aitken using harsh compounds.

Free Practice 2 is likely to be another action-packed session as Lap comes thick and fast on this very short circuit, but will anyone be able to get Mercedes temporary driver Russell away from the top of the standings? As soon as it is known that FP2 starts at 2030 local time.