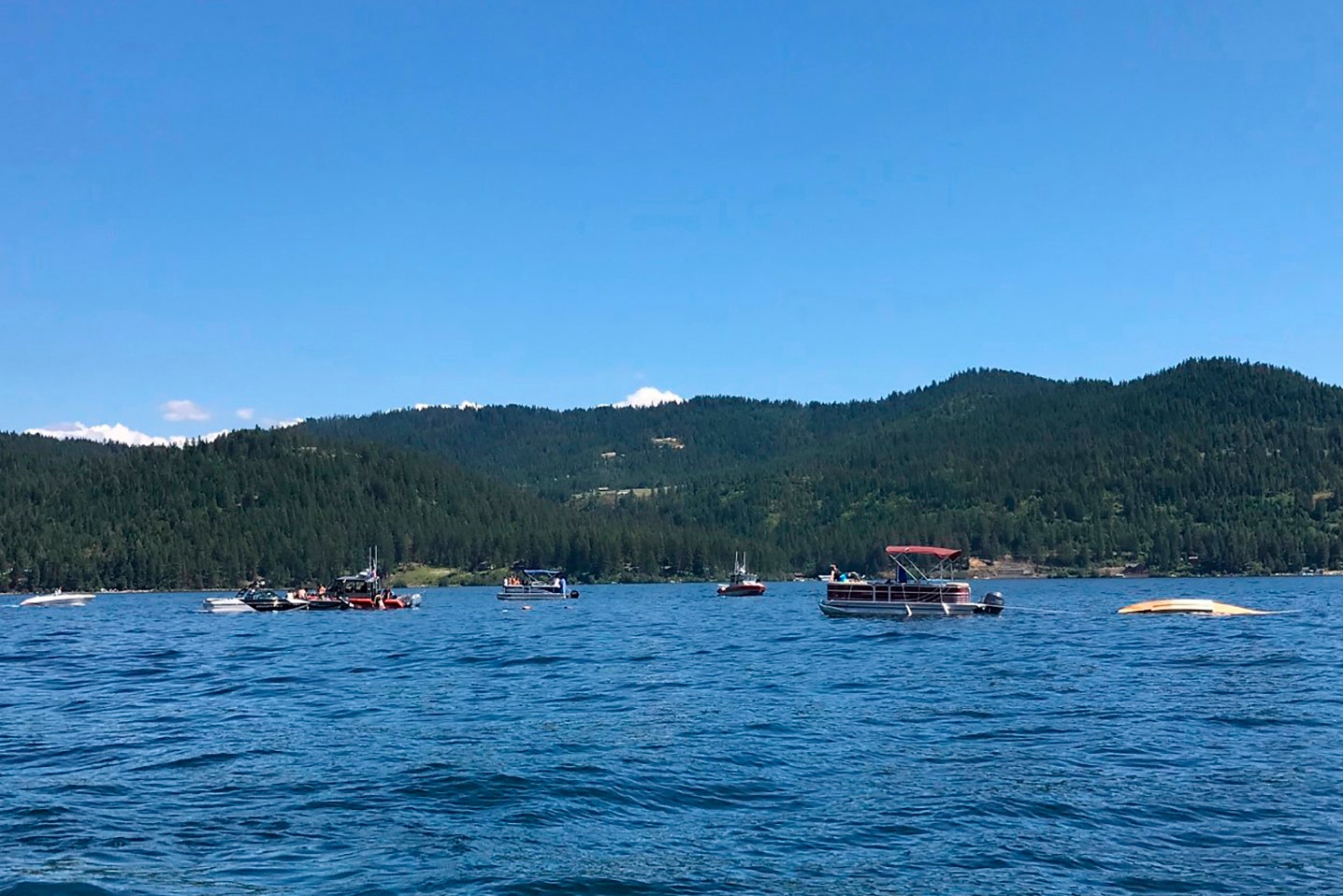 Two planes collided over Lake Coeur d’Alene in Idaho on Sunday and crashed into the water, authorities said.

The two planes were carrying eight passengers, according to early reports. The Kootenai County Sheriff’s Office said the planes were located by her sonar team and that two bodies were pulled out of the water.

“At this time, there are believed to be no survivors,” a statement said.

Several agencies responded to the accident that occurred around 2:20 pm local time. Eyewitnesses reported seeing the two planes collide near Powderhorn Bay. The National Transportation Safety Board has been notified and will respond to investigate the accident, according to a sheriff’s statement. The planes are in 127 feet of water.

NTSB said the crash involved a Cessna TU206G and a De Havilland DHC-2, according to a tweet.

Spokesman-Review reported that the sheriff’s office does not have the necessary equipment to get to the planes, and will likely have to hire a commercial diving group.

Patrick Pearce told the Spokesman-Review that he saw two single-engine planes approaching each other, 800 to 900 feet above the water. Pearce, a pilot, said he recognized from engine sounds that both planes were traveling at a fairly high speed, the newspaper reported.

The planes collided before crashing into the lake, Pearce said.