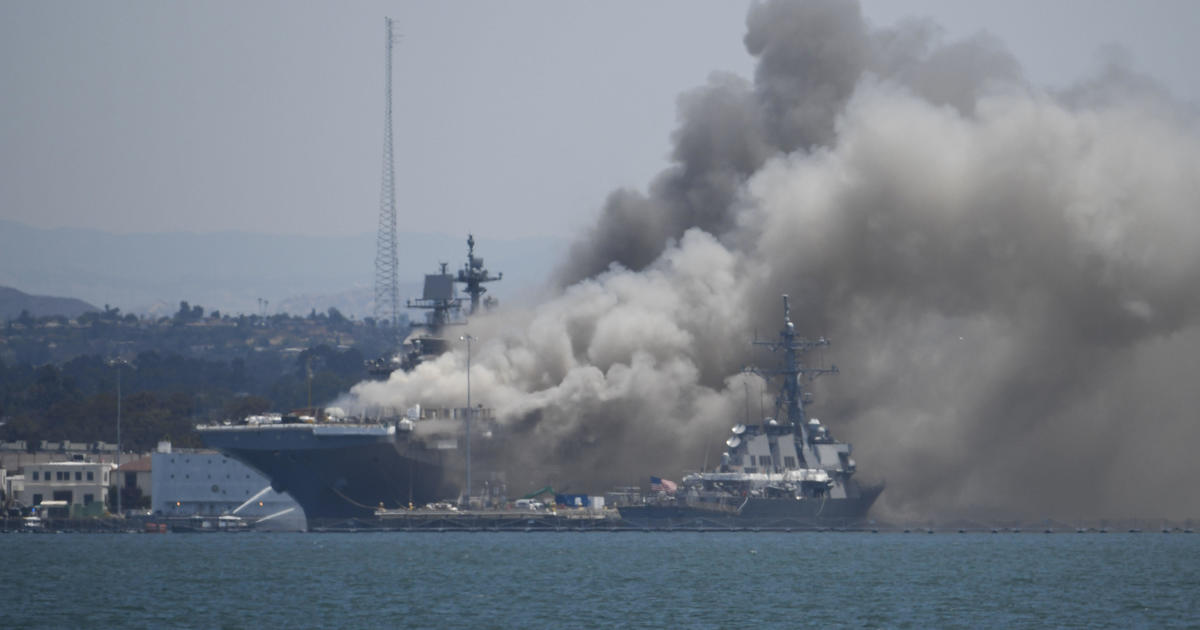 A three-alarm fire broke out Sunday morning aboard the USS Bonhomee Richard at the San Diego Naval Base, military officials said. At least 17 sailors and four civilians were sent to hospital for “life-threatening injuries,” according to the Navy. All were in stable condition as of Sunday night.

As of Sunday night, 13 sailors and two federal firefighters remained hospitalized and were still in stable condition, Navy officials said.

The fire broke out shortly before 9 am local time and the cause of the fire is under investigation. The video posted on social media showed teams responding and smoking in the air. The San Diego Fire Department, which assisted in the emergency, said there was an explosion.

The USS Bonhomme Richard is an 840-foot amphibious assault ship, and the Navy said there were 160 sailors on board at the time of the incident. All personnel are accounted for, according to the Navy. It was unclear where the onboard fire started. Authorities initially said that one person was treated for smoke inhalation.

“We are grateful for the prompt and immediate response from local, base and onboard firefighters aboard the USS Bonhomme Richard,” said Admiral Mike Gilday, chief of naval operations. “Our thoughts and prayers go out to our BHR sailors, their families, and our emergency services who continue to fight the fire.”

The Associated Press said the boat was under routine maintenance at the time of the fire. San Diego is Bonhomme Richard’s home port.

Nearby Navy ships USS Fitzgerald and USS Russell “moved the berths to a dock further from the fire,” officials said Sunday afternoon. Authorities said at a press conference Sunday night that a 1,800-foot perimeter has been established around the USS Bonhomee Richard.

The San Diego fire chief said the fire could burn for days. Lawrence B. Brennan, professor of admiralty and international maritime law at Fordham University in New York, told the AP that the fire could be particularly destructive if it reached the engine room and other confined spaces.

“The heat from a fire of this nature can deform steel, and that can be a major problem for any ship,” he said. “On an old ship, it’s even more of a problem.”