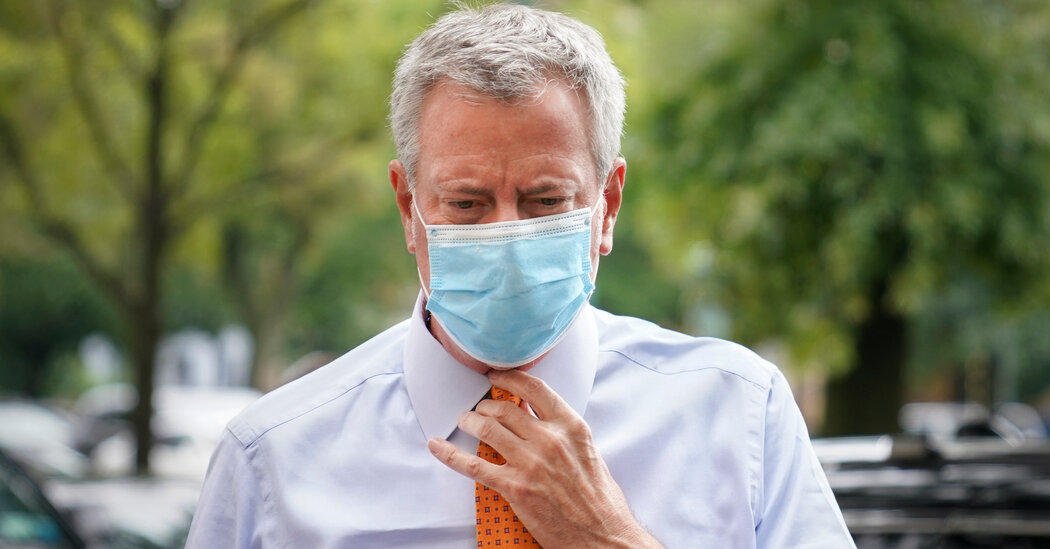 More than 150 powerful business leaders in New York City got together on Thursday to ask Mayor Bill de Blasio to address public safety and other quality-of-life issues that he said were jeopardizing the city’s economic recovery .

The CEOs of companies such as Goldman Sachs, Vornado Realty Trust and JetBlue sent a letter to the mayor making a critical assessment of life in New York City during the epidemic, and having no confidence in the mayor’s ability to correct it Was suggested.

The letter stated that “there was widespread concern over public safety, sanitation and other issues of life that are contributing to the deteriorating conditions in the five boroughs in commercial districts and neighborhoods.”

And if the mayor did not address those issues, business leaders warned that people leaving the city would return due to legitimate concerns over “the safety and legitimacy of our communities”.

Business leaders acknowledged the city’s success in incorporating coronoviruses, but highlighted that “an unprecedented number of New Yorkers are unemployed, facing homelessness, or otherwise at risk.”

Mr. de Blasio responded in a conciliatory tone, urging business leaders to work with him, arguing that the city needed federal money and new lending capacity.

“We need these leaders to join the fight to move the city forward,” the mayor said on Twitter.

The letter also highlights a cultural divide in how people have responded to the outbreak. While some New Yorkers have left for the suburbs or vacation homes, many who remain have left the problem with the depiction of a city and erupted with clutter.

In fact, signs of normal eating have returned, from outdoor eating to socially disordered gatherings in parks. By the end of the month, the person’s education in public schools and indoor meals will return.

“We are grateful for the input of the business community, and we will continue to partner with them to rebuild a better, better city,” Mr. De Blasio spokesman Bill Nidhart said in a statement. “Let’s be clear: We want to restore these services and save jobs, and the most direct way to do this is through long-term lending and a federal incentive. We ask these leaders to join this fight because the stakes are there. Can not be more. “