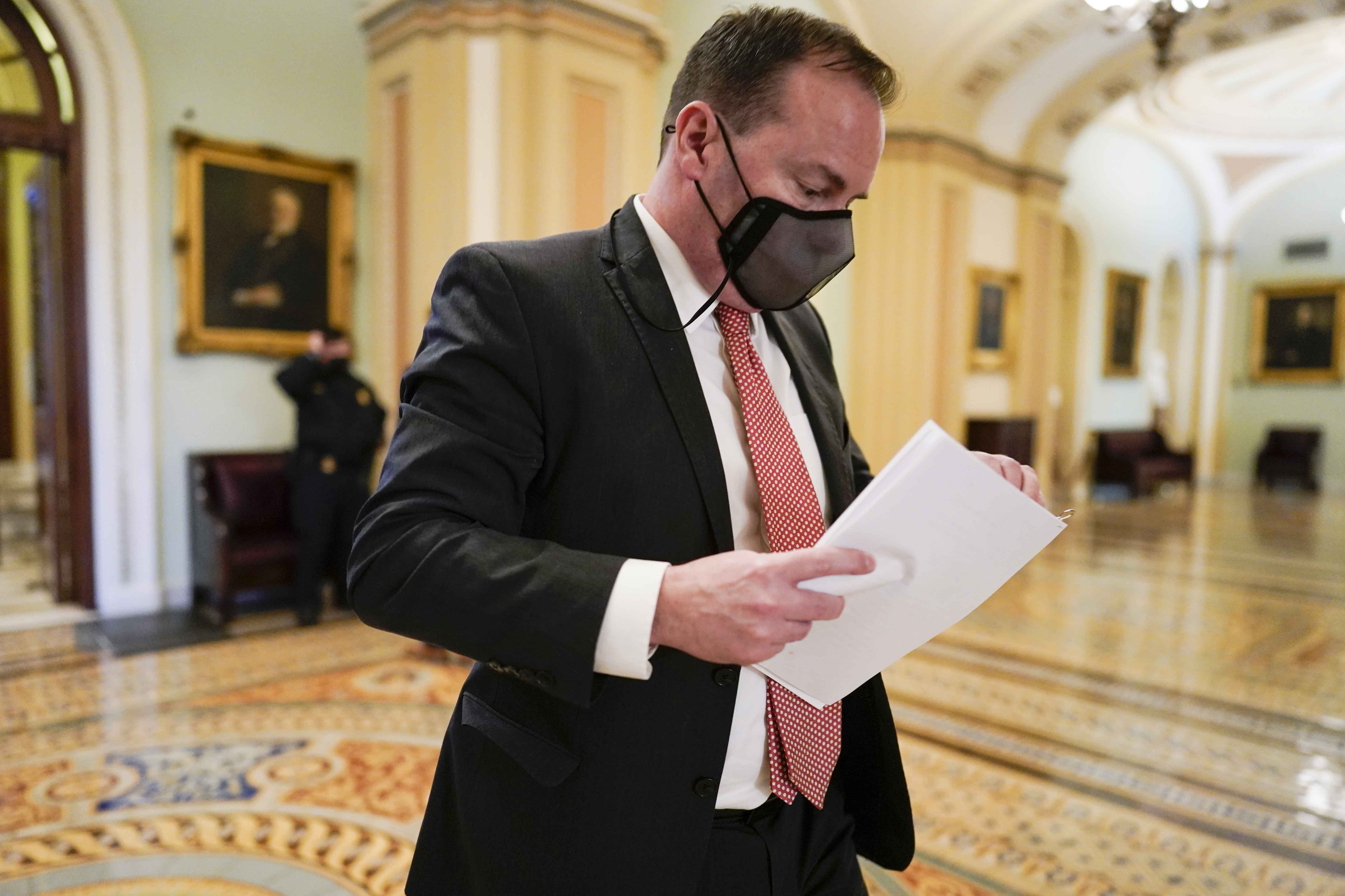 The letter against the appropriations includes a diverse mix of lawmakers, illustrating that opposition to so-called Congressional-led spending spans the ideological spectrum in the Republican Party. Among the signers: Senator John Cornyn of Texas, an ally of minority leader Mitch McConnell; Senator Josh Hawley of Missouri, a possible 2024 contender who challenged the certification of the election results; Senator Joni Ernst of Iowa, member of the Republican leadership; Senator Ben Sasse of Nebraska, who voted to convict former President Donald Trump in his second impeachment; and Senator Rand Paul of Kentucky, a libertarian ally of Trump.

The Senate Republican Party will vote Wednesday on reinstating the appropriations, which were first banned in 2010 after conservatives opposed directing the money to projects like the famous “Bridge to Nowhere” in Ketchikan, Alaska.

With Democrats planning to revive appropriations now that they control Congress, Republicans have struggled over whether they should take advantage of the spending practice. House Republicans faced a similar internal debate, but ultimately voted in a secret ballot 102-84 to accept the assignments as long as certain criteria are met.

The Republican ban on appropriations is one of the last vestiges of the Tea Party era, and some are reluctant to ditch the ban in the post-Trump Republican Party. Critics argue that the practice is ripe for abuse and would only lead to “pig keg” spending. They also argue that it would be politically unwise to give Democratic leaders a useful tool to corner Republican votes that can be won on important bills, especially given the narrow majorities in President Joe Biden’s party.

But other Republicans argue that they would be at a great disadvantage if they chose not to allocate funds while Democrats reap the rewards of the spending practice. Allowing lawmakers to lock in money for specific projects, Republican lawmakers say, would return power to the legislature and away from the Biden administration. Proponents of the appropriations further note that if Republicans don’t want to participate, they don’t have to: lifting the ban would only open the option for Republican senators, not force them to do so.

Burgess Everett contributed to this report.