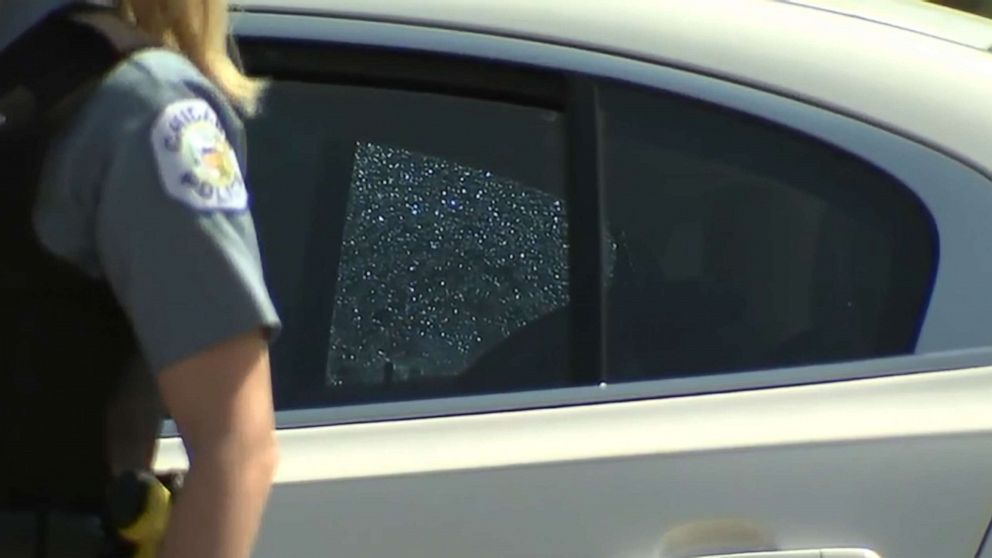 The victim was in serious condition after the shooting.

A 1-year-old boy is in serious condition after he was shot in the head during an apparent road rage incident in Chicago, authorities said.

Shots were fired for about two blocks along the highway, during which a boy of almost 2 years was hit in the head, the Commander. Jake Alderden of the Chicago Police Department 1st District told reporters during a news conference a few hours after the incident. Multiple shell casings were recovered in those two blocks, he said.

The drivers appear to be “completely unfamiliar with each other,” Alderden said.

“There was a dispute possibly about someone not letting anyone get into a lane of traffic,” he said.

The vehicle carrying the boy continued to drive before crashing shortly after on Lake Shore Drive.

A Good Samaritan took the little boy and other occupants of the car to Northwestern Memorial Hospital, police said. From there, he was taken to Lurie Children’s Hospital, where he was in critical condition, Alderden said.

Police recovered a pistol from the crashed car and are determining whether it was fired during the incident, the commander said.

The police district plans to release a description of the car involved in the incident, Alderden said.

Mayor Lori Lightfoot said detectives have a suspect and are “actively chasing the other car.”

“Obviously, every time someone is shot in Chicago it is tragic, particularly as a child,” the mayor said during a news conference Tuesday afternoon. “This was a simple, but stupid, road rage.”

The victim was receiving full critical care support, including use of a ventilator, in the pediatric intensive care unit, Lurie Children’s Hospital officials said Tuesday afternoon.

“He is in serious condition,” Deputy Medical Director Dr. Marcelo Malakooti told reporters during a press conference outside the hospital. “It is a very serious gunshot wound.”

The boy is believed to have suffered a gunshot wound and a brain injury, Malakooti said.

“It is a very delicate situation,” he said. “It can change every hour for us.”

Ja’Mal Green, a Chicago community activist, offers a $ 5,000 reward to obtain information leading to the arrest of the gunman.

“This should not be our reality,” Green, who is the father of a 2-year-old boy, said at a news event Tuesday. “We have to bring this horrible person to justice.”