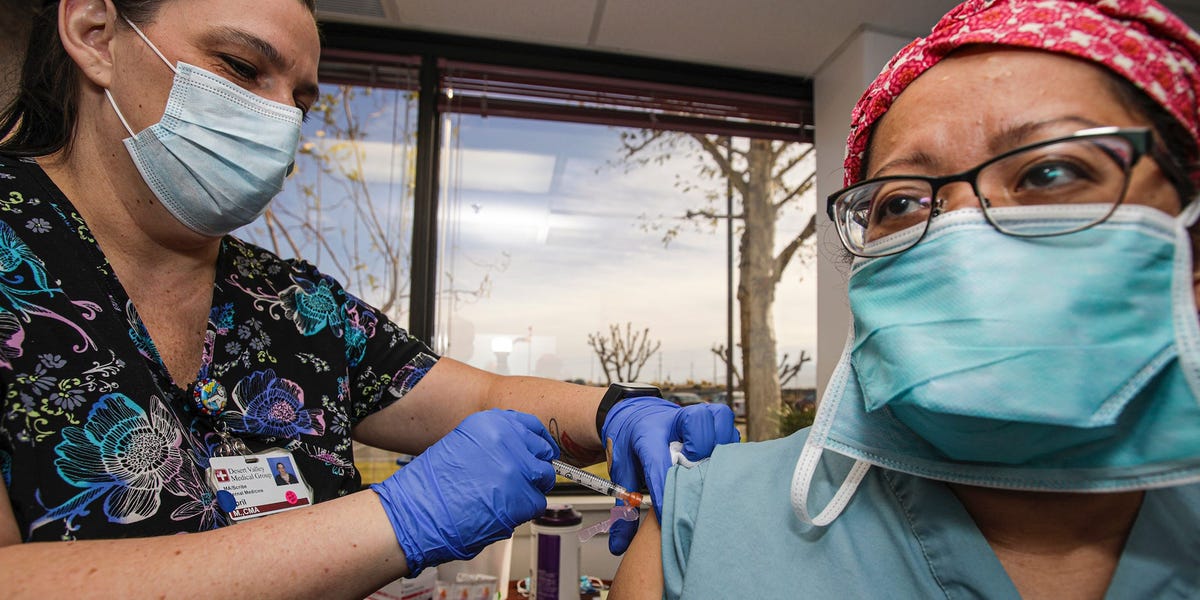 The two-dose COVID-19 vaccine from Pfizer and BioNTech provides strong protection against infection with a single injection, and likely stops the spread of the virus, according to the results of a large-scale, real-world study published Monday.

“One dose reduces the risk of getting an infection by more than 70%, increasing to 85% after the second dose,” Public Health England (PHE) said in a press release Monday. “This suggests that the vaccine can also help interrupt the transmission of the virus, since you cannot spread the virus if you do not have the infection.”

The study authors said that “significant protection against infection” began 10 days after injection and stabilized after 21 days.

The findings show that Pfizer’s vaccine works against the UK variant of the coronavirus, called B.1.1.7, which was highly prevalent in the UK during the study period, the authors said.

B.1.1.7 is estimated to be 30-50% more contagious and has spread throughout the world, including to 44 US states, according to the Centers for Disease Control and Prevention (CDC).

So far, more than 32.8 million doses of the Pfizer injection have been implemented in the US, according to the CDC.

PHE’s ongoing SIREN study has followed more than 23,000 UK healthcare workers for two months, testing them every week for COVID-19 regardless of whether they had symptoms. They had biweekly polymerase chain reaction (PCR) lab tests, the gold standard, and rapid antigen testing twice a week.

The study then looked at the time to COVID-19 infection, confirmed by PCR, and compared those who were immunized with those who were not. Frequent testing meant that researchers could detect people infected with the virus without symptoms, which they used as “a proxy for transmission”: One in three people who have coronavirus has no symptoms, but could inadvertently transmit it.

The study is a preprint awaiting scrutiny of its methods and conclusions by other experts before publication in the Lancet medical journal.

Another study of healthcare workers in Israel published in The Lancet on February 18 found that the Pfizer vaccine was effective in protecting against symptomatic infection between 15 and 28 days after the first dose, but did not evaluate asymptomatic transmission.

The SIREN study participants were of working age, mostly white women, and three-quarters had no coexisting medical conditions, so the findings might not be generalizable to the general population or older people.

PHE said in the press release that early data from routine testing showed that one dose of the Pfizer injection was 57% effective in protecting against symptomatic COVID-19 disease in people over the age of 80, increasing to over 85. % with a second dose.

This effect occurred approximately three to four weeks after the first dose. The lower efficacy number, compared to the SIREN study findings, is likely due to the immune system responding less well to a vaccine as we age. Hospitalization and death from COVID-19 were reduced by more than 75% in those who received a dose of the Pfizer-BioNTech vaccine, PHE added.

A study in Scotland reported similar findings on Monday. The study looked at the rate of hospitalization after vaccination and found that the Pfizer injection reduced hospital admissions by up to 85% four weeks after the first dose.

Dr. Mary Ramsay, chief of immunization at PHE. He said there is “strong evidence” that the Pfizer-BioNTech vaccine prevents people from becoming infected, while protecting against hospitalization and death.